In addition to the ability of stem cells to self-renew to divide into the same cells as themselves, and to differentiate into other types of cells, stem cells play a major role in the development of organisms and the regeneration of tissues. New research shows that highly regenerative capacity planarian stem cells have the 'death-delaying capacity.' 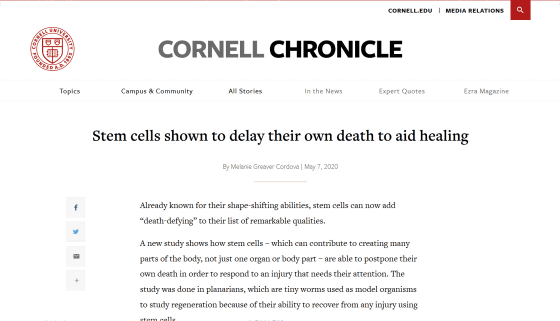 Similar to humans, planarians have brains, similar organs, and stem cells, so they are often used as model organisms for basic research. In addition, it is known that planaria has totipotent stem cells that can differentiate into all somatic cells throughout the body, and its regenerative ability when the body is damaged is very excellent. It is also used as a model organism for research. Planarians not only divide their body as a means of multiplication, but even if the body of the planarian is cut into pieces with a scalpel etc., each fragment will regenerate and survive if the nutritional environment is prepared.

Stem cells are very sensitive to radiation, and it has been found that low doses of radiation to planaria kill the stem cells in the body by a dose-dependent amount.

Cornell University 's research team exposed a large amount of planarians to radiation, half of which were damaged after exposure.

It was found that an uninjured planarian had an expected amount of stem cells dead, but the injured planarian did not die the expected number of stem cells and gathered around the wound for tissue regeneration. It was started. 'The planarian stem cells respond to injury by delaying death in difficult situations,' said lead author of the paper, Divya Shiroor. 'Our study found that if an animal was injured shortly after exposure to radiation, , Showed that radiation-induced inevitable cell death could be significantly delayed. ' 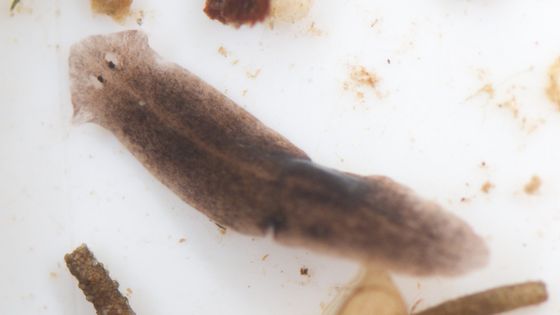 While planarians have similar functions to humans, their immune system is less complex than that of humans and the healing process is simple. 'This simplifies the process of understanding the effects of radiation and injury on stem cells, and allows us to do research without being hindered by inflammation and other processes that coincide with the healing of the injury,' Shiroor said. ..

Understanding how the planarian stem cells delay radiation-induced cell death could have important implications for studies of chemotherapy in cancer patients. Identifying genes common to mammals that are related to the ability of stem cells to delay death may improve existing therapies, Shiroor said. 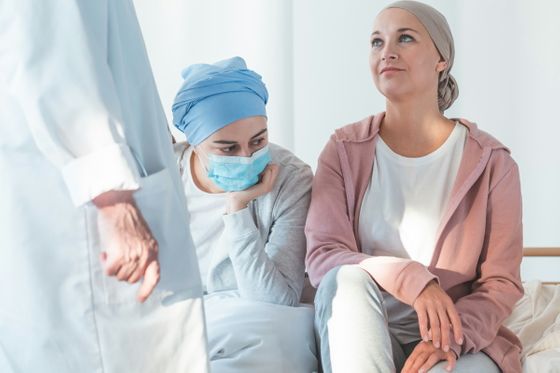