What did a former officer on a nuclear submarine learn about 'how to live in an extremely isolated environment'? Many people around the world are under pressure to block the epidemic of the new coronavirus infectious disease (COVID-19), and many are stressed by the inability to go outside. Meanwhile, Steve Weiner, a former U.S. Navy officer and a Connecticut , a nuclear submarine, a vehicle that is extremely isolated from the outside world, talks about 'the memories of being on a nuclear submarine.'

'I'm used to forced isolation,' Weiner spent many of his twenties as an officer on board the US Navy's nuclear submarine, Connecticut. The Connecticut nuclear reactor had been loaded with enriched uranium fuel for decades to supply propulsion and electricity, and it was possible to continue dive underwater for a long time without returning to the port. Mr. Weiner was said to have stayed in the ship for the longest time of two months, when he rode along with a team of scientists to conduct environmental research in the Arctic Circle and tests such as high frequency sonar.

In early March 2020, Mr. Weiner visited a partner's parents' house in the suburb of Izmir, a Turkish city facing the Aegean Sea. I originally planned to stay for two weeks, but since I could not return to Japan due to the influence of COVID-19, I am living in isolation with my partner, his parents, seven cats and puppies.

Mr. Weiner, who is forced to live in isolation in a foreign land where he can't speak, seems to have noticed that he has returned to the same state of mind as when he was on a nuclear submarine. Mr. Weiner checks the information on COVID-19 every day and informs others at breakfast. While some people may find it uncomfortable with a long quarantine life, Mr Weiner said, 'My experience as a submarine officer tells me,' I can feel comfortable in uncomfortable situations. ' That is what I mean. ” 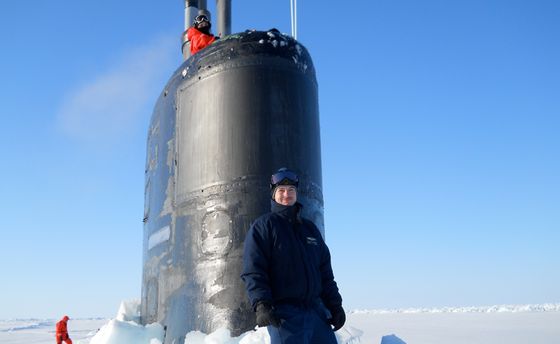 Even after Mr. Weiner was allowed to board a submarine after undergoing a rigorous training process, he continued to build and study for the first year. Weiner recalls that he spent most of his time monitoring the operation of submarines and learning the scientific mechanics of submarines. Since an electrolyzer that decomposes water molecules to generate oxygen could not be used in most cases, a chemical oxygen generator (chlorate candle) using sodium chlorate was used to breathe oxygen to breathe inside the submarine. It seems that it was producing.

Drinking water and shower water were seawater distilled, and satellite communication internet lines had very narrow bandwidth. Also, in order to prevent external communications from being detected from the submarine, the Internet can be used only at certain places and at certain times, and it is only possible to send text-only emails to friends and family. It was not done.

It seems that Connecticut continued to operate almost without stopping, but it seems that it exceptionally surfaced and anchored only when entering and leaving the port. However, at the time of the berth, the submarine was shaken by the waves and it was easy to get seasick, `` Because the place where the submarine is really comfortable is under the waves, as soon as you leave the pier, the submarine will be deep enough to dive. We have navigated, 'says Weiner. 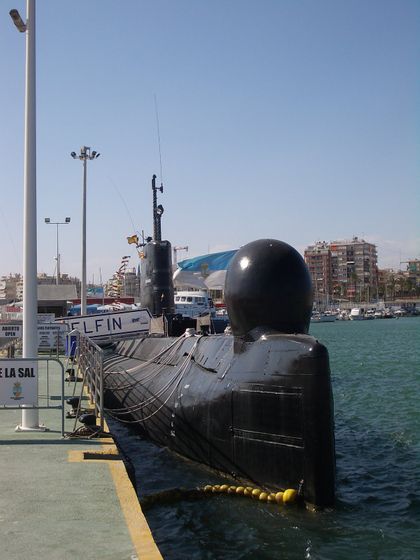 Crews are always on the move inside submarines, visually checking thousands of valves and systems to make sure they're okay, and doing a variety of training, meals, showers and sleeps in between. It was. It seems that this cycle was 18 hours instead of 24 hours, and the crew of the submarine said that the circadian cycle was constantly changing. Therefore, Mr. Weiner seems to have fallen asleep as soon as he touched the bunk bed.

Most of the crew had 18 people asleep in a room with timber-like bunk beds. Mr. Weiner seems to have been assigned a relatively good room as a lieutenant, but it seems that three people were still sleeping in a smaller space than the walk-in closet. The place where people sleep is quiet like a monastery, and it seems that it was strictly forbidden to make loud noises to close doors or ring alarm clocks. So, when the person was awakened, the crew called out directly in a whisper, but Mr. Weiner still says, 'Lt. Weiner, it's time to get up. Lieutenant is on duty at midnight, sir.' You dream about it.

In order to prevent the sound of the sonar from being detected and the position of the submarine to be revealed, it was strictly forbidden to make loud noises inside the submarine, not only in the bedroom. Therefore, it seems that the exercise for keeping sanity and physical strength could only be done by secretly using a stationary bike placed between the rowing ergometer in the engine room or electric equipment. In such a harsh life inside the submarine, Mr. Weiner looked back at the pictures taken outside and said he was still connected to the world that would eventually return. 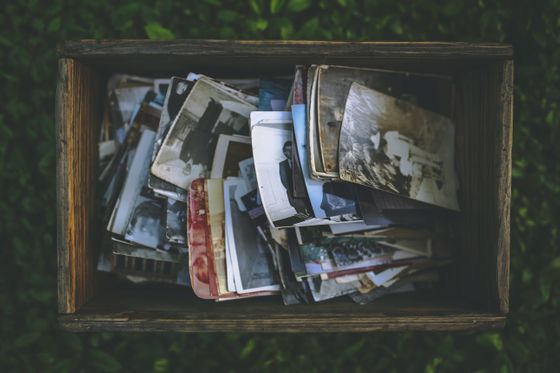 Mr. Weiner, who continued to live a life similar to the practice of religious people in the submarine, said that he was finally able to 'give up his anxiety'. Therefore, even in isolated life in Turkey, he can maintain his sanity through activities such as yoga, exercise on a treadmill, and seeing photos sent by friends. “It's hard to imagine that we would re-open the original lifestyle in the same way. But the submarine inside of me was saying,“ If it's safe to return to the surface, wait for us. We are optimistic that we can adapt to any situation we are in, 'said Weiner.