It turns out that one-third of those who work from home are drinking, and in some areas nearly 70% drink alcohol 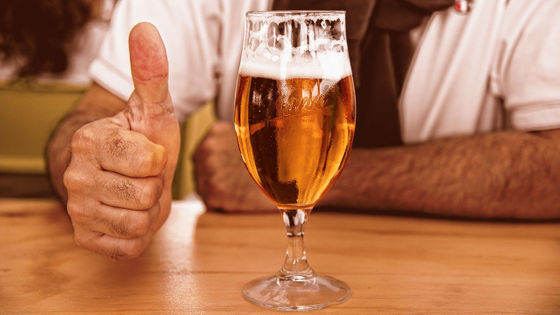 With the rapid expansion of telecommuting efforts, changes in people's working styles and lifestyles are being seen in some cases, such as

top- sellers selling well , and alcoholic online sales increasing by 243% . Meanwhile, a survey across the United States found that in some states, nearly half of workers drink alcohol while working from home.

Many Americans Are Drinking Alcohol On The Job While Working From Home During Quarantine, Study Suggests
https://www.inquisitr.com/5992791/americans-drinking-alcohol-working-home-quarantine/

Alcohol.org, a support group for alcoholics, has published a survey of 3,000 American workers that reports the percentage of people who drink alcohol while working from home. According to the report, 32% of the targeted workers answered that they 'drank alcohol while working from home.' Also, 35% said they would 'drink more during peacetime during voluntary quarantine', and 22% actually said they 'stocked up alcoholic beverages.'

There was a difference between men and women in the tendency to stockpile alcohol, with 27% for men and 15% for women. Beers are the favorite of workers, with 38% of those who say they drink while working at home said they drank beer. Following beer, cocktails (26%), wine (21%), and straight spirits (5%) were consumed while working from home.

While it turned out that about one-third of telecommuters are drinking, these trends vary considerably by region. First, Arkansas had the lowest percentage of drinkers working from home, with 8%. Of the 50 states in the United States, Arkansas is the only country with less than 10% of those drinking at home. Mississippi, next to Arkansas, had the lowest rate at 13%. This was followed by 15% of Maine. On the other hand, Hawaii was ranked first, with a whopping 67% drinking at home. 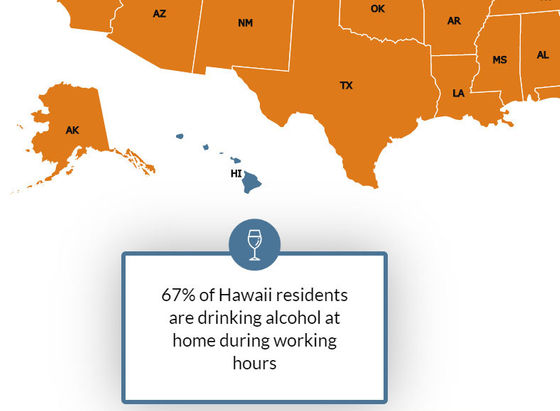 Rhode Island is second, with 60% of telecommuters drinking alcohol. Virginia and New Hampshire were both third in Thailand with 50%. In response to this situation, Lawrence Weinstein, Chief Medical Officer of the American Addiction Center, said, `` In light of recent circumstances, you and your family are reaching out to bottles too often. If you notice, it should be a concern. ' Given stressful times and many workers being forced to work from home, they called for help from a support organization if they were likely to fall into some form of addiction, not limited to alcohol.