What is the difference between cold-brewed coffee and hot-water coffee? Cold brew, which extracts coffee with water in over ten hours without applying heat, is characterized by a taste that is less unpleasant. Ninny Lao and colleagues from Thomas Jefferson University in the United States are investigating the specific differences between cold brew and hot brew, which extracts coffee with boiling water, such as the amount of caffeine and sourness.

The chemistry of cold-brew coffee is so hot right now | Ars Technica
https://arstechnica.com/science/2020/04/the-chemistry-of-cold-brew-coffee-is-so-hot-right-now/

In cold brew, coffee is extracted by soaking powdered coffee in water and placing it for several hours to two days. Lao said he had a cold brew coffee for the first time when he visited San Diego. Regarding the taste of cold brew coffee, Mr. Lao says, 'It was not sour, slightly sweet, very rich and flavorful.' 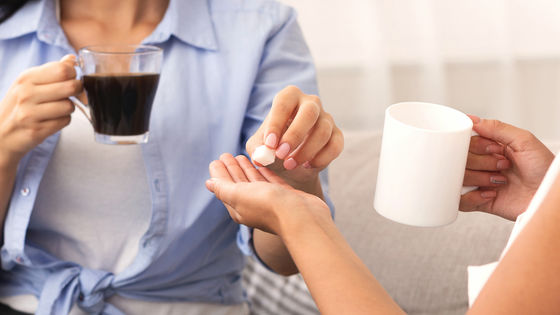 Lao, who first drank cold brew coffee, researched cold brew and tried to make it himself. However, it didn't taste as good as it did in San Diego, so he began researching cold brew to reproduce the flavorful flavor.

'There is a lot of research on coffee, but not much on cold brew coffee,' said Lao. Lao estimates that in countries such as Italy, Turkey, Brazil, and Colombia where coffee production and consumption is high, one of the reasons is the long history of hot brew coffee, including espresso. 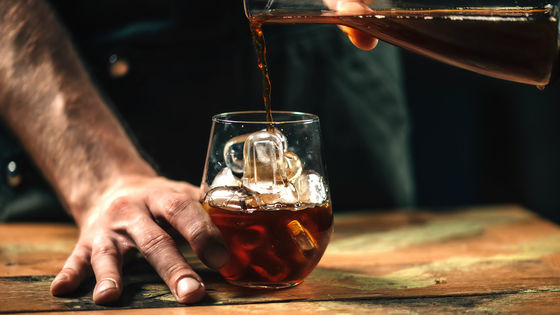 'Many chemicals are easier to melt at high temperatures than at low temperatures, meaning that when you pour hot coffee, pouring hot water into powdered coffee will extract all kinds of chemicals, 'With cold brew, only compounds that dissolve at low temperatures are extracted, which reduces savoryness,' says Rao.

Lao and colleagues experimented with

a cold brew recipe published in The New York Times at a water-to-coffee ratio of 10: 1. 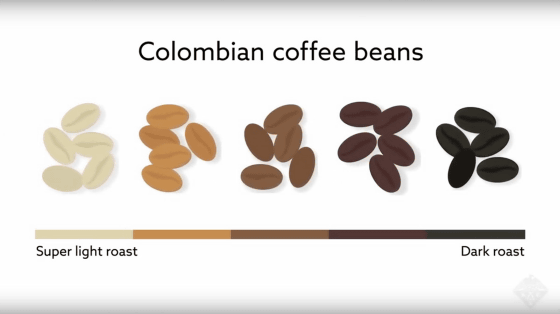 box plot . The amount of caffeine was almost the same for both cold and hot brews, with only dark roast having slightly higher hot brews. 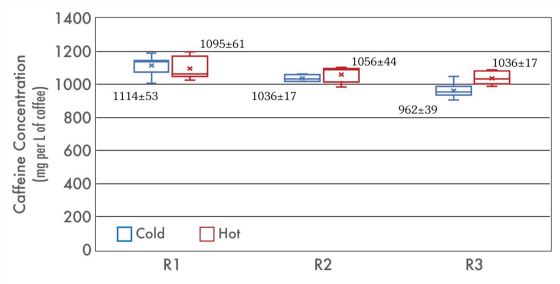 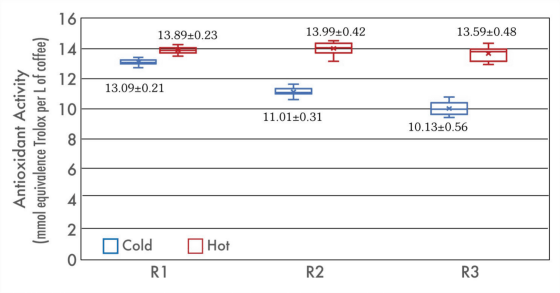 In the graph below, the vertical axis represents the acidity contained in coffee, and it can be seen that the hot brew has a stronger acidity. In addition, it became clear that the deeper the beans were roasted, the lower the acidity in both cold brew and hot brew. 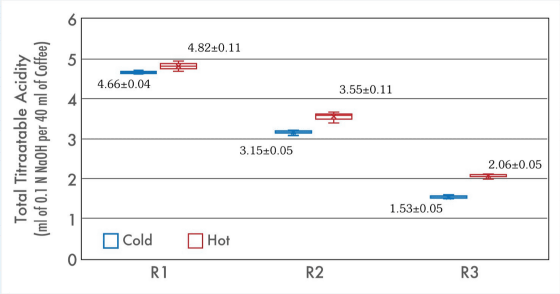