What is the 'invention secret' learned from the person who developed the 'Aero Press' that extracts coffee with the power of air and the flying disc that boasts a Guinness-class flying distance? 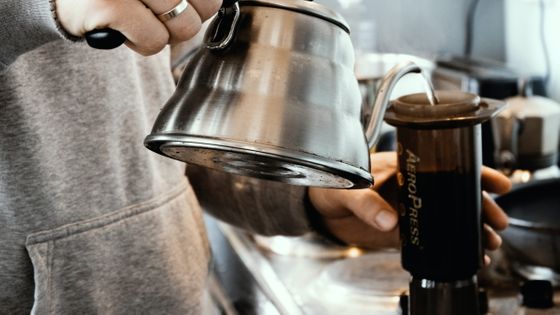 Pour the hot water and set the coffee powder, it can be extracted easily strong coffee by applying a pressure in the plunger

Aero press is a relatively new instrument, which was developed in 2005. Alan Adler who developed such an aero press is also the inventor of the flying disc ' Aerobie Pro ' which has the flying distance of the Guinness record. Writer Zachary Crockett spells out ' invention hints ' from Adler, who invented a major invention in the different fields of toys and coffee appliances.

The Invention of the AeroPress
https://priceonomics.com/the-invention-of-the-aeropress/

Plastic aero presses, which can be purchased for only $ 30 (approximately 3,300 yen), are very popular, and among coffee lovers, `` Coffee extracted by aeropress costs $ 1,000 (about 110,000 yen) It is more delicious than coffee extracted with a coffee machine. ' Aeropress has been a beloved coffee appliance worldwide since it was invented in 2005, but it is not surprisingly that aeropresses are developed and sold by coffee machine manufacturers, but by the manufacture of flying discs. It is a company called.

Adler, president of Aerobie, based in Palo Alto , California, was born in 1938 and has earned money from DIY and repairs since childhood. In the 1960s, Adler was a civilian engineer developing submarine and nuclear reactor control systems and equipment for military aircraft, while also teaching mechanical engineering at Stanford University.

`` There was nothing more happy than learning new learning, '' said Adler, who has been pursuing various hobbies with strong curiosity, making machine crafts and playing shakuhachi hobbies as well. That there is. Mr. Adler was most enthusiastic about 'invention', inventing various things such as astronomical instruments using parabolic mirrors , computer programs to support astronomical observation, and the design of yachts. Adler has more than 40 patents. 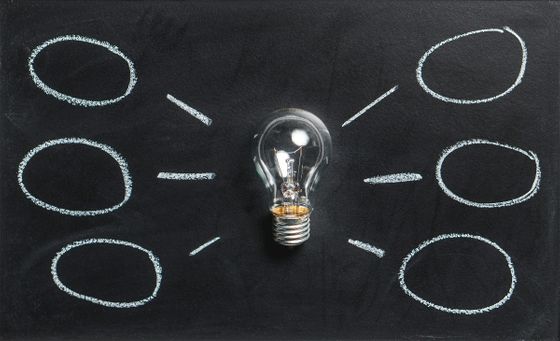 Mr. Adler seems to have worked on a project to improve the existing Frisbee in the mid 1970's, and in 1978 developed a flying disk that could extend the flight distance much longer than the existing one. When first brought to the toy maker

Parker Brothers , the flight distance surprised the sales manager, but it was said that it was refused commercialization because it was entirely plastic and too hard to use for recreation. That. At this time, Adler also told him how to line the edge of the flying disc with rubber, but because it was a technology that had never been considered, Parker Brothers could not implement Adler's solution And rejected.

Nevertheless, Adler did not give up on the possibility of the flying disc he developed, and paid a few hundred thousand yen to a company and asked him to make a prototype mold. I showed Parker Brothers again a flying disc that improved the safety with my own hands based on the mold, and Parker Brothers bought the rights from Adler and released it under the brand name ` ` Skyro '' That.

Skyro sold about 1 million units under Parker Brothers, but had the problem that it would not fly straight unless it could be thrown at a certain speed. So, in the early 1980s, Adler repurchased rights at the time Parker Brothers diminished interest in Skyro, and worked on improvements while working as a professor of engineering at Stanford University. Mr. Adler, who created a flying disk flight simulator on a computer in 1984, succeeded in developing a flying disk that can fly 'like sliding on invisible ice'. Aerobie's predecessor, Superflight, was founded and decided to sell a new Frisbee under the name 'Aerobie Pro'.

The topic 'The professor of engineering at Stanford University made a toy with a tremendous flying distance' attracted a lot of attention, and fortunately lucky Aerobie Pro sold well. In the following movie, you can see the flying disc world champion Scott Zimmerman throwing Aerobie Pro at the American football field.


Mr. Adler is on the left and Mr. Zimmerman is on the right. 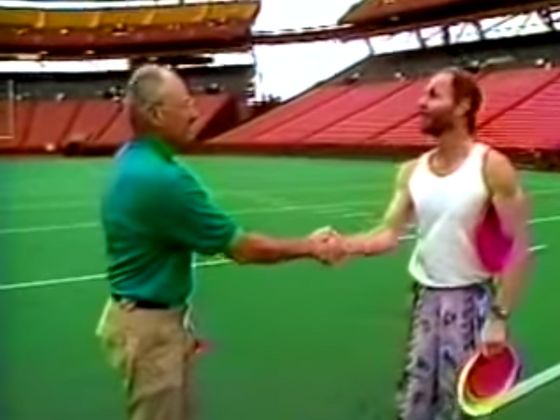 Adler seems to be confident in the Aerobie Pro's ability to deliver long distances even when thrown lightly. 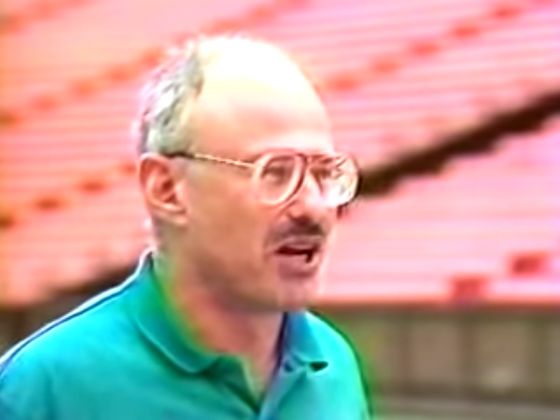 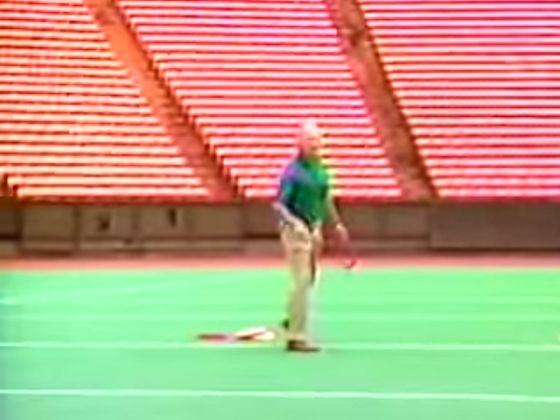 Aerobie Pro flew in a stable trajectory as if sliding in the air. 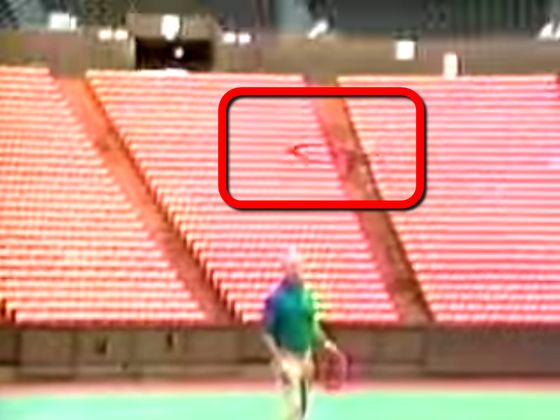 When world champion Zimmerman throws from one side of the court ... 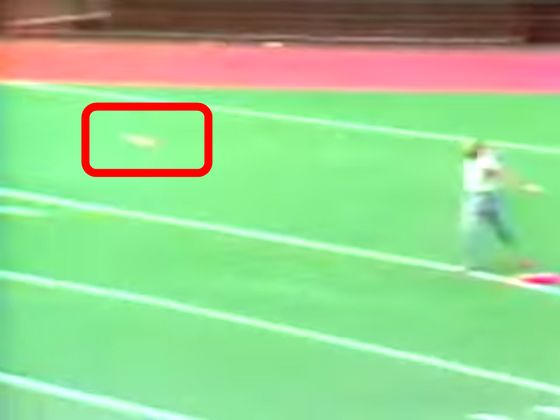 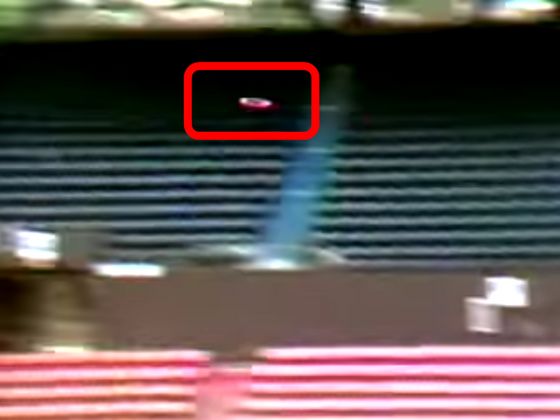 I flew to the other side of the audience as it was. 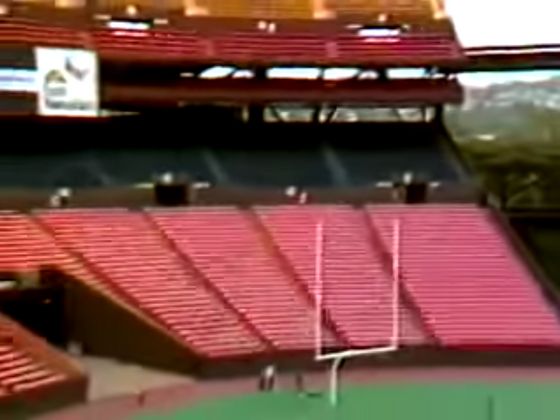 The flying distance of 406m, established by Aerobie Pro, has been recognized by the Guinness Record as the longest flying distance of a flying disc. Aerobie Pro is sold worldwide at the time of article creation, and Aerobie can be purchased from Amazon in Japan. Although toy makers are launching new products on a regular span, Adler points out that there are cases where existing toys are deteriorated so much that they try to create new products forcibly, and necessarily change Aerobie Pro He believes it is not necessary. Mr. Adler, who was a successful toy maker president, suddenly embarked on the development of coffee equipment that he had not entered in the 21st century. Mr. Adler who likes coffee seems to have been complaining that his coffee maker will make 6 to 8 cups of coffee in one extraction, so it is ideal for wanting to drink only one cup of coffee He decided to make a new equipment himself.

After coming up with the idea of using air pressure to reduce extraction time, Adler embarked on a prototype a few weeks later. He made coffee using a prototype that resembles a bicycle inflator, and found that the coffee was very good. Business manager Alex Tennant said he tasted the coffee and said, 'Alan, this is ridiculous.'

Over the course of a year, he refined the design, experimenting with different sizes and configurations, and finally arrived at the aero press of today. By setting coffee powder in the filter, pouring hot water, stirring for 10 seconds, and pushing out the plunger to extract, the extraction time was reduced to 1 minute. We ordered a mold worth $ 100,000 (approximately 11 million yen) and started production. It was shown to the public at the 2005 Seattle Coffee Festival . Despite being well received by some of the coffee enthusiast communities, Aerobie, which has established a brand as a toy and sporting goods maker, has never been so easy to enter the coffee industry. Aeropress sales in 2007 were lower than in 2006, and production was about to stop.

But Aerobie was confident about the beauty of Aeropress, as Tennant states, 'The quality of Aeropress and the taste of coffee are definitely our fundamental strategies.' Therefore, Aerobie actively participated in the exhibition, sending Aeropress to coffee experts and food writers for free, gradually spreading the reputation of Aeropress. As a result, sales of aero presses increased in 2008, and in the next few years more than 1 million units were successfully sold.

In addition, Adler himself participated in a thread called '

Aerobie AeroPress ' built at CoffeeGeek , a coffee community forum, and is doing grassroots activities such as answering over 600 questions. Aeropress has gained a great reputation on the Internet and is sold in 56 countries around the world, especially from Northern Europe. From within Japan, you can order on Amazon. 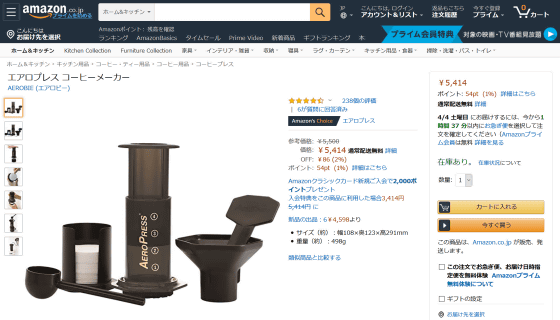 Mr. Adler's home garage in Los Altos , California, occupies most of the space with a lathe and a milling machine, and the car can not be parked. 'The invention was born here,' says Adler, and the garage is packed with prototypes and molds for various products.

Mr. Adler, who became famous as an inventor, goes to a local junior high school several times a year and teaches about inventions. Here are the '5 tips for inventions' that Adler teaches in class.

◆ 1: “Learning as much as possible about the science behind the invention”
◆ 2: 'Looking at the state of the idea by looking at the current product and patent'
◆ 3: 'Even if you think it doesn't work, try it first, because sometimes lucky.'
◆ 4: 'Become objective about the value of inventions. People tend to get absorbed in the thrill of inventions and waste money pursuing ideas that do not work.'
◆ 5: 'Even if you don't sell your invention, you can sell your patent to a manufacturer and bring your invention to market.'

Mr Crockett pointed out that Adler was successful because he 'has the sixth skill he can't teach: patience.' For example, before inventing Skyro, Adler invented a toy called Slapsie , which did not sell much. Also, when I sold Skyro to Parker Brothers, I was initially refused by the person in charge, but I made a large amount of investment myself and created a prototype and succeeded in selling it. With this patience, Crockett said that Adler was able to succeed in the different areas of flying discs and coffee appliances. 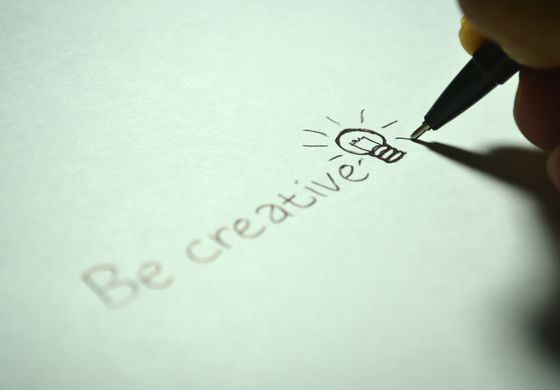 In addition, you can read what the coffee machine 'AeroPress' actually is from the following article.