What is the pandemic seen by the CEO of Slack, a chat app that has exploded users with the new coronavirus? 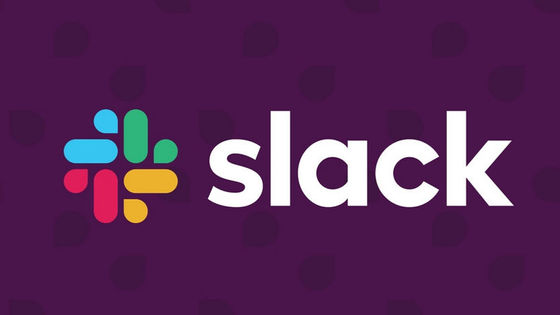 As the new coronavirus is rampant worldwide, the business chat application `` Slack '' has attracted attention as a communication tool while working from home, with 12.5 million simultaneous connections as of March 25, 2020, and one weekday the cumulative use time of the day is that the more than 1 billion minutes found was. Stewart Butterfield, CEO of Slack, posted nearly 40 posts on Twitter on March 26 alone. In a series of tweets, the state of the new coronavirus changing the world in half a month is clearly described from the perspective of a single businessman.

Butterfield, CEO of Slack, wrote on Twitter on March 26, 'Introducing a brief self-introduction. I am a single person and a household, and millions of people whose work and health are at risk. I am deeply worried about the people, and I am also the CEO of a company, so I will tweet about the company, money, markets, customers, profits, guidance, etc. ' I spelled my days.

Quick introductory note: I'm a human.I worry about my family and am deeply concerned about the millions whose jobs and health are at risk.But I'm also a CEO and these tweets are about work: the company, money, markets , customers, earnings, guidance, etc. With that in mind…

Here's what Butterfield posted from March 2 to 13.

◆ First week of March
March 2 (Monday): Less than 100 new coronavirus infection cases reported in the United States, but the situation is invisible. Last weekend, we closed our offices in Tokyo and Osaka, placed restrictions on business travel, and canceled our annual Sales Global Offsite event for 800 people.

The Chief Technology Officer of the world's largest asset manager said, `` We have entered into a full contract with Slack, '' and `` this is one of the largest transactions before regulatory policy due to concerns about the new coronavirus. '' An email has arrived. I see this for the first time.

I get an email from the CTO of one of the world's biggest asset managers telling me (a) they're signing the contract to go wall-to-wall on Slack and (b) this was one of the last big purchases before tightening up due to coronavirus concerns.First time I'd seen that in the wild.

March 3 (Tue): Announced that “arbitrary telecommuting” will be implemented at all locations around the world. Other companies are starting or considering telecommuting as well. In particular, Japan, South Korea and Italy have seen a rapid increase in Slack registrations.

Tuesday: Announced “optional WFH” at all other offices globally.A few other companies had also started or were considering starting WFH programs amid growing uncertainty.We noticed upticks in new teams signing up for Slack, especially in Japan, Korea and Italy.

Wednesday: Things speed up.We launch a set of resources for teams that are faced with the prospect of a sudden shift to remote work, began offering free 1: 1 live consultations and created new webinar programs in response to growing demand. (See: https://t.co/IpKo0KU3Jf )

March 5 (Thursday): Recruitment, budget, targets, prospects, etc. for this term were reviewed and approved by the Board of Directors. I was confident that I received feedback on opinions and guidance prepared for the next financial results briefing. I didn't know at this time, but for most people this was the last face-to-face meeting.

Wednesday: Things speed up.We launch a set of resources for teams that are faced with the prospect of a sudden shift to remote work, began offering free 1: 1 live consultations and created new webinar programs in response to growing demand. (See: https://t.co/IpKo0KU3Jf )

On the same day, an employee in San Francisco reported that the American Center for Disease Control and Prevention (CDC) reported that he may have been exposed to the new coronavirus. Decided to disinfect. Employees have no symptoms and are self-isolated. Thankfully, it turned out that this employee was safe.

The policy discussion on that day was heated. With 200 case reports in the United States, the news is only getting worse. Executives discussed the implications of closing the global office, worked with other leaders and began to make preliminary plans. Now it's like another world.

That evening policy discussions intensified.Reported cases in the US up to 200.News was getting worse.The exec team debated what global office closures would look like, backchanneled to other leaders, and began preliminary planning.All this seems a different universe now.

March 6 (Fri): I called the company and said, 'I strongly recommend that all employees work from home.' There is a lot to do. When I contacted the employee the following afternoon, there were 400 case reports in the United States.

Friday: Made the call. “Strongly encouraged” all employees to work from home.Planning intensified.There was a LOT of work to do.By the time we communicated to employees on Sat afternoon, there were 400 cases in the US. (I wrote about this time here: https://t.co/qsrol2xsB4 )

◆ The second week of March
Monday, March 9: The economic indicator S & P 500 fell 7% and trading stopped six minutes after the stock market opened. Everyone knows that there are circuit breakers in the market. The VIX index, also known as the Fear Index, is the value since October 2008. Suddenly, the macroeconomic environment became dizzyingly uncertain.

On his way to New York with the Chief Financial Officer (CFO), Investor Relations and Public Relations, he reorganized the Group and revised its action plan and guidance. A taxi driver from the airport told him that his job was cut in half, late payment of rent was delayed, and that the brother who worked at the hotel was fired along with half of the other staff. He gave me Dark clouds are hanging.

We regroup, revise the script and adjust guidance as the CEO / CFO / IR / Comms crew heads to NYC.Driver from the airport tells me business is down by half, he's behind on rent and his brother just got laid off from his hotel job , along with 50% of the staff.Darkening clouds.

The stock market has been rebounding in the morning, but there is also a lot of noise. By around March 10, 2020, the Returning team, an internal indicator that measures the strength and progress of newly created work teams, had increased by more than 120% in Italy, 34% in Japan and 33% in Korea .

Markets bounce back that morning, but there's a lot of noise.In Italy, new “returning teams” (important internal metric) were up more than 120% .Japan & Korea, already way up, increased another 34% & 33% WoW respectively At the same time, more layoffs and businesses closing.

March 11 (Wed): A preparatory meeting for media interviews and financial results briefing was held. The WHO has officially announced that it is a pandemic (?), Confirming that it has entered a bear market with a further 5% drop in key equity indices.

I had a light meal with my friend on the way home, but this was the last meal out. After that, many things happened in quick succession. Tom Hanks and Rita Wilson were diagnosed with the new coronavirus infection, the NBA suspended the season, and President Trump announced restrictions on travel to other countries.

Quick drink / snack with friends on the way home ends up being my last time in a restaurant.Then, all at once, it got * real * in America: Tom Hanks & Rita Wilson diagnosed, NBA suspends season, Trump announces travel ban. Futures trading halted on limit down https://t.co/3uHWlTUP3g

After 10 pm we had a discussion with the CFO, General Counsel (GC) and IR Vice President. Within an hour, the wording of the material changed from 'No more conservative action than this 24-hour activity' to 'Need to adjust guidance again.' You will have heard the same thing dozens of times in 24 hours.

Just after 10pm, the CFO, GC & VP IR and I are discussing.Inside of an hour we go from “the last 24 hours of activity does not warrant any further conservatism” to “we need to adjust guidance one more time.” In the next 24 hours we would be asked about this dozens of times.

March 12 (Thursday): This was the closing date of the company. Key stock indices have plummeted again. The stock price has fluctuated on the chart as the daily fluctuation of the stock price exceeds 10% has become the new normal . In San Francisco, schools are announced to be shut down entirely. This is correct, but it is also a big deal for parents working from home.

The whole company is booming and moving fast. All hands-on efforts have taken place as old customers are accelerating their plans to launch new businesses and the creation of new teams continues to increase. However, I also feel anxiety is growing.

The whole company was energized and moving fast.All hands on deck as existing customers accelerated rollout plans and new team creation continued to increase.But we could tell anxieties were also increasing.Leaders across the company stepped up internal communication.I wrote: pic. twitter.com/RBhv1eklnJ

I lost my sense of reality while waiting for the financial statements to be printed and the earnings report to begin in the afternoon. This was the third public account settlement. The graph of the income and expenditure, which was a point in the first settlement, became a line the second time, and this time I drew a curve. This is what happens in the real world, but it's crazy.

Although millions of people are facing death, it is impossible for ordinary CEOs to say that `` the world situation is a big tailwind for business '', and it is impossible to guess the future Was.

When the possibility of millions of deaths is slowly starting to sink in, it's hard to say an otherwise normal CEO thing like “the macro environment is creating significant tailwinds for the business” and it felt completely impossible to extrapolate out from this present moment.

Looking back, things seemed to be working. Full year revenues were up 57%, fourth quarter revenues were up 49% and revenue was up 47%. Demand has also increased significantly. On the other hand, many large companies will certainly keep spending down, efficient corporate communications are closed, salespeople are unable to travel and face-to-face meetings for training programs. In Also, while there is an ever-growing number of paid members that we have never seen before, there are many companies that have been forced to go out of business.

At the other end of the spectrum it was:
???? Early signs of a surge in teams created and new paid customers unlike anything we had ever seen.

Weighed against:
✋ We had 110,000 customers.In the worst case scenarios many thousands of those would go out of business.

March 13 (Fri): The news is getting worse and worse. The pandemic spread further to France and Spain, and in the United States city lockdowns began. I feel the adrenaline for the first two weeks is starting to run out. I still feel great at helping people, and I feel that our work is purely an opportunity to help people. At the same time, we are trapped inside the house, and many are frightened.

The adrenaline we ran on for the first two weeks of everyone working from home is starting to wear off.It still feels great to be able to help and for us, right now, locked inside, work is an opportunity to genuinely help. also: we're locked inside.People are more scared.pic.twitter.com/mbEq1PJziG

…… So far, a translation of what Butterfield has experienced in the last two weeks. Butterfield concludes, 'If you are at the forefront of fighting the new coronavirus (COVID-19), we'll do everything we can. I would like to contact you at [email protected] We are deeply grateful for what you do. ' I concluded a series of posts with a sentiment from a difficult position as a CEO of a growing company.

And if you're on the frontlines fighting COVID-19, we will do anything we can.Use it for free, ask us for advice.Email [email protected] are profoundly grateful for all you are doing. ??? ? ❤️ ????