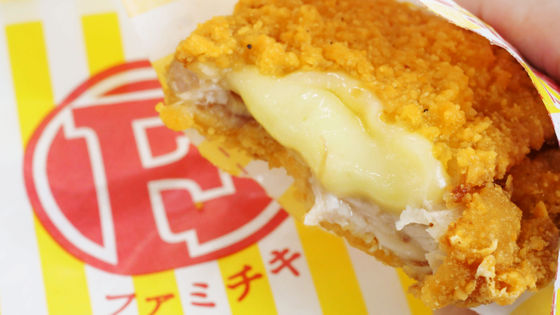 ' Cheese Infamichiki ' with cheese sandwiched between the meat and the meat of FamilyMart's fried chicken ' Famitiki ' appeared on Tuesday, March 17, 2020. The second installment of the

`` Famichiki Dai Thanksgiving Day '' following the ` ` Famitiki Persimmon Seed (Umami) ' ' using persimmon seeds as a batter is a gem that makes the rich umami of cheese addictive, so I actually bought it I ate it.

I have arrived at FamilyMart. In the hot showcase at the cashier counter, I found a new 'Cheese Infamichiki'. This is what I put out on the plate and compared it to a transportation IC card. 'Cheese Infamiki' (left) is almost the same size as 'Famiciki' (right), but the color of the clothes is a little lighter. 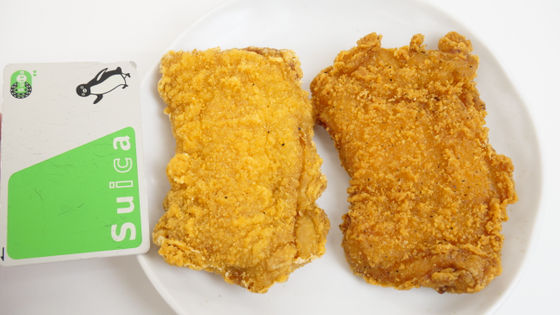 I was worried that 'the same size despite the cheese being added means that the chicken has decreased?', So when I actually weighed it, the 'cheese infamichiki' was 105g The 'Famiticki' was 95g. 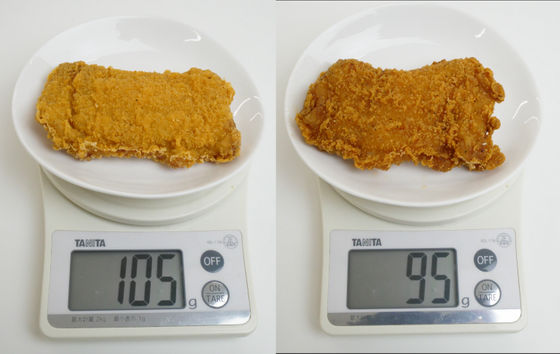 When I cut it with a kitchen knife, cheese came out from between the batter and the meat. 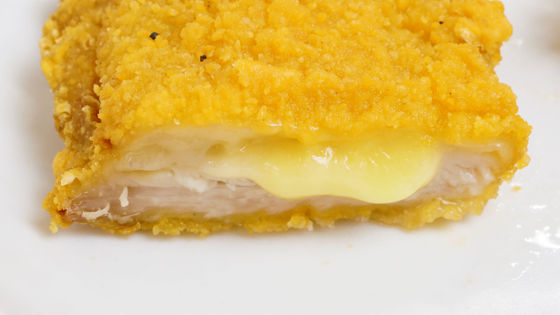 When I ate a bite, I felt the rich taste and richness of cheese. Frequently added fried cheese is often unsatisfactory or the cheese is too thick and the whole flavor is often blurred, but `` Cheese Infamichiki '' has an exquisite melted cheese presence It is possible to taste both cheese and chicken flavor. 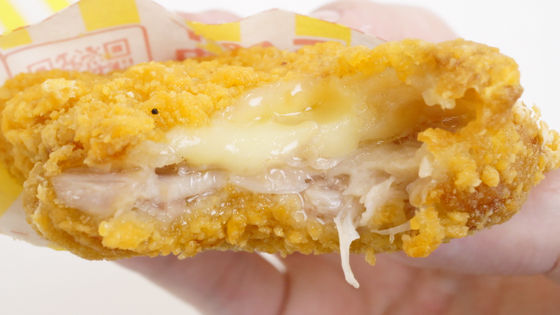 'Cheese Infamichiki' is available at FamilyMart nationwide from March 17, 2020 (Tuesday).