An 83-year-old woman who created a huge forest of 20,000 square meters from one seedling It has been talked about as a single woman increased the number of trees planted in the garden from one seedling to one, and one to another, eventually creating a huge forest of over 20,000 square meters. A documentary movie has been released on YouTube for a person who has been praised for his contribution to the environment as 'raising people's consciousness' through his 40 years of activity and has been

awarded by the President of India.

A grandmother made a forest on her own: National and State award winning documentary.- YouTube


The dense forest shown in the movie is called 'Grandma's Forest', which is more than 'Mother Earth'. Why is it called Grandmother's Forest ... One woman built this forest over 40 years. 83-year-old Devaki Amma enters the forest with his grandchildren. At an early age, Amma, who had been working with her father to plant seedlings, originally felt familiar with the plants. Amma, who has been unable to cultivate paddy rice, said one day three years after the accident, she planted a single seedling in her backyard. The number of seedlings increased from one to another, eventually creating a large forest of over 20,000 square meters. In the process of turning a single seedling into a forest, Amma helped children and relatives plant the seedlings. 'I planted the trees for my happiness and tranquility, but Mother Earth gave me this forest.' 'The earth is not just for humans, but for all living beings. Every day I pray for all the creatures on the planet, not just the dear ones, 'says Amma. Kerala, where the grandmother's forest is located, is a dry land and is not suitable for growing trees. However, Amma has carefully cared for the tree for 40 years, and by 2020 nearly 1,000 trees have been planted. Amma's daughter has inherited her love for plants and is the Dean of Environment at Engineering Trivandrum University in India. Appearing in the movie as Professor D Thankamani, 'Trees store carbon equal to half their weight. Trees absorb carbon dioxide and store it as carbon. When trees die, carbon becomes You can leave it on the soil. ' 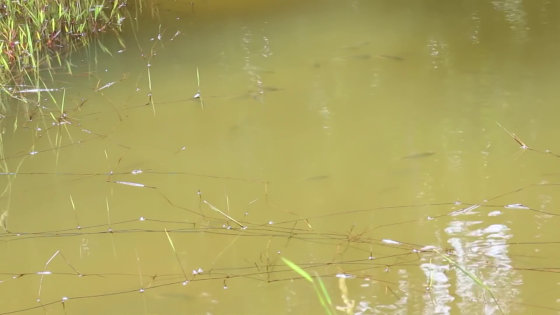 'Some trees have a preference and some trees like to grow together, and others do not,' says Amma. Amma's children and grandchildren were also interested in plants, saying, 'In recent years, nature has been the target of exploitation. Many of us only care about the environment on environmental

days , but we look at the activities of great grandmothers. I started thinking about the environment every day, 'said the grandchildren. Professor Unikrishna Pilai emphasizes the importance of having diverse plants in the forest. 'Monoculture destroys biodiversity. We need to plant heterogeneous trees, which can help preserve local biodiversity.' 'My mother inspired me to learn about environmental engineering, and after finishing my study, realized that our ancestors had the wisdom to conserve nature on the premises of the house.' Professor Thankamani said. 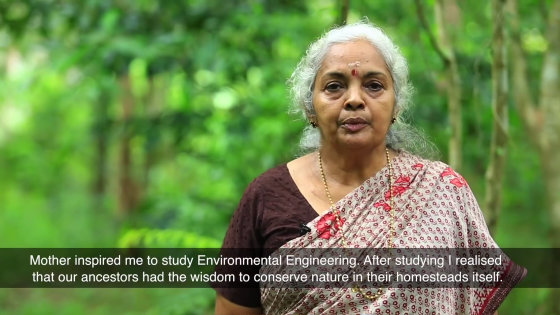 'A lot of visitors come to see the forest and inspire them to plant trees in their homes. Today's youth are very aware of nature. 'If I die, my grandchildren and their descendants will remember me. He will tell me,' His grandmother has made this forest. '' Was. 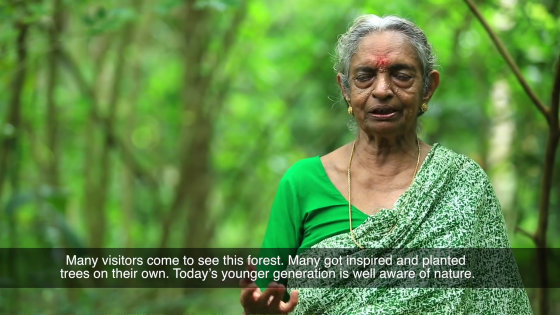