Woman arrested for `` letting her boyfriend die in her suitcase '' 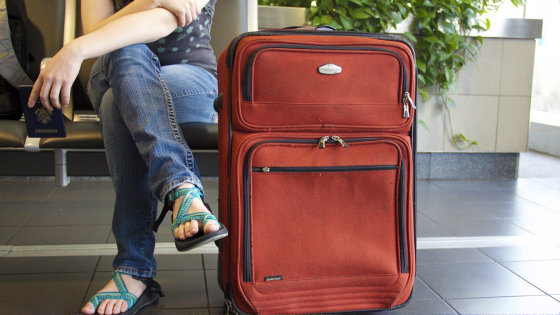 father was arrested for trying to smuggle a child in a suitcase, but on February 24, 2020, in Florida, the United States, `` I died by locking my boyfriend in a suitcase The woman was arrested for 'let's say', the woman says that a man entered a suitcase as part of 'hide and seek', but a mobile phone contained a movie different from the statement.

Woman accused of leaving boyfriend locked in suitcase until he died | US news | The Guardian
https://www.theguardian.com/us-news/2020/feb/26/florida-woman-accused-leaving-boyfriend-locked-suitcase-death

Sarah Boone, 42, was arrested by the Orange County Sheriff's Office for second-class murder.

Arrested: Sarah Boone, 42, for Second Degree Murder in the death of 42-year-old Jorge Torres Jr., who died after Boone zipped him into a suitcase, and didn't return for hours.pic.twitter.com/JCHWG7WNkp

George Torres Jr., 42, died in the incident. Boone and Torres said they drank and drunk the day before Torres died and said, 'It's interesting to enter a suitcase in a hide-and-seek.' Afterwards, Boone puts Torres in a suitcase, went upstairs and went to bed. Boone woke up the next morning and noticed that Torres was still in his suitcase and was unresponsive. Then, in the afternoon, he reported to the police, the full story of the case reported by Boone.

However, the Orange County Sheriff's Office has found a movie on Mr. Boone's cell phone, where Torres is trying to get out of a downturned suitcase. The movie includes a scream for Torres's help saying 'I can't breathe,' and Boone's 'Yes, that's what you did when you choked me,' 'It's your fault. 'My feeling when I flirt'. In addition, according to the report at the time of the discovery of the corpse, Torres said that when it was found, there was a tear in the lips and a wound around the eyes. Boone has denied a dispute with Torres.