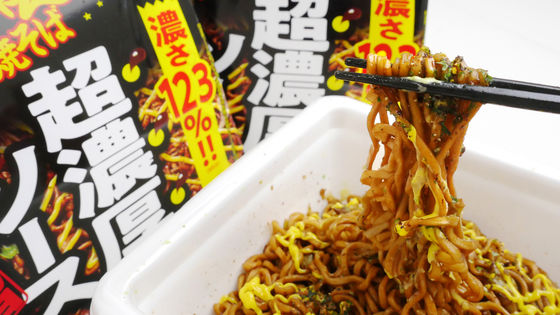 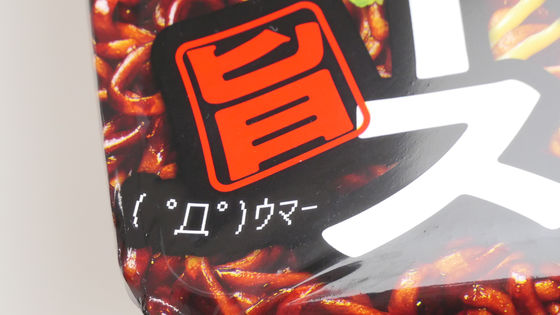 The ingredients for the sauce include soy sauce, demiglace sauce, tomato ketchup, and beef extract.

The calories per serving is 740kcal. When I opened the lid, it contained a 'liquid sauce', a 'sprinkle', and a specially made mayo with three times the amount of mustard. 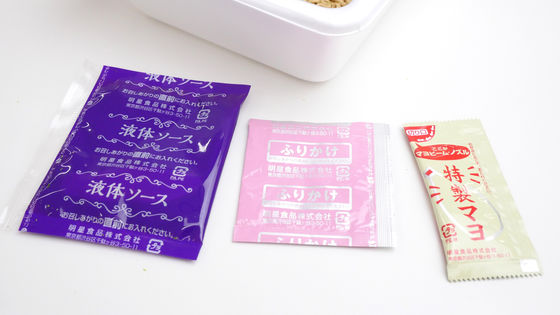 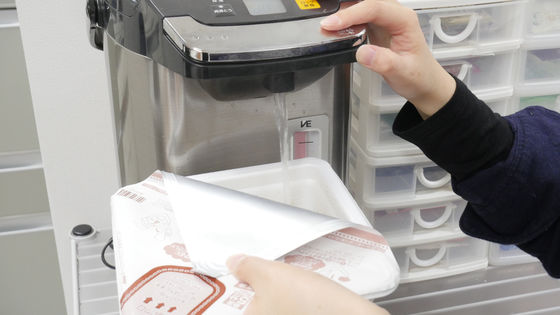 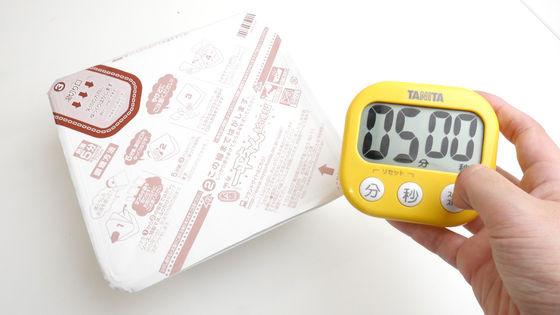 Turn off the hot water after 5 minutes ... 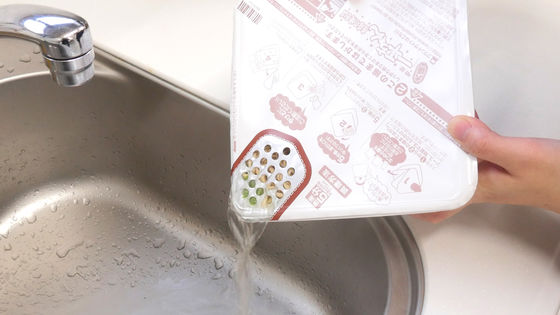 Apply the sauce. As the amount of sauce kneaded into the noodles is also increased, the color of the noodles looks slightly black. 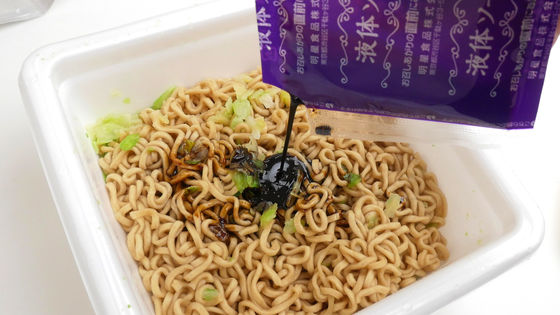 Sprinkle with a specially made mayo and you're done. The mustard scent stimulates the nose. 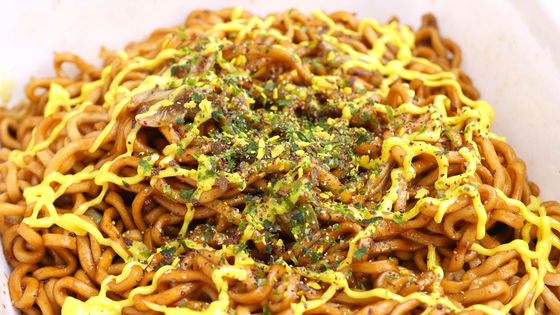 When you try it, the rich flavor of the sauce with the flavor of beef extract based on soy sauce spreads in your mouth. The taste was thick enough to make me thirsty just after eating a bite, and the sticky noodles had a moderate sweetness. In the aftertaste, the irritating stimulus of the mustard remains on the tongue, but the flavor of the mustard in the dark sauce is slightly defeated, so it may be a little unsatisfactory for mustard lovers. 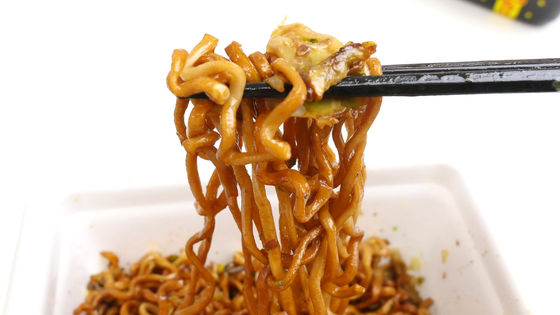 You can purchase 'Yakisoba Omori Super Rich Sauce at Ippei-chan Night Store' at convenience stores and supermarkets nationwide, and the price is 230 yen excluding tax. At the time of article creation at Amazon.co.jp, a set of 12 pieces was available for purchase at 2854 yen including tax. 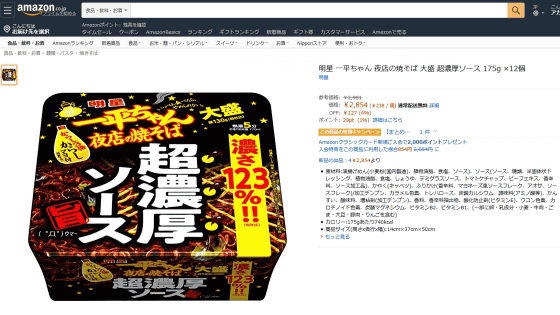