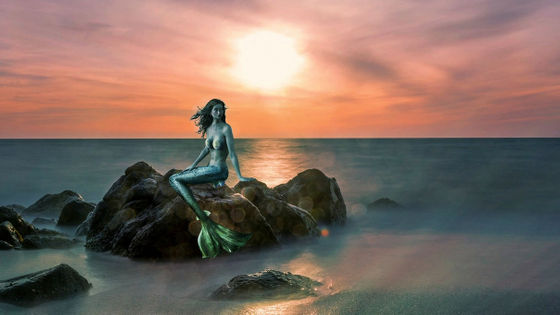 About a salmon farm construction plan planned at Flodigarry on the outskirts of Isle of Skye in Scotland, someone who claims to be a `` friend of a fairy '' `` is threatening the life of an underwater fairy '' `` A male farm employee is a fairy They will be drowned in the sea, 'said the local newspaper The Scotsman.

Fish farm plans rejected after campaigners warned that fishermen could by lured to their deaths | Daily Mail Online
https://www.dailymail.co.uk/news/article-7921715/Fish-farm-plans-rejected-campaigners-warned-fishermen-lured-deaths.html

In July 2019, the Highland Parliament in Scotland submitted an application for an Atlantic salmon farm with 12 cages, 120 meters in diameter and 80 meters of mooring ropes. The request was pending parliamentary permission, but before permission was granted, an objection from a 'fairy friend' was filed. The documents in question argued for the right to live of aquatic fairies such as Asrai in English-speaking folk tales. According to the document, 'Asrai, who lives for hundreds of years, comes to the surface in the moonlight to grow once every 100 years. If an aquaculture iron cage was placed on the surface, Asrai would melt. 'Asrai promises gold and jewelry to draw a man deep into the sea and drown.' The document also states that `` The fish farm threatens the life of the mermaid fairy named Roane and Nome , a waterfowl named Broobry, which are transformed into sea lions living in the suburbs '' `` Blue Men of the Minch Will cause bad weather. '

After discussing the issues of these fairies, the text claims that the farm will block as many as two 'fairy roads' that exist underwater. 'The plans have been applied without any notice to the fairies.' In addition, the document in question was signed as 'Elien Flodigarry's fairy friend', taking the name of Elien Flodigarry Island, an actual island on Flodigarry. Local fishermen's associations, Scottish Fishermen Federation, Scottish White Fish Producers Association and Mallaig and North West Fishermen's Association, have jointly stated that there is a concern about the security of local fishermen. . Local residents have also complained of 'impairing the view of Skye and reducing tourists.'

The Highland Parliament rejected the application for the farm after a six-hour meeting. At the meeting, the issue of pollution by chemicals used in salmon farming was discussed.

'A fairy tale wasn't on the agenda,' a spokesman for the Highland Parliament told the British Daily Mail.