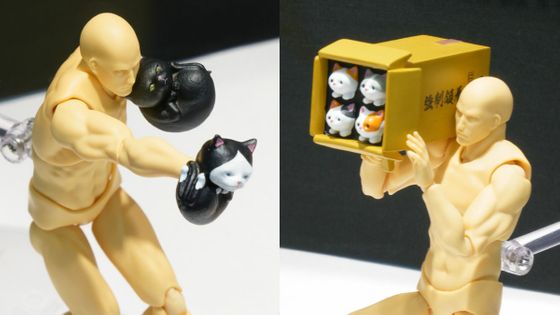 # momotarotoys 's special killing! Sneaper Is there such a cute weapon? ???? ♡
It is interesting and there are many ways to play. ️
The shell does not collect with surreal ???? pic.twitter.com/iVZSQlTyds

The naked men lined up at the milestone exhibition booth are holding ... 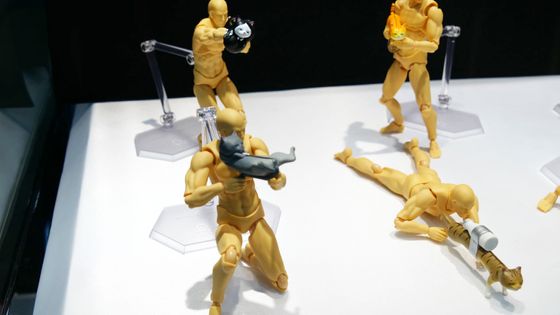 It was a cat! If you look closely, the cat has an arrow at the tip of its foot and is in a position to shoot the arrow perfectly. 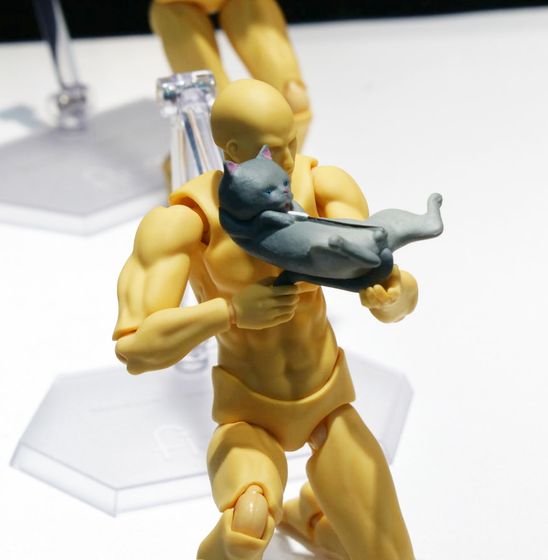 Another man wears a curled cat like boxing gloves and pulls out a fist with his muscular arms. The cat has an exquisite disgusting face, so it's easy to laugh. 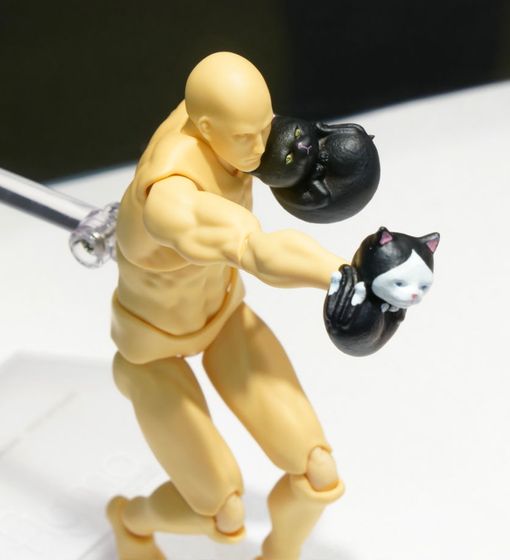 The man on his stomach was holding his cat forward like a sniper. The cat's body is stretched out as if holding it under the front legs, making it feel like a little rifle. 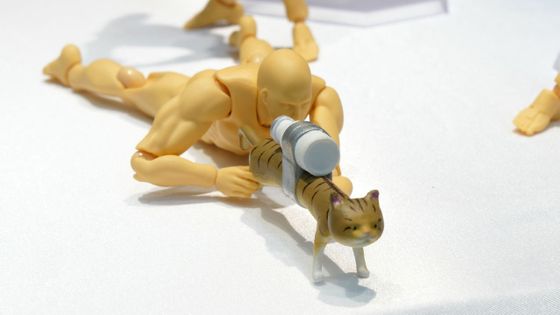 In addition, there is a figure of a man swinging a cat holding a sword blade. The first half cat seems very unmotivated. 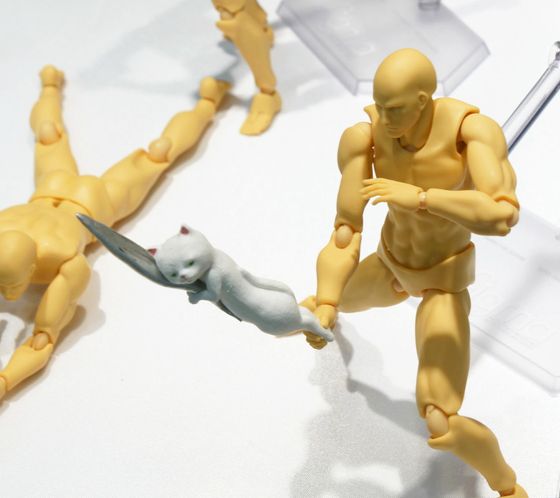 Behind a man holding a tiger cat like a handgun ... 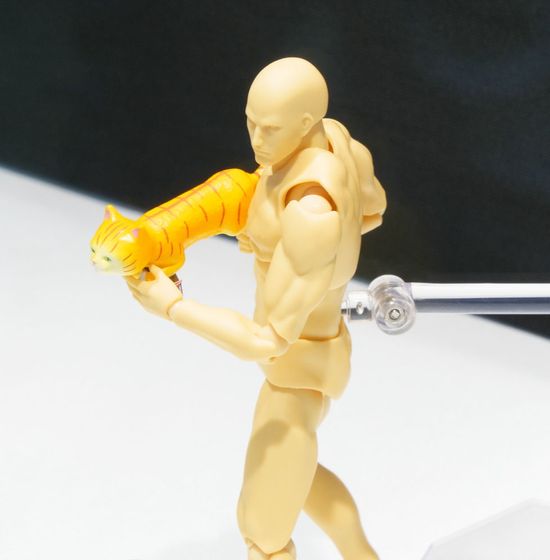 A man holding a cardboard box full of cats on his shoulder. 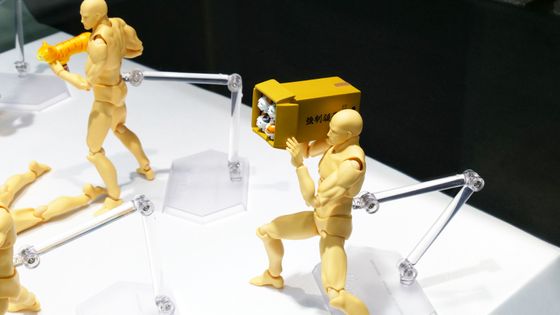 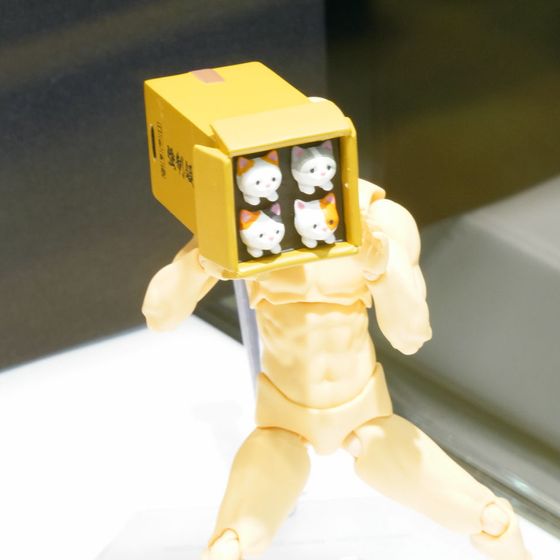 These figures are ' Death Special! Snyai Par ' that will appear in Gashapon's 'Overseas Designer Series' from March 2020. The manufacturer is MOMOTARO TOYS , the molder and prototyper is TMY, and the price is 400 yen (tax included). 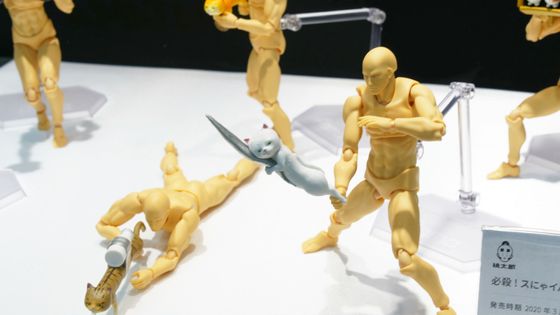 At the time of article creation, the “Deep Sea Mysterious Living Shells” series that had already appeared in Gashapon was also on display. There are cat faces with different facial expressions on the scissors part. 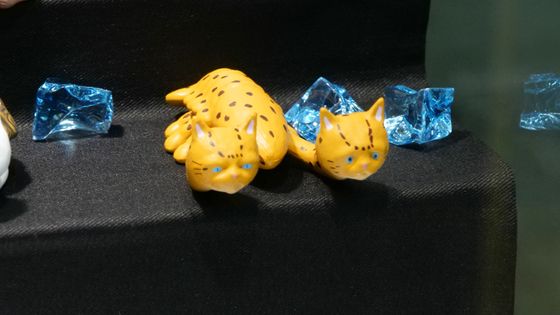 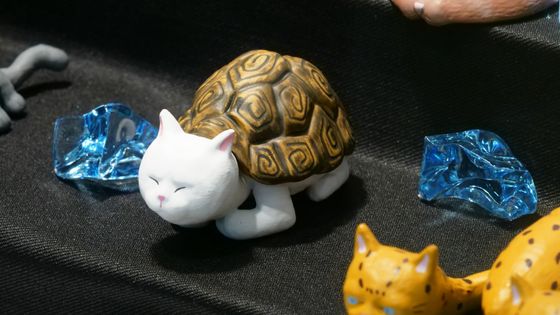 There are a variety of variations, such as the flat horseshoe crab, and the scallop squid in the shell. 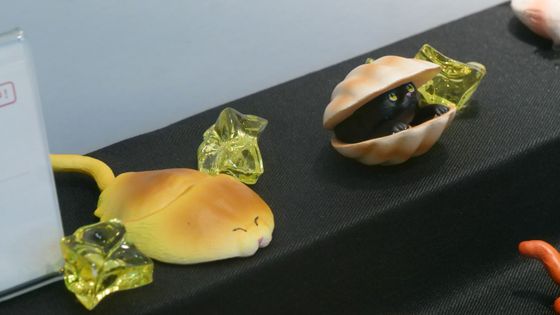 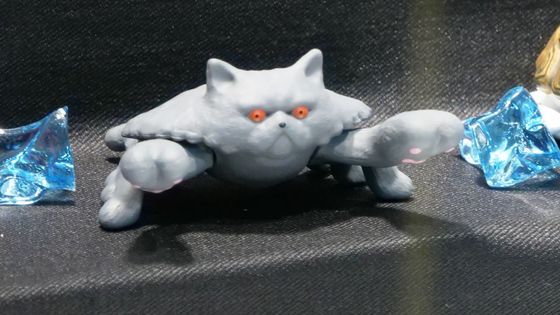 There is also a figure of 'Kaninya' whose body is red and the eyes are marked 'x'. 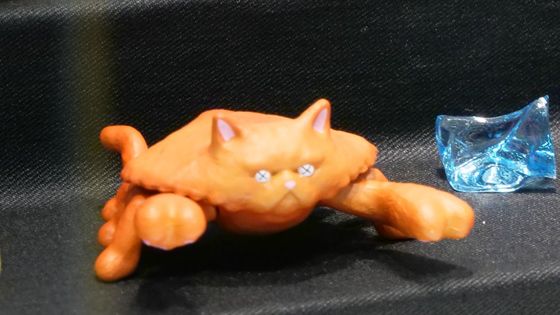 This is an event limited sale version of 'Kani-ni', and all the cats are red as if boiled. 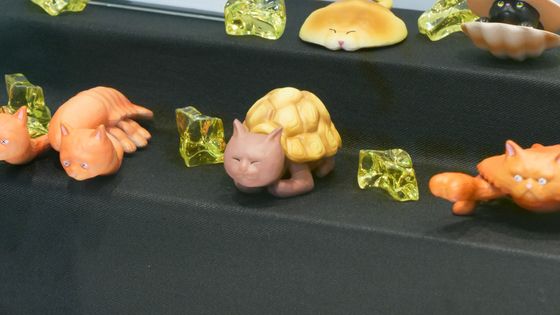