In the past, at the Wonder Festival, the

giant robo 'Kuratas' that people can ride on was unveiled . After that, Kuratas competed 1vs1 with a robot made by Megabots based on a similar concept overseas, but in Wonder Festival 2020 [Winter] , this MEGABOTS robot ' Iron Glory ' A scale model with a 3D printer output at 1/35 size was exhibited. Since it is a robot that can be ridden by humans like Kuratas, it looks like this compared to a 1/35 scale human. 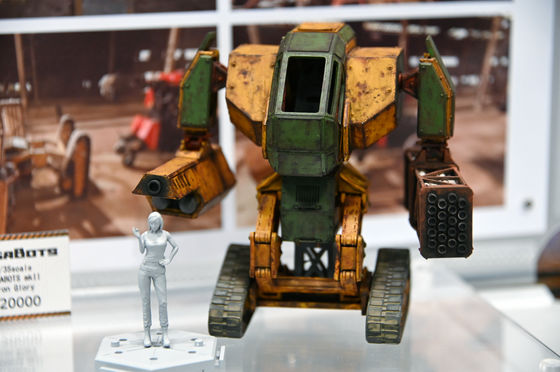 During the actual robot battle, the 20 rocket launchers equipped in the upper left were not used because Kuratas defeated Iron Glory with a dash punch immediately after the start. Megabots, the manufacturer, went bankrupt in September 2019 after the battle. Iron Glory's next aircraft, the 'mkIII Eagle Prime,' was auctioned off on eBay.