The figures that reproduced the 'Kimetsu no Yaiba' charcoal Jiro and Kaedeko were all stimulating the thread of greed. Kimetsu no Yaiba ' serialized in Weekly Shonen Jump is so popular that it decides to make it into an anime, a movie, or even a stage . A figure of such a devilish blade was exhibited at the Wonder Festival 2020 [Winter] booth.

From Aniplex, Tanjiro Kamado, who uses the Hinokami Kagura produced by BUZZ mod., Was exhibited. 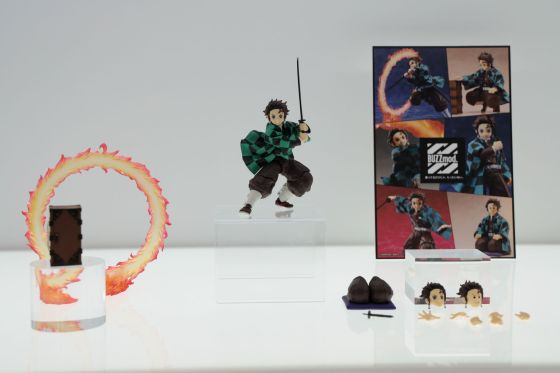 Sumijiro holding a Japanese sword. 'Bruise' appears on the forehead. 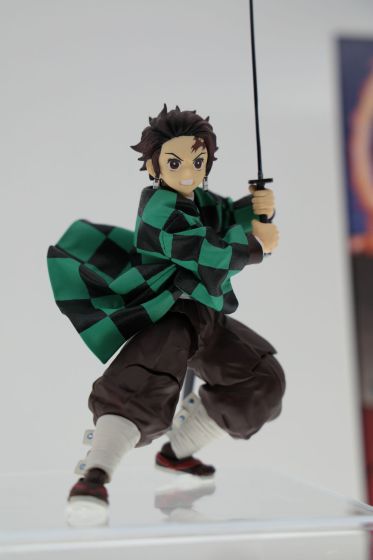 The flames of Hinokami Kagura ... 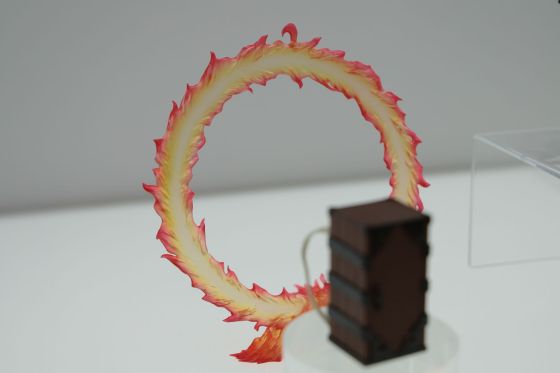 There is also a box containing the 襧 Bean child. 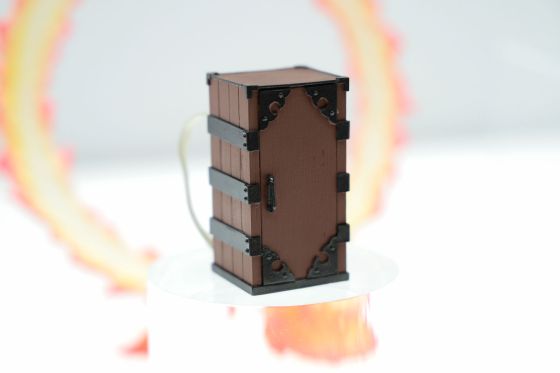 In addition, custom faces and hands are set. 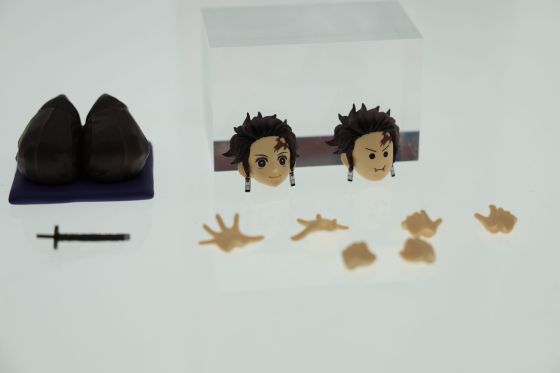 The image after actually assembling the parts looks like this. Kimetsu no Yaiba Super Premium Figure Tanjiro Kamado ', who holds a Japanese sword from Sega, will be exhibited. The size is about 20 cm in height, and I was able to get it at game centers nationwide in 2019, but it is scheduled to reappear in May 2020. 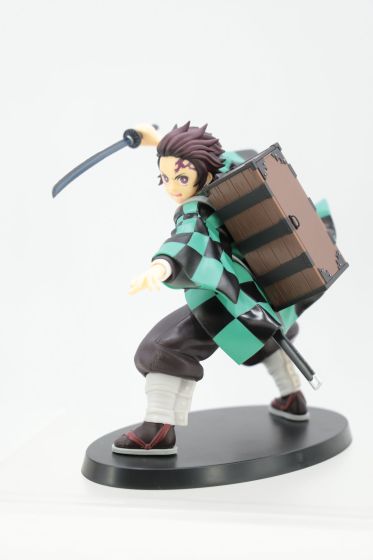 The reference exhibit, Kamado Shrine, is in the state before coloring. 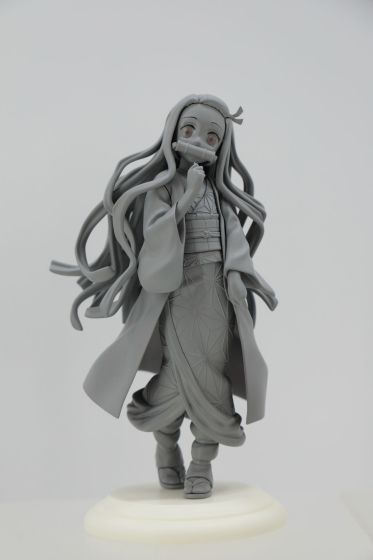 This is the 'Kimetsu no Yaiba

Super Premium Figure Azuma Zeni' at the moment when 'Fully concentrated thunder breathing Ichino type Kasumi Ippen' is delivered, and the total height is about 14 cm. You can feel the atmosphere that seems to pop out at any moment. This can also be obtained again at game centers nationwide from June 2020. 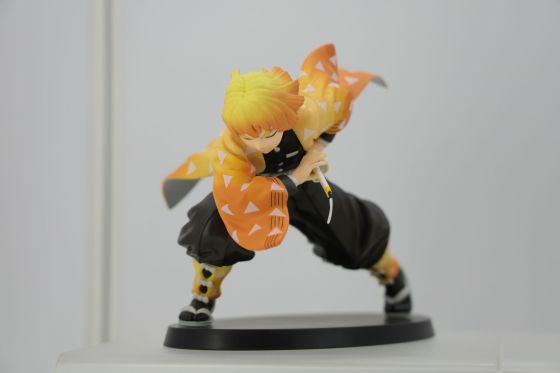 Kimetsu no Yaiba Super Premium Figure Beak Inosuke ' with the boar's headgear removed was also exhibited. The total height is about 21 cm, which is the same as the one available at the arcade in 2019. 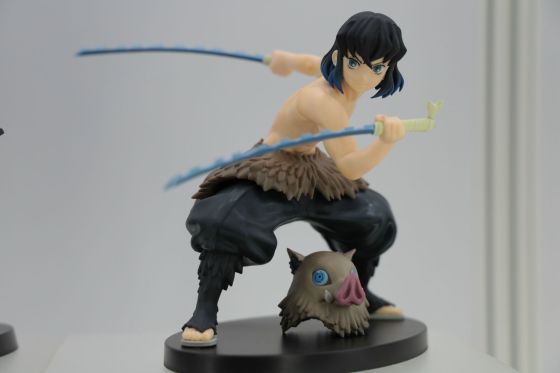 From the Good Smile Company, there is an exhibition that reproduces the battle scene with

Kasane with Nendoroid Kasane and Sumijiro. 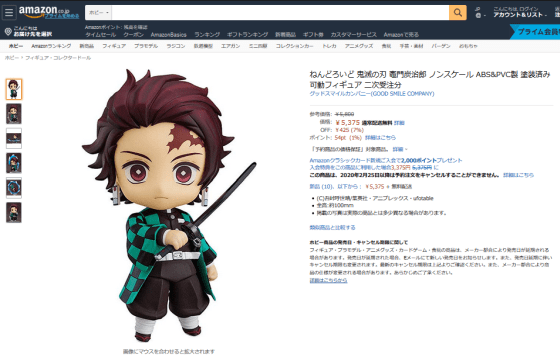 The Nendoroid of Kaedeko has a total height of about 100mm, and reservations are being accepted for 5,000 yen excluding tax. It is scheduled to be shipped on August 31, 2020. He is supervising the Nendoroids of Zeni and Inosuke. 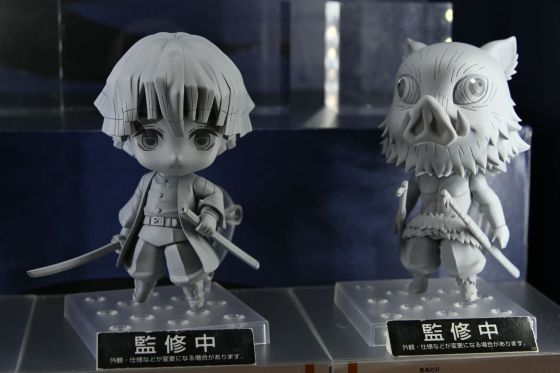 At the Mega House booth, the 'Chocorin Mascot' that reproduced the character that appeared in Kimetsu no Yaiba was announced. The total height is about 50 mm, and the price is 636 yen excluding tax. It will be on sale from the end of April 2020. The sample is Inosuke in a wild boar. 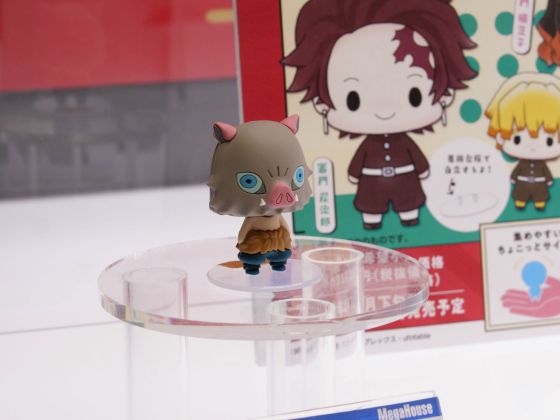 Nendoroid Kaedoko and Sumijiro before coloring look up at the sky together. The Nendoroid, named 'Rukappu,' will be available in the summer of 2020. 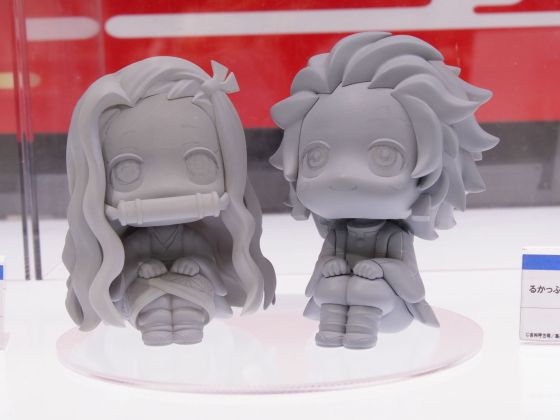 Nendoroids of pillars before coloring. It is scheduled to be released in the fall of 2020. 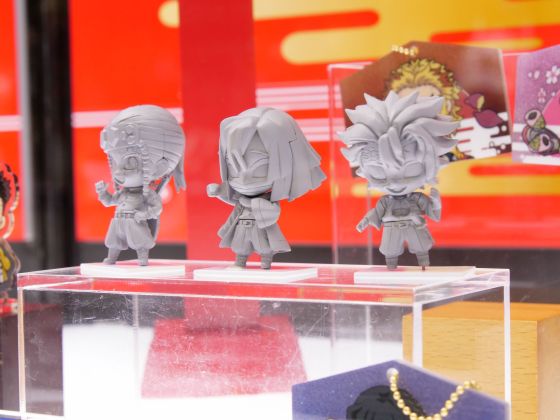 The 'Fluffy Squeeze Bread' mascot, which allows you to enjoy the fluffy feel, was also on display. Since it was released in January 2020, it is already on sale, and the price is 850 yen excluding tax. There was also a palm-sized figure with a total height of about 65 mm. The figure of 'Tenohira Kasuko-chan' has been decided to be resold and reservations are being accepted, and it can be purchased for 6380 yen including tax. It is scheduled to arrive around July 4th. 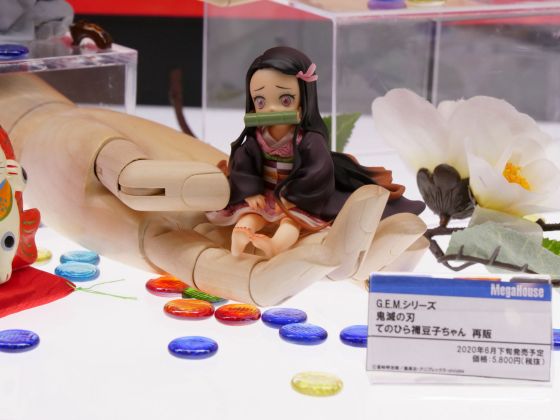 The figure of 'Tenohira Zenitsu-kun' is also accepting reservations, and this one has a total height of around 75mm and is scheduled to be released in late July. We accept reservations for 6380 yen including tax. 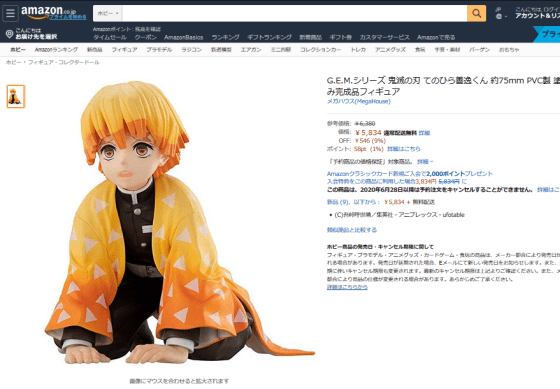 The figure of 'Tenohira Inosuke-kun' has a total height of about 130 mm, and reservations are being accepted for 6380 yen including tax. Scheduled to be released around the end of June. 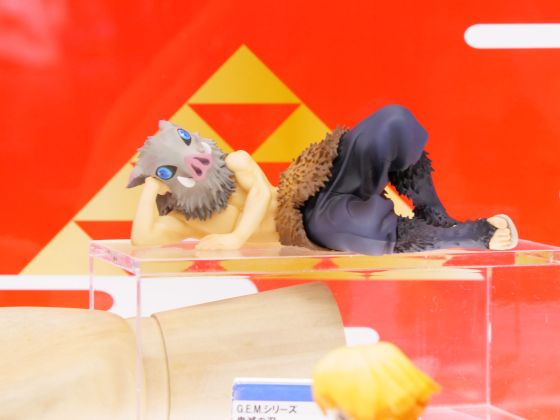 Sumijiro's figure is under supervision and will be released within 2020. 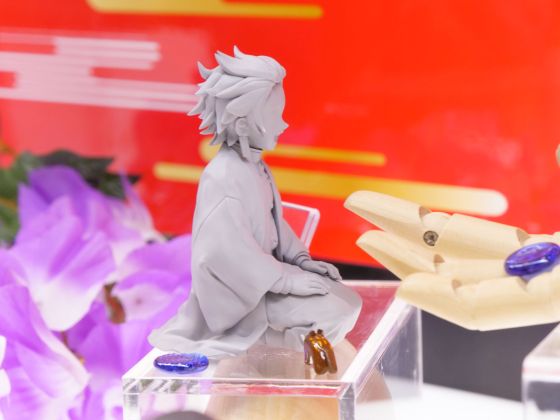