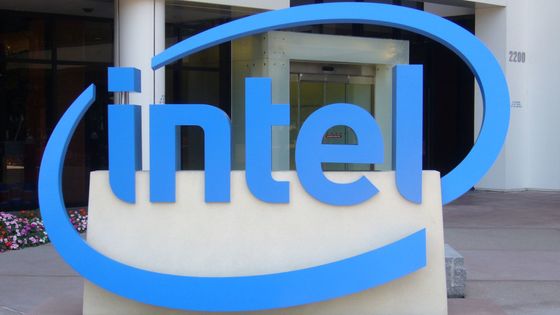 In November 2019, a major semiconductor manufacturer Intel officially announced the Nervana series of AI chips. However, in February 2020, just two months after the official announcement, Intel announced that it would discontinue development of Nervana products and focus on products of the Israeli AI chip maker ' Habana labs ' acquired in December 2019. 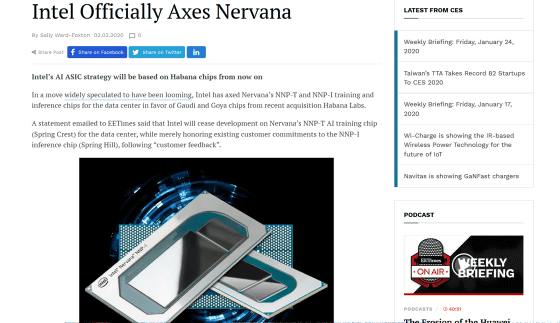 In November 2019, Intel officially announced two products for data processing for AI processing, 'Nervana NNP-T' for deep learning training and 'Nervana NNP-I' for inference processing. These products are hardware called AI accelerators , which can increase the CPU and accelerate AI-related work such as machine learning.

The Nervana family of AI chip products has been under continuous development since Intel acquired Nervana Systems, a startup in 2016. In 2018, it was provided to a limited number of customers such as Facebook and Google, etc., for testing purposes, but in November 2019 it was also offered to some general customers. However, on December 16, just weeks after the official announcement of Nervana's product, Intel announced that it had bought Israeli AI processor maker Habana Labs for about $ 2 billion. Unlike the case of Nervana Systems, which was acquired by Intel after the acquisition, Habana Labs took over management as an independent subsidiary. 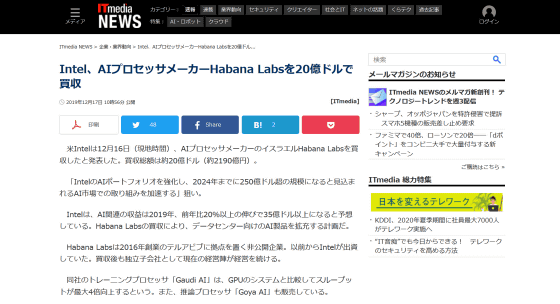 Habana Labs' AI chips, such as Goya and Gaudi , targeted learning and inference in data centers, and competed directly with Intel's recently launched Nervana NNP series. Therefore, immediately after the acquisition of Habana Labs, it was whispered that 'Intel may prioritize Habana products and cut down Nervana products'.

And in February 2020, Intel finally said, `` By migrating AI accelerators for data centers to a single hardware architecture and software stack, engineering teams can work together to deliver faster innovation to their customers. And announced that it would discontinue development of Nervana NNP-T, which was under development, and focus on Habana's Goya and Gaudi products. Although Nervana NNP-I, which has already been provided, will continue to be supported for some time, it is expected that eventually it will transition to Habana products.

WikiChip Fuse of hardware related media points out that it is unnatural for two companies to continue developing different chips for the same AI market under Intel, and `` it was a matter of time before one was cut off '' . Intel claims that important customers may have received more favorable feedback on Habana products than Nervana products, and said, `` Time will tell if this important decision was right. '' Was.