How are slangs born and trending in the online gaming world? 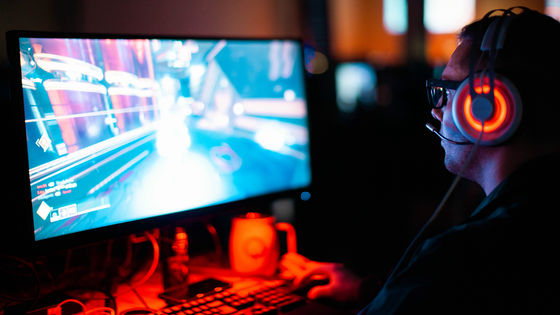 These slang often come from certain games. Popular 'as asymmetric fighting action game Dead by Daylight In', Claudette Morel character called (Claudette Morel) refers to a state lined up four people in matching lobby ' Squadette slang that' exists. Claudette is a character in the game, but in the Dead by Daylight community, it is a word with more meaning than a character, according to overseas media The Verge. In addition to Squadette, a slang that is widely used overseas, slang, such as brown tea and uncomorel, are also being created in Japan from clothes that are difficult to see as they assimilate with the cladette ground. In addition, the Zerg, an organic life race that appears in the StarCraft series, is known as an overwhelming race due to the fact that the number of units can be easily adjusted , although it is weak alone . From that point on, the word 'Zerg' has come to be used in many game communities, not just in the StarCraft series, as a slang meaning 'to be overwhelmed by a large number of enemies.'

Jim Bishop, who has been playing the StarCraft series since the beginning, said, `` When I first started playing StarCraft, Zerg was just recognizing as one of the worrisome races that could be a real threat if I was not careful. But I've realized that group tactics like Zerg are no different from the dangers faced by FPS in zombie mode, etc. ', and the slang Zerg has become widely used, especially in shooting games. She feels the reason on her skin.

At the time of writing, the slang `` Zerg '' is widely used beyond the framework of content, not only for first-person games such as Dead Island and Left 4 Dead , but also for shooting games like Elder Scrolls Online It is intended to be used in titles that do not exist. According to The Verge, 'In a multiplayer title community where communication with other players becomes important, Zerg is rarely used as a slang.'


You can easily find the slang used for each game by searching on Google, and you can check the slang collection in various places, such as on the official game forum and Reddit . Posts to these sites include the desire to support new players by covering the slang used in the game. Since slang collections basically exist on community-based websites such as game forums and Reddit, not only can you learn the terms of the game by browsing the site, but also ask others about the terms etc. It is also possible to modify. After that, the slang collected on the site will be spread by various methods such as word of mouth, SNS such as Twitter, and comment fields such as YouTube.

'The game must have a fierce competitive element,' says The Verge, as an important element for slang to be born. For example, Daniel Mitchell Benowa, a player of the overwatch popular shooting game, pointed out that `` easiness of communication '' will cause players to seek shorter and simpler words and use more slang. . In games such as overwatch where the judgment of moments and the timing of taking some action are important, slang that can communicate more concisely has a big influence on the game play itself, so it is often used That's why. This applies to titles such as Destiny 2 and Rocket League, as well as Overwatch.


In addition, the power of popular video publishers is critical to the use of slang by many users. The Verge states, 'Twitch game commentators aren't just sitting in chairs and playing games to make money; they are considered celebrities and can make their own phrases popular like stars. Yes , the phrase 'time in' from Ninja , a popular Fortnite distributor, is also a sneaker for Adidas, 'he said, with popular distributors playing a role in promoting slang.

In the Rocket League, YouTuber and esports player amustycow popularized a technique called 'Musty Flick'. Although this technique is very difficult, it is also an effective technique in the game and has gained popularity, and many fans have come to use the unique name 'Musty Flick'.

You can watch the Musty Flick tutorial movie by amustycow from below.


The Verge, which has explained the mechanism that slang is born and popular from the game community, is a common point in the birth and trend of slang as `` Using slang as part of the dialog when playing with other players So whether you're playing with someone you know or a stranger, you get a sense of community and have a good time. '

The ability to use slang to give gamers the feeling that they belong to the same community is the most important factor in the emergence and diffusion of slang in the online game community.