Tobacco continues to emit toxic substances endlessly 'after the fire goes out', nicotine exposed to non-smokers is twice the current estimate 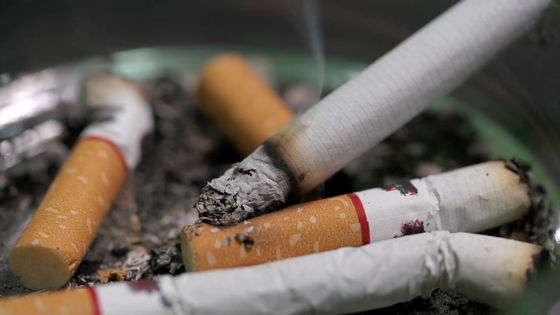 Due to the decline in smoking rates due to the rise in health consciousness, the chance of seeing lit cigarettes is decreasing, but butts are sometimes seen on the roadside. Meanwhile, an experiment to burn as many as 2,100 cigarettes revealed that even a cigarette butt whose fire has gone out and no longer emits smoke will continue to emit harmful substances for several days.

It is known that mainstream smoke smoked by active smokers and sidestream smoke rising from the lit tip contain various harmful substances , and even passive smoking is harmful to health . However, most research on butts after the fire has been extinguished has been done from the viewpoint of environmental pollution, and no research has focused on the human body or health.

So, Dustin Poppendiek, an environmental engineering researcher who was asked by the National Institute of Standards and Technology to investigate the effect of butts on health, said that smoking cigarettes under the same conditions as actual smoking Machine 'has been developed. 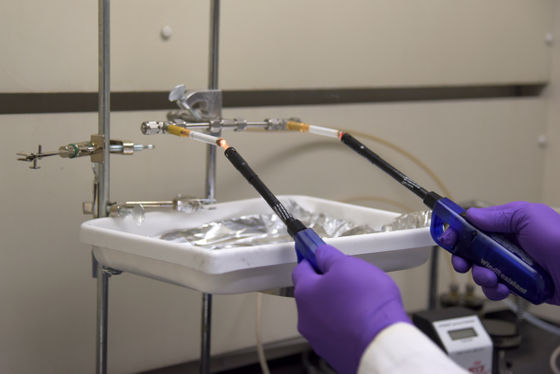 He then put the extinguished tobacco in a measuring device and measured the chemicals released from the butts. 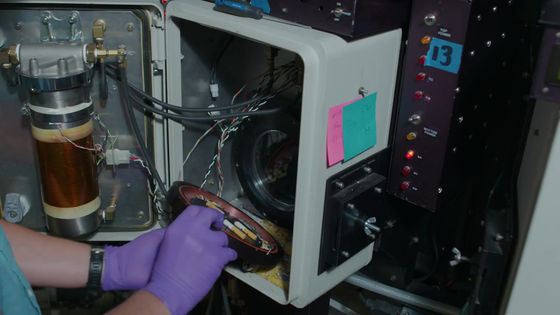 However, there are more than 90 substances on the

US Food and Drug Administration (FDA) List of Toxic or Potentially Hazardous Substances in Tobacco, so not all of them can be measured. The researchers of Poppendiek and his colleagues then focused on nicotine and triacetin , which is used in cigarette filters.

According to Poppendiek, triacetin itself is not a harmful substance, but because it is volatile and does not vaporize at room temperature, it is the best indicator for measuring long-term release of substances from butts.

The results of the experiment are shown in the figure below. The horizontal axis of the graph is the elapsed time in one-hour units, and the vertical axis is the concentration of the chemical substance. The blue '■' and the red '●', which represent the results of an experiment with the butt left in the meter throughout the experiment, indicate that chemicals have been released over 100 hours. In addition, even with the green “▲” with the butts removed at 28.6 hours after the start of the experiment, indicated by the green dashed line, less chemical substances were detected than in the other experiments. 'The amount of nicotine released from the butts in the week after the fire has been extinguished may be comparable to the sum of mainstream and sidestream smoke generated during smoking,' says Poppendieck. Non-smokers may have a cigarette butt left in an ashtray at home Nicotine could jump to twice the value estimated in 2020. '

According to the research results of the research team, the only way to not emit harmful substances from the butts is to 'put it in a closed glass or metal container filled with sand'. 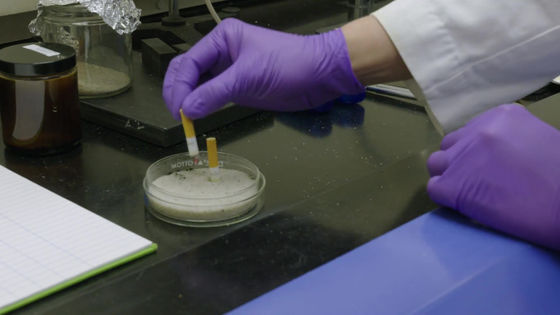 Mr Poppendieck said, `` While driving with children, some people may endure cigarettes, but if the ashtray inside the hot car is full of cigarette butts, Exposure has already taken place, and it takes years for the butts to become harmless, so it's a good idea to throw them out of the window, 'he said. Did. 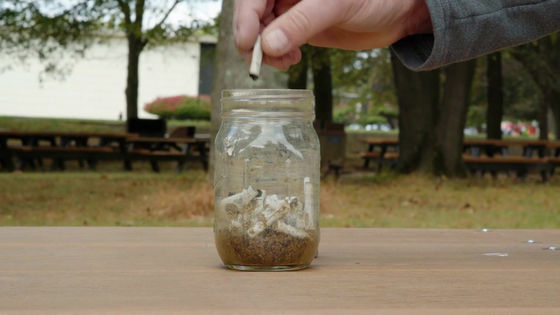