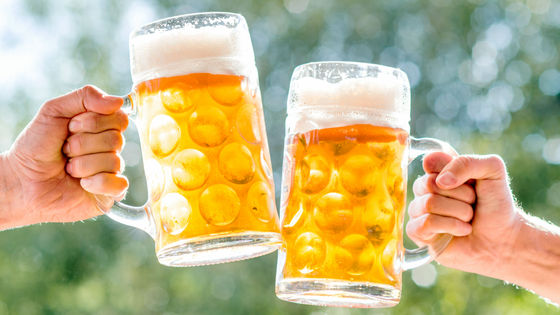 A man from Brooklyn, USA, has registered a beer with ' Emotional Support Animal '. This registration may permit 'public drinking', which is basically regulated by law in the United States.

Emotional Support Animal refers to animals that have been certified by a psychiatrist to 'relieve the owner of a mental illness.' Service animals, such as service dogs to assist people with disabilities, are required to be 'trained,' while emotional support animals do not require training. In addition, service animals are limited to dogs or miniature horses, while emotional support animals are virtually “any animal”, with peacocks and snakes even being allowed in some cases.

Emotional support animals can be brought into facilities where animals should not normally be brought in for the purpose of 'alleviating the owner's mental illness.' In addition, they were also allowed to bring them free on airplanes.

Floyd Hayes, a resident of Brooklyn, USA, has taken the loose rules and rights of such emotional support animals. Hayes applied for a pint (approx. 470 ml) of ' Session IPA ' style beer, which features a light drinking tasting while reducing the alcoholic level while using the bitterness and aroma of hops , as an emotional support animal. Regarding this application, Mr. Hayes commented on the beer, 'Not only is the session IPA delicious, but the alcohol content is a very reasonable amount of 5%, and drinking this beer does not affect my judgment, intelligence, and athletic ability. 'No,' he said, 'I have an anxiety disorder, but my apartment does not allow me to have a dog, so I thought it was appropriate to apply for an' emotional support beer. ' Beer reduces my anxiety and is a cost effective way to manage stress. ' Introducing the motivation for making such an application, stating, 'I am not alcoholic,' and saying, 'Smoking or drinking on public buses is a federal exception except in the exception of 'with prior consent'. It's a crime. I wanted to answer this question where I should get this prior consent. '

It is said that Mr. Hayes applied for `` Session IPA '' does not refer to a specific brand to the last, but Mr. Hayes recommends session IPA of local Brooklyn brewery Six Point and Coney Island Brewery . According to the Brooklyn Paper, the application for emotional support beer has been accepted.