`` Terminal Phase '', a text-based shooting game that can be played quickly on the terminal terminal emulator is very useful when performing software operations and OS settings on the command line. Christopher Lemmer Webber has developed ' Terminal Phase ', a shooting game on such a terminal emulator, and released it to GitLab as free open source software.

In order to actually check the operation, this time I will install Terminal Phase on Ubuntu . Racket is required for operation, so execute the following command to install.

Then, execute the following command to install Terminal Phase. When you execute it, you will be asked several times whether or not the packages required for Terminal Phase can be installed, so press the Enter key to proceed.

After the installation is completed, execute the following command to start Terminal Phase.

The game start screen is displayed. 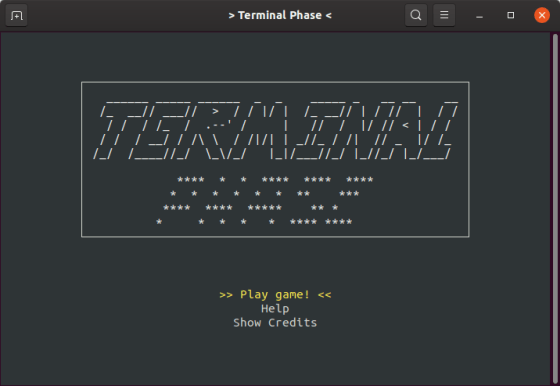 You can see exactly what it looks like when you actually play by looking at the following movie. 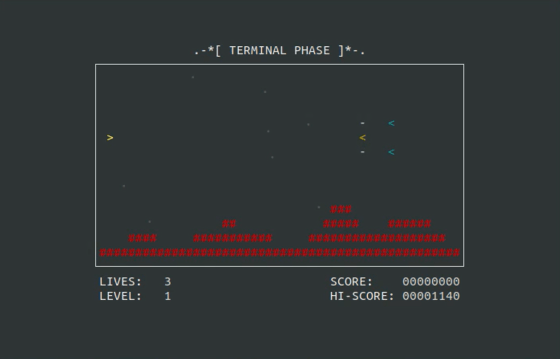 Own machine is represented by ']', it can destroy the bullets of the enemy aircraft and enemy aircraft by shooting. Press and hold the Space key to fire a bullet. 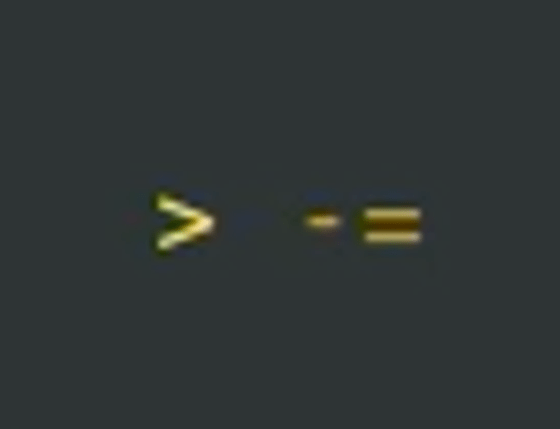 Enemy aircraft are classified according to their characters and colors, such as “ [ ” and “ S ”, and fire at bullets that track their own aircraft or move in an irregular manner. 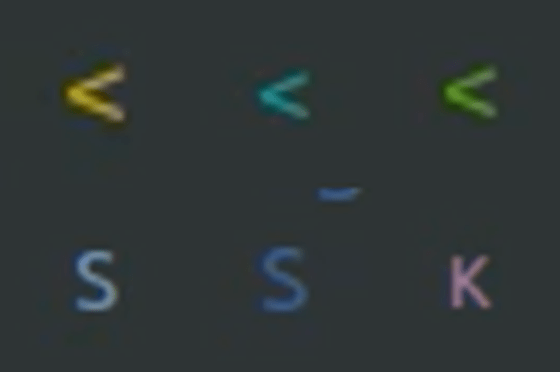 ' # ' Blocks cannot be destroyed by bullets, so they must be removed. 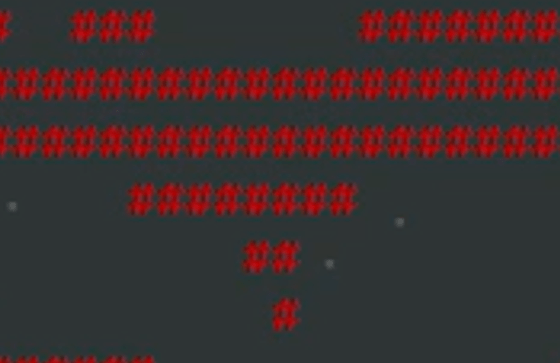 Sometimes a lot of enemy aircraft are approaching ... 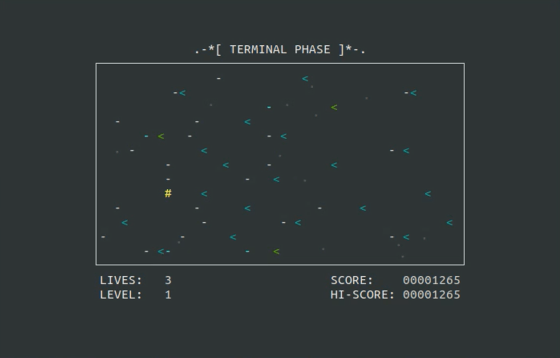 You may need to sew a small block gap. It has just been released, there are few stages, and it has been cleared to the end. 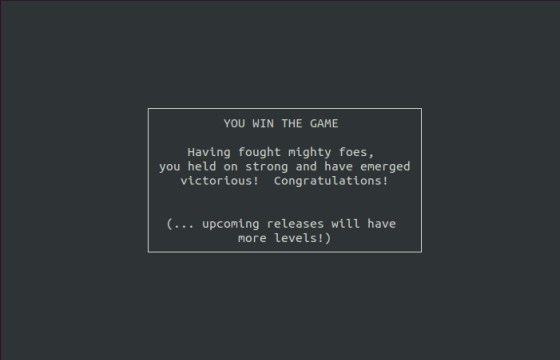 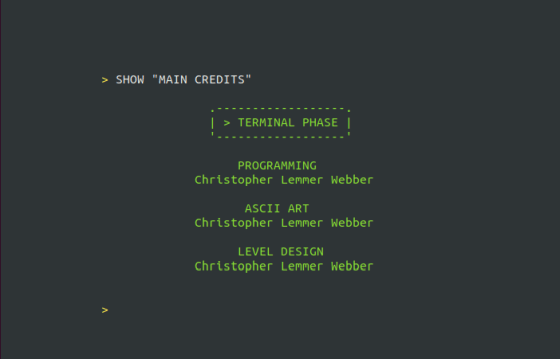 At the time of article creation, only the level 1 stage is prepared, but it will be added in the future. In addition, the development record of Terminal Phase is published on YouTube, so you can know the backside of game development.