The US government demands domestic production for the world's largest semiconductor manufacturing foundry, is it due to conflict with China? The U.S. government is reportedly urging TSMC, a Taiwanese semiconductor foundry , to manufacture chips in the United States. It is said that the US government pressures TSMC to avoid interference from the Chinese government.

The US government still wants TSMC to produce chips in America-TechSpot
https://www.techspot.com/news/83579-us-government-wants-tsmc-produce-chips-america.html

According to the Nikkei Asia Review , TSMC, the world's largest semiconductor foundry, is involved in the production of chips used in the US stealth fighter F-35 . 2018 December 31, 2008, Asia Reassurance Initiative Act (in the United States Asia reassurance Promotion Law ) is established. The law allows the United States to sell weapons to Taiwan on a regular basis, and it is said that strengthening the cooperation between the United States and Taiwan has implications for China. On the other hand, Xi Jinping Jintao of China in the 'external interference and not able to abandon the use of force against Taiwan independence forces. Necessary choices are reserved to' it was stated that in January 2019 we reported Was .

Techspot, a technology media company, said, `` Because China may dominate Taiwan with the use of force, the United States has turned TSMC, which is largely dependent on its own defense industry, into the hands of China, which is both military and technically hostile. I don't want them to fit in. ' 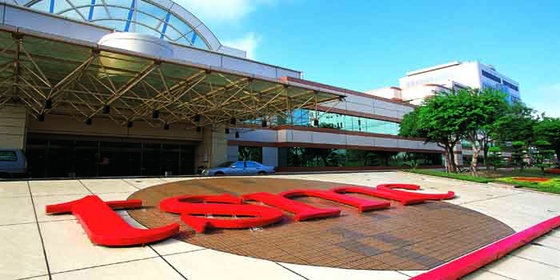 TSMC told Nikkei Asia Review, 'We have never denied building or acquiring a semiconductor manufacturing plant in the United States.' According to a report from the Nihon Keizai Shimbun, TSMC Chairman Liu Tak Yin said, 'It will not rule out the possibility of building a factory in the United States, but it will be a cost barrier. Customers do not want the price to rise due to cost increases. He was wary of producing military chips in the United States.

TSMC is involved not only in the production of military chips, but also in the chip production of many major device and chip manufacturers, including Apple, AMD, Qualcomm, and NVIDIA. Therefore, if the price rises when TSMC switches to production in the United States, it is expected that the price of PCs and smartphones will rise globally.