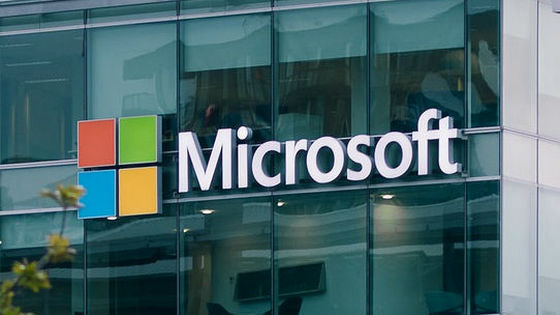 Microsoft has announced a commitment to 'reduce carbon dioxide emissions to substantially minus by 2030 and recover from the earth carbon dioxide equivalent to the amount that has been emitted since its foundation by 2050'.

Microsoft will be carbon negative by 2030-The Official Microsoft Blog
https://blogs.microsoft.com/blog/2020/01/16/microsoft-will-be-carbon-negative-by-2030/ Microsoft said on January 16, 2020, `` The world must achieve zero carbon emissions, but those who can afford should take one step further. '' 'Reduce carbon.' Achieved a `` carbon negative '' in which the absorption of carbon dioxide exceeds the emission of carbon dioxide by 2030 (making it substantially negative), and the carbon dioxide that has been emitted directly or by power consumption since 1975 when Microsoft was founded by 2050 And pledged to remove the same amount from the earth. 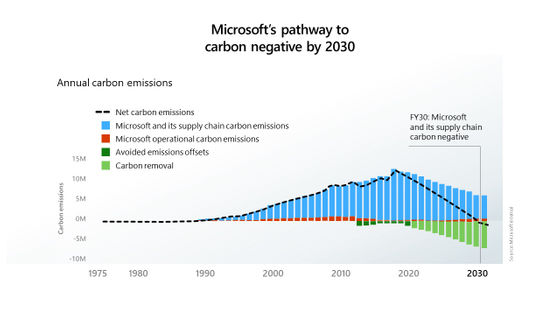 In addition, Microsoft will invest $ 1 billion (about 110 billion yen) as a Climate Innovation Fund over the next four years to accelerate the development of carbon removal technology and support public policies related to carbon reduction. Announced.

According to Microsoft, 'scientific consensus is clear, and the issue of carbon dioxide is a pressing issue for the world. Humans need to remove as much of their carbon emissions each year as possible, aggressive approaches and the development of new technologies. We need innovative public policy. '