Experts propose a new definition of withdrawal, pointed out that pathology is common not only in Japan but also in the world 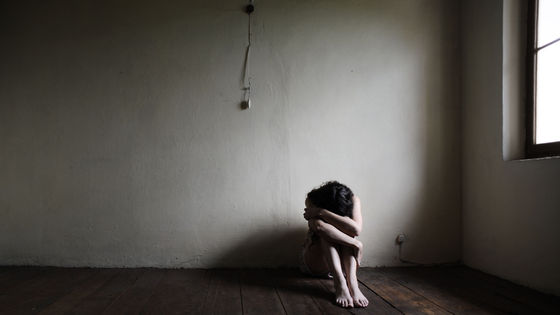 The term ' withdrawal ' refers to a person who is withdrawing from home without going to work or school, and began to be a major problem in Japan in the late 1990s. Experts at Kyushu University and the University of Oregon Health and Science have suggested that withdrawal is now a common pathology in the world, and are trying to propose a new definition of withdrawal for treatment.

Expert teams from Kyushu University, Professor Emeritus Shigenobu Kamiwa and Takahiro Kato , and Alan Theo from Oregon Health Science University, alleged redefinition of withdrawal. In an article published in World Psychiatry , a psychiatric medical journal, three people said, `` The problem called 'withdrawal' has shifted from the perspective of a typical problem in Japan to a global problem affecting health. 'Withdrawal is more widespread than previously recognized. The team emphasized the importance of providing 'clear and consistent definitions' to improve the treatment of withdrawal sufferers around the world.

The expert team noted that withdrawals were 'significantly socially isolated at home,' 'social isolation persisted for at least six months or more,' 'significant distress or dysfunction for social isolation.' Must meet all three requirements. With this new definition, people who go out more than 4 days a week are not allowed to stay home, and sometimes leave the house (go out 2 to 3 days a week), or almost leave home (1 day a week or less). 'Outgoing'), 'rarely leave home (rarely out of one room)' defines the 'severeness of withdrawal' of 'mild', 'moderate' and 'severe'. In addition, if you have been in a social isolation period of 3 months or more and less than 6 months, you will be considered to be in the 'pre-stage of withdrawal.' Among the new definitions of withdrawal, the following four points are important.

・ 1: Clarification of going out frequency
The core concept that makes up the definition of withdrawal. What is different from the conventional definition is that it clarified that 'go out of the day on the week'.

・ 2: Elimination of the requirement to avoid social involvement
Interviews have revealed that withdrawal patients do not necessarily reject social interactions while acknowledging that they lack significant social connections and interactions. In addition, to clarify the differences from social anxiety disorders , the team of experts has removed the requirement of 'avoid social engagement' from the new definition.

・ 3 ： Improved definition of pain
Patients in the early stages of withdrawal often confess that they feel 'secure' by being able to escape from painful relationships outside the home. However, prolonged withdrawal causes most people to report 'painful'. In response, the expert team warned that a new definition of withdrawal would require 'observation of the patient's distress or dysfunction.'

・ 4: Deleted the exception that 'If you have another mental illness, you are not withdrawn'
'It was evident that withdrawal tended to coincide with mental illness,' the expert team said, removing the above exception. 'The frequency of mental illnesses during withdrawal increases the importance of treating social withdrawal as a health problem,' said a team of experts.

`` The problem with withdrawal is whether an 80-year-old woman living in Portland who lives and receives a school lunch delivery service for the elderly or an 18-year-old living in Japan, '' said Alan Theo, a team of experts. It is common. ”He emphasized the importance of defining a withdrawal definition in a manner that is independent of age and country.