Cup Noodle Miso '', ranked first in Nippon Food's `` Bukkumi Rice '' series, which is ranked first in the cup noodle ranking that matches diapers ) Has appeared. The three types of miso, white miso, red miso, and barley miso, are combined, and the soup is accented with ginger and garlic. It has a taste as if it were. 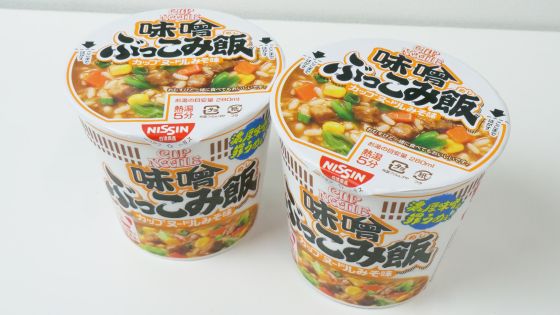 If you compare the package with regular 'cup noodle miso', the boiled rice is thicker and shorter. Comparing the soup ingredients to 'Cup Noodle Miso', you can see that the salted rice is not added to the bukkomi rice, there is no yeast extract or boiled powder, and the composition of the amount is slightly different. Calorie is 371kcal per meal. When I opened the lid, there were cabbage, corn, carrots, and mystery meat. 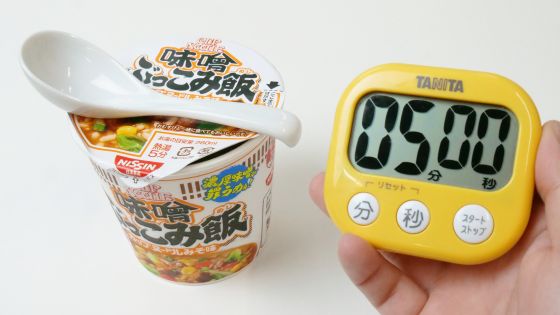 After 5 minutes, stir the contents of the cup and complete. 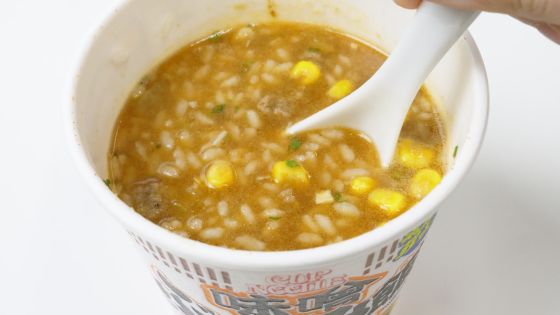 First of all, if you drink only the soup, the simple but deep flavor of “Cup Noodle Miso” is well reproduced. 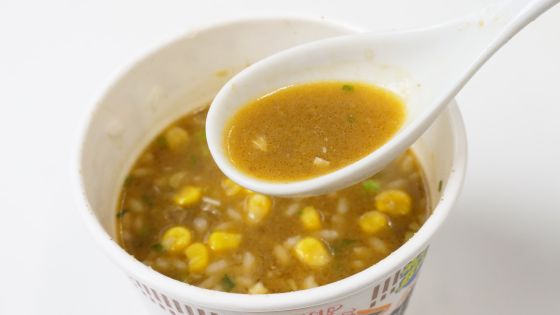 If you try it with rice, the rich flavor of miso matches the rice exquisitely while the spices irritate your throat. The soup has a mellow and mellow taste, probably because it contains starch. Even though I was eating rice, it tasted like white rice and I wanted to eat it. 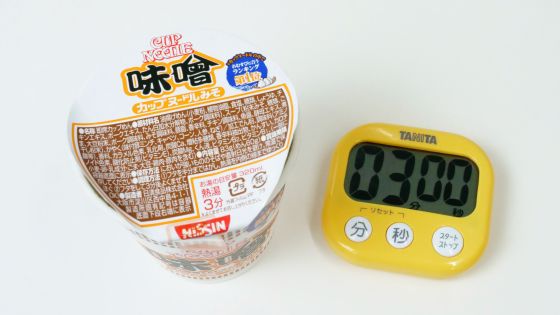 Since the noodles are sunk with air, the cup noodles have a stronger feeling that the flavor of the miso is going through the nose. The taste of the soup is almost the same, but the cup noodle has a slightly oily flavor like chicken chicken. `` Cup noodle miso bukkomi rice '' is sold at retail stores such as supermarkets and convenience stores nationwide at 230 yen excluding tax, and at Amazon.co.jp 6 pieces can be purchased at 1490 yen including tax .