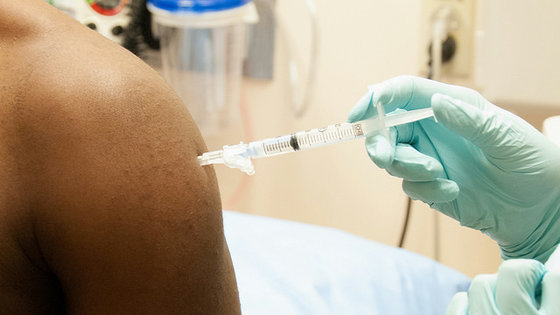 The world's first vaccine for Ebola hemorrhagic fever , which is said to have a fatality rate of 80%, rVSV-ZEBOV (trade name: Ervebo) was launched by the EU in November 2019 and by the US Food and Drug Administration (FDA) in December 2019 Authorized. STAT of overseas news media explains how this rVSV-ZEBOV has been developed.

The inside story of how scientists produced an Ebola vaccine
https://www.statnews.com/2020/01/07/inside-story-scientists-produced-world-first-ebola-vaccine/

'Ebola' in the center of West Africa, including Guinea from the end of 2013 pandemic , and 28,512 people were infected 11,313 people came to be known to the world by the death. Since then, research on vaccines for Ebola has been promoted, but in August 2018 in the Democratic Republic of the Congo in Central Africa `` Internationally tested public health emergencies '' (PHEIC) Ebola spread again at levels declared by (WHO). More than 1,600 people died in the year to July 2019.

Declaration of emergency about epidemic in Congo where death of Ebola hemorrhagic fever exceeded 1600 people, concern about international spread of infection-GIGAZINE 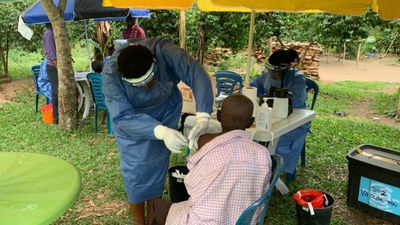 Ebola is the first disease confirmed in a man from the Ebola River basin in Africa to be transmitted by droplets or body fluids. The incubation period is 2 days to 3 weeks. If you become sick, you will suddenly suffer from high fever, weakness, vomiting, diarrhea, etc. If the disease progresses, you will see bleeding from the whole body, and you will die due to dehydration and multiple organ failure. The mortality rate is said to be 50% to 80%, and it is said that it is difficult to stop the infection especially in areas with poor public health because the infection spreads even in the body fluids of the dead.

The cause of Ebola hemorrhagic fever is the RNA virus called Ebola virus, which has a very high infectivity, so the biosafety level has been set to the highest level, 4 as a particularly dangerous virus. rVSV-ZEBOV is a vaccine using a livestock infectious disease virus called vesicular stomatitis virus (VSV). VSV is almost asymptomatic in humans and recovers in 1 week to 10 days, although rarely accompanied by fever, chills and muscle pain. RVSV-ZEBOV is a VSV whose gene is modified to express the glycoprotein of Ebola virus so that it functions as a so-called 'carrier (vector)' for the antigen .

Vaccine using VSV as a vector is a technology that has been applied to bird flu, measles, SARS, Zika fever, etc. Heinz Feldman, who worked at the Infectious Diseases Research Institute at the U.S. Army Medical Institute, has been studying the development of VSV-vectored vaccines for many years. He works at the National Institute for Microbiology, a facility that can also study biosafety level 4 viruses, including the Ebola virus. Around 2000, Dr. Gary Nebel, director of the Vaccine Research Center at the National Institutes of Health, claimed that 'Ebola virus glycoproteins cause lethal damage to infected animals and people.' However, Feldman disagreed with Dr. Nebel's claim and believed that VSV could prove Dr. Nebel's error.

In other words, it turned out that the glycoprotein of Ebola virus does not cause Ebola hemorrhagic fever, but rather functions as an antigen that provides immunity to Ebola virus. 'We didn't start right away because of various priorities, but I think this was the start of the Ebola vaccine development project,' Feldman said. In 2005, rVSV-ZEBOV experiments were performed on monkeys . In this study, monkeys infected with rVSV-ZEBOV did not develop Ebola hemorrhagic fever when exposed to Ebola virus. This demonstrates that rVSV-ZEBOV can be used as an effective vaccine against Ebola virus.

However, just because rVSV-ZEBOV proves effective does not mean that a vaccine will be developed immediately. In order for vaccines to be marketed as medical products, rather than at the laboratory level, pharmaceutical companies need to develop at a cost of nearly $ 1 billion. However, 'At the time, no one was interested in the Ebola virus vaccine,' Feldman recalls.

The turning point came to Mr. Feldman in March 2009. An accident occurred in which a German researcher stabbed his finger with a needle stuck to the Ebola virus. The University of Hamburg Medical Center where the woman was transported applied for rVSV-ZEBOV. The Government of Canada has granted rVSV-ZEBOV, and women were vaccinated with rVSV-ZEBOV 48 hours after the accident.

As a result, the woman survived her life despite fever, but she escaped the development of Ebola. Due to the immediate and extrajudicial emergency actions taken, it has not been scrutinized whether the woman was actually infected with the Ebola virus, and it is unknown whether rVSV-ZEBOV suppressed the development of Ebola hemorrhagic fever, Certainly, this was one example of the safety of rVSV-ZEBOV. 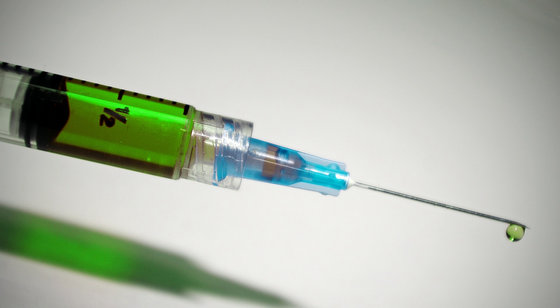 Still, the research on rVSV-ZEBOV was not given enough budget. During the budget application process, Frank Plummer, a mayor of the National Institute of Microbiology, said, `` During the budget application process, words like `` why (cannot be confirmed) Canada need to tackle the Ebola virus '' every year? I always had to keep my budget, and I was constantly competing with other departments for budget. '

Therefore, the rVSV-ZEBOV research team at the National Institute of Microbiology contracted with a German supplier to establish a production line for rVSV-ZEBOV to secure a budget. It seems that it was quite difficult to establish a production line from nothing 0, but finally the U.S. biopharmaceutical manufacturer NewLink contracted with the Canadian government that officially holds patents, and developed each product We paid $ 156,000 for each and acquired a license to produce vaccines.

In 2014, the Ebola outbreak in West Africa killed more than 11,000 people. At this time, Gary Kobinger, who was conducting research on Ebola virus at the National Institute of Microbiology in Canada, offered to WHO to provide the developed rVSV-ZEBOV, and through the Canadian government, WHO provided rVSV-ZEBOV to the WHO. Was donated in a hurry. 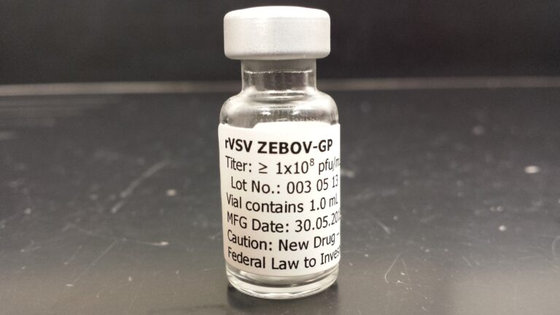 However, the WHO stated that `` the introduction of rVSV-ZEBOV is premature because the appropriate dose of rVSV-ZEBOV has not been determined and its safety has not been reliably demonstrated by clinical experiments. '' Refuse use of ZEBOV. Kovinger admitted that rVSV-ZEBOV was safe, but said, 'WHO is right.'

WHO also does not mean ignoring the rVSV-ZEBOV, given the extraordinary threat of Ebola hemorrhagic fever pandemic, the safety of the rVSV-ZEBOV that has been donated by the Government of Canada evaluated in clinical trials, appropriate dosage also be clearly '( PDF) Declares ' ethical obligation '.

WHO and the Advanced Biomedical Research and Development Agency (BARDA) have signed a contract with Merck & Co. (MSD) to announce that they will proceed with rVSV-ZEBOV research and development. Less than a year after Canada provided WVS with rVSV-ZEBOV, rVSV-ZEBOV-based vaccines were administered to approximately 7,600 subjects in 12 clinical trials, and almost all patients were treated for Ebola hemorrhagic fever. It was rated as 100% protective.

Ebola vaccine, which is said to be 100% effective for Ebola hemorrhagic fever, will be put into practical use within 2 years-gigazine 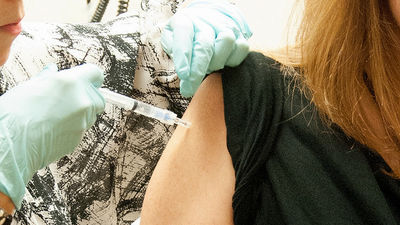 As with influenza virus vaccines, rVSV-ZEBOV does not reliably prevent the development of Ebola hemorrhagic fever because glycoproteins change with the type of Ebola virus. Nevertheless, MSD has given the go-ahead for Ebola vaccine production and spent $ 175 million to secure a production line.

And rVSV-ZEBOV became 'Ervebo', the world's first Ebola virus vaccine approved by a regulatory body in November 2019. Ervebo was approved by the US FDA on December 21, 2019.

Marie-Paul Keeny, head of the development department for the Ebola virus vaccine at WHO, said of the success of rVSV-ZEBOV: `` When things really go wrong, there are often small problems that are continuous, So trains don't derail, and when good things happen, the same things can happen.Every single thing doesn't happen alone, but everything succeeds together. ' Was.