On the panel on the counter, red and white burgers celebrating the first New Year of Reiwa were appealing. That's why I bought Burger & Potato for each of Red and White. 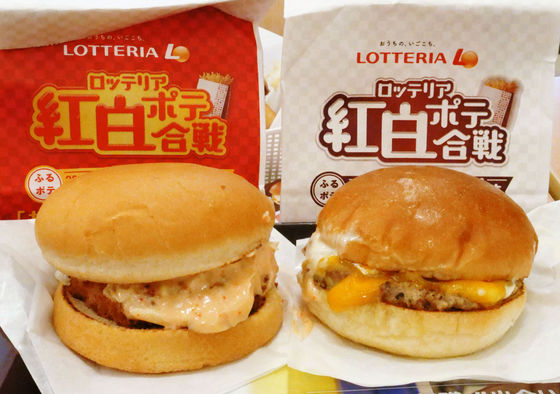 First, a comparison between burgers. The size is like this, both are normal size burgers. 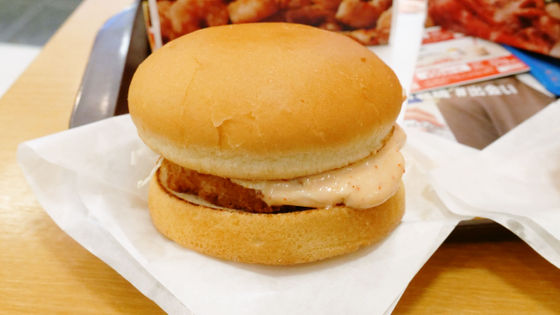 A special sauce that mixes Lotteria's original tartar sauce and mayta sauce mayo sauce protrudes from between the buns. 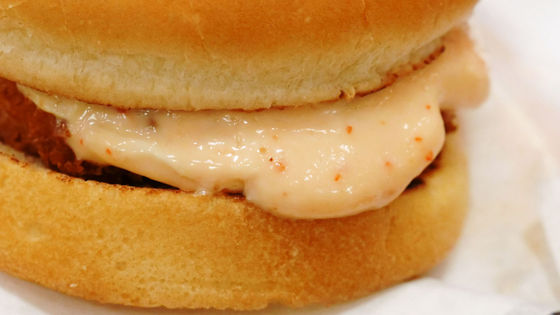 Opening the paka and buns looks like this. The cabbage is slightly less than the fried shrimp patties. 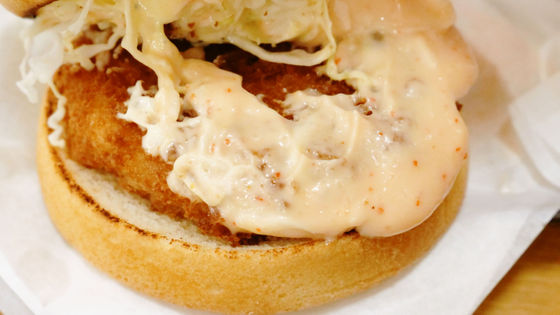 When I try to eat it, the taste of mentaiko is as if the taste and the richness of mayonnaise are amplified. Because it is a shrimp burger, the fried sandwiched in the bun contains plenty of Banamei shrimp and you can enjoy the texture of Puri Puri. However, the flavor of the mentaiko sauce is generally strong, and the shrimp feeling is weak. 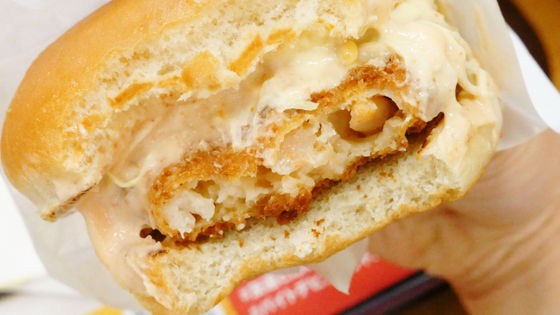 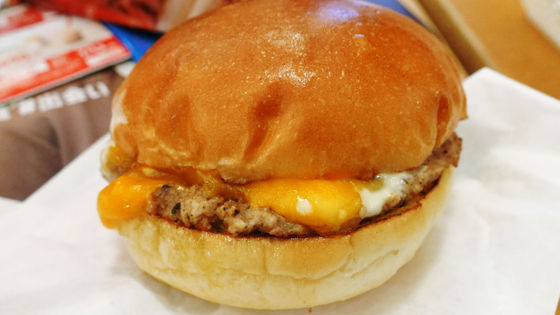 When you open the buns, you will find white cheese sauce with plenty of blue cheese, in addition to cheese with dark yolk that is also used for Lotteria's standard menu, 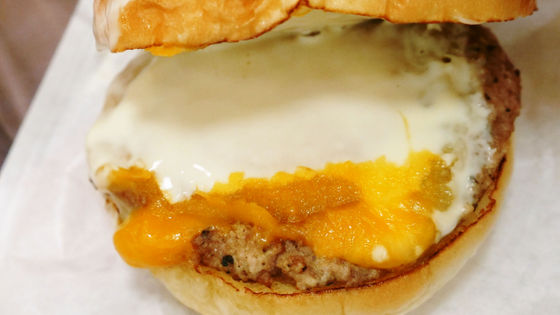 When you eat it, juicy patties that are seasoned with spices such as pepper and oregano, and cheese that has an impact that is comparable to that, spread together in your mouth. The richness of removing the smell of blue cheese and adding richness and umami, combined with the taste of topping Gouda cheese and red cheddar cheese, it is just like cheese cheese cheese. If you like cheese, it was a burger that would make you want to get a vote in the white set unconditionally. 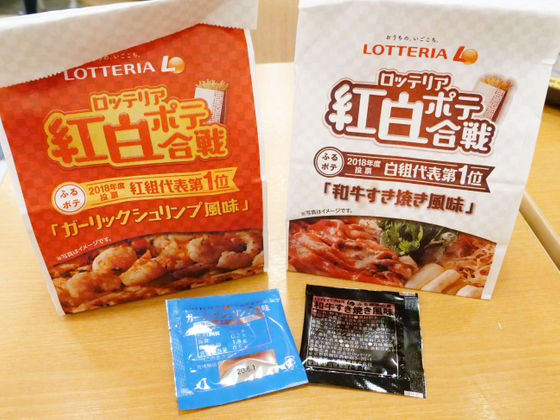 The red and white potatoes have different powders applied to the potatoes. Nutritional components of Garumi Shrimp Flavor Powder of Benigumi are as follows. Put the powder in a potato bag ... If you shake well, 'Furu Pote' is completed. When I ate it, it tasted like a shrimp with fried shell and garlic, and it was so rich that it seemed that the original flavor of potato had disappeared somewhere. 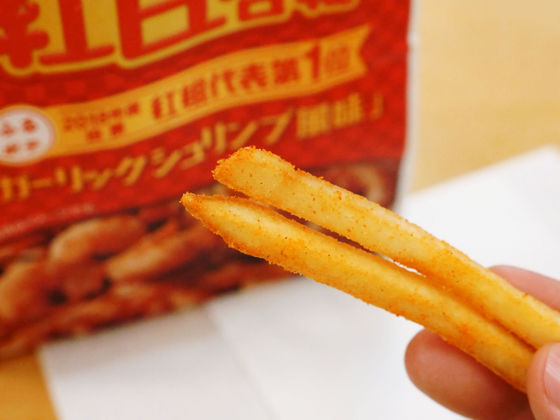 On the other hand, the ingredients of Shiragumi Wagyu beef sukiyaki flavor powder are as follows. When I made this 'Furu Pote' and ate it, I found that it had a sukiyaki flavor with a savory flavor like tallow added to an oil-like split flavor with plenty of sugar. Also, on the same day as the Red and White Series, 'Classic Burger Chicken Fillet' (580 yen per item) is also available. It is a burger with chicken made from Patty of 'Classic Burger' which appeared in December 2018. rice from ' rice rice ' grown on feed mixed with rice That it is. Since each ingredient is cut thick, it is a burger with a height. When you try to eat it, the outside is crispy, and the inside is juicy chicken fillet. When you chew it, the taste of the meat exudes and the desire to eat meat is satisfied. The taste of the sauces, such as rich honey mustard and sour Cajun spices, was modest, and the original taste of the ingredients, such as tomatoes, onions, and pickles, was directly felt. Also, for a limited time from January 6 to January 19, 2020, you can vote for this red and white burger by using your Twitter account from the link below. If you vote, you can get all the coupons for 'Menta Mayo Tartar Shrimp Burger' and 'Exquisite Cheese Cheese Cheese Burger'. Furthermore, shrimp burger and exquisite cheese burger merchandise exchange tickets (for a total of 20) will be won by lottery.