8 games to play when you get a Nintendo Switch Until now, the Pokemon series that has appeared for mobile game consoles, but since this work is now available for Nintendo Switch, the 3DCG models of each Pokemon have also been renewed. Sword Shield has been a big topic before its release, but it looks like Mokomoko's Wooloo and ... Overseas reaction to the evolution of kamoonegi, which is newly appearing in Pokemon Sword Shield-gigazine 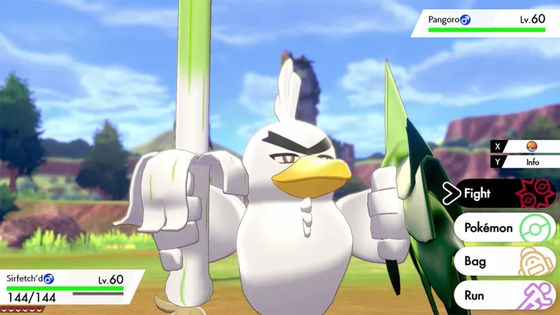 New Pokémon, such as the new Pokémon “Wow,” which only pokes out Pikachu, attracted attention. The Verge states, 'Sword Shield is the best adventure in the long-standing Pokémon series. The new game matches the two qualities of the Nintendo Switch, catching Pokémon on the go and providing great visuals on the big screen of the house. You can enjoy it, 'he praised Sword Shield.

In addition, at Amazon.co.jp, Pokemon Sword Shield is sold at 5720 yen including tax each.

◆ Untitled Goose Game-A mischievous goose has arrived! ~
An unusual game of manipulating cute geese and mischievous to humans is 'Untitled Goose Game-A mischievous goose has arrived!' In the game, there is a ToDo list that the goose should clear, and the goal of the game is to clear this. Some ToDo lists, such as 'wet your uncle' and 'open a picnic', do not tell you how to clear them just by reading the text, so they are an action puzzle that involves trial and error from a goose perspective.

GIGAZINE is actually reviewing it, and if you read the following article you can see in detail what kind of game it is. 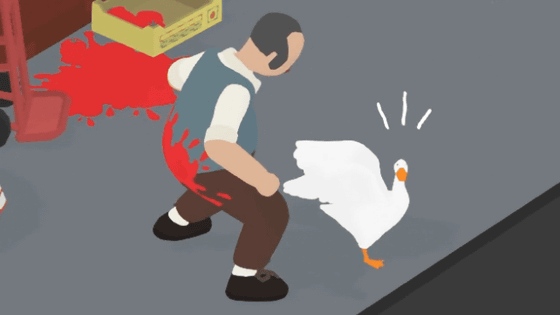 ◆ The Legend of Zelda Dreaming Island
'The Legend of Zelda: Dreaming Island' is a complete remake of the same title that first appeared in 1993 as Game Boy software . This is the second Zelda legend series to appear on the Nintendo Switch, following Zelda's legendary Breath of the Wild . A dream island that was expressed in 2D on the Game Boy can be revived in 3D with Nintendo Switch, and you can operate a cute looking link like a clay animation and explore Koho Lint Island. One of the highlights is that familiar characters in Nintendo such as Wan Wan and Kuribo are faithful to the original.

GIGAZINE is also reviewing it, and the familiar 'Dorobo' call was alive for those who have played the Game Boy version. According to The Verge, 'The dreaming island is not a completely new work, but because there are many legendary Zelda series, the dreaming island of the Nintendo Switch version feels like a new thing. In a small world like a diorama, charm You can enjoy a classic game. '

The official introduction video can be seen below.


In addition, 'Fire Emblem Fuka Hanayuki' is 6484 yen including tax at Amazon.co.jp .

◆ Ring Fit Adventure
'Ring Fit Adventure', where Nintendo suddenly released a ' mysterious ring ' became a hot topic, where you can train yourself while playing a game. You can train the characters and muscles in the game at the same time while doing a muscle training called a game using a special ring con. Because the exercise intensity of Ring Fit Adventure can be set freely, you can do a good sweating exercise, or you can bullied your body thoroughly, and you can exercise harder than you imagined.

You can understand how you can actually exercise by checking the following article. “The Ring Fit Adventure is one of the weirdest ideas coming out of Nintendo. A fantasy adventure that combines a fitness game like Nintendo's best-selling game, Wii Fit , with exploration and turn-based battles. The combination of these sounds strange, but it's surprising: two seemingly different aspects complement each other so perfectly that you can have a fun workout. I do. ' 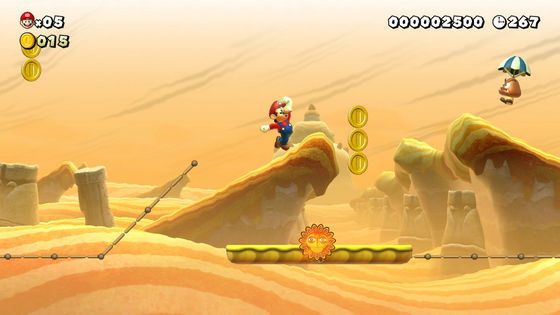 The most interesting thing is the 'World Course' where you can play original courses created by players around the world. Super Mario Studio 2 in just less than two weeks since it was released two million or more types of courses have been posted, worst of 1-1 remake or course that reproduces a three-dimensional maze of 3D dungeon RPG in a 2D side-scrolling , cooperation Intense mess courses that are essential to play have appeared. In addition, there is also a new mode called “Minna Battle” where up to four players can play online. 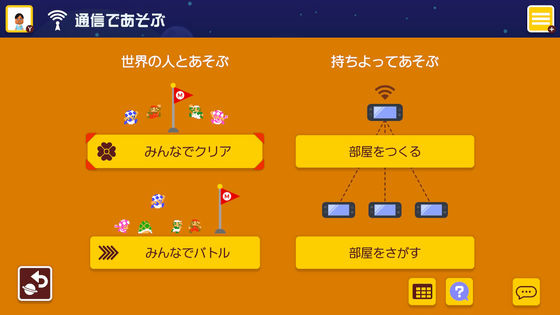 ◆ The Witcher 3 Wild Hunt
An open world RPG that has appeared for PC, PlayStation 4, and Xbox One is ' Witcher 3 Wild Hunt '. It is also a point that the Nintendo Switch version is a complete edition with all download contents etc.

◆ Luigi Mansion 3
Eighth is Luigi Mansion 3, the latest work in the Luigi Mansion series, in which Luigi wanders around the haunted house looking for Mario. As The Verge explains, `` Luigis latest adventure is a slapstick comedy rather than a typical horror game, '' Luigi Mansion 3 is finished in a work that even those who are not good at horror games can play . In addition to the new vacuums Luigi uses to suck in ghosts, new features have been added, as well as a party mode for multiple players.

The official introduction video is as follows.