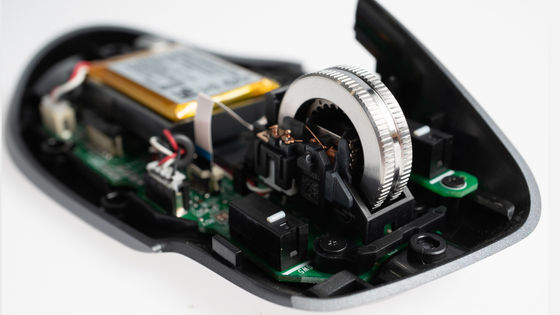 MX Master 3 ' has appeared in Logitech's high-end mouse ' MX Master ' series, which is known as the Logitech brand in Japan. MX Master 3 is one generation ago from the result of disassembling a high-end mouse with a suggested retail price of 13,500 yen by Eric Weinoffer, an engineer who supports product development of venture companies at Venture Capital Bolt.io. It summarizes how much it has evolved compared to the model of.

Logitech MX Master 3 vs 2S Teardown: Our favorite mouse got even better? The Bolt Blog
https://blog.bolt.io/logitech-mx-master-3-vs-2s/

◆ Wheel improvement
This is the one that I removed the cover of MX Master 3 at once. What Weinoffer felt was the most notable evolution was the wheel with the 'MagSpeed Electromagnetic Scroll' feature. 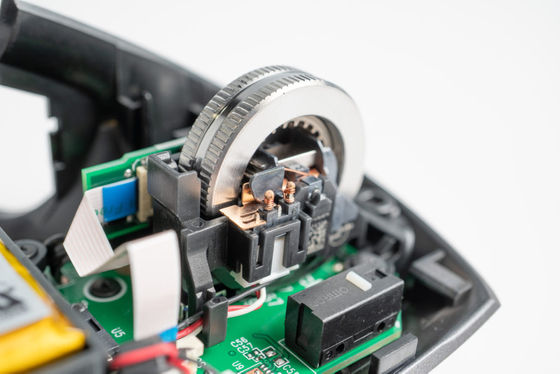 It is said that the noise sound when rotating the wheel was unpopular with the MX Master 2S one generation ago, but the MX Master 3 is capable of 'scrolling 1000 lines per second' with almost no sound. On the other hand, by pressing the mode shift button in the center of the mouse, you can switch between 'free spin mode' where there is no resistance when turning the wheel and 'ratchet mode' where there is a feeling of resistance, so if you want a response or precision It comes in handy when you want to scroll.

When I remove the cover of MX Master 2S, it looks like this. 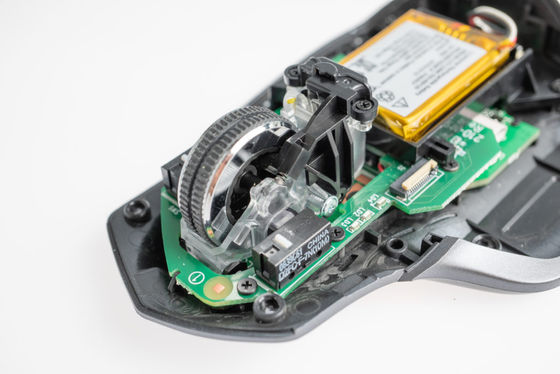 If you take out the wheel unit, you will see a large motor behind the wheel. This motor is used to move the cam to control the wheel mode switching. In addition, soft rubber is attached to the outer circumference of the wheel. 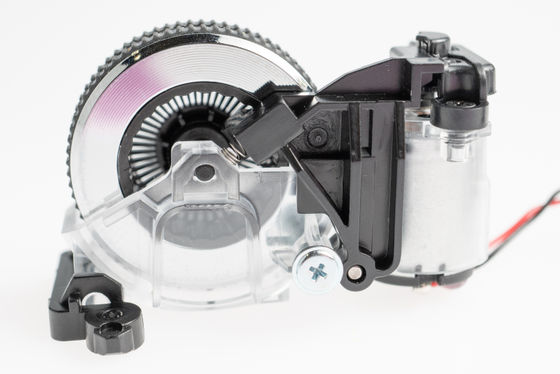 On the other hand, the MX Master 3's wheel unit is clean. This is because the 'MagSpeed Electromagnetic Scroll' function, which magnetically controls the movement of the wheel, eliminates mechanical contact and eliminates the need for a motor. Also, thanks to the elimination of rubber on the wheels of the MX Master 2S, there is no need to worry about changes in usability due to deterioration of the rubber or particles such as dust sticking to the rubber getting inside the mouse. 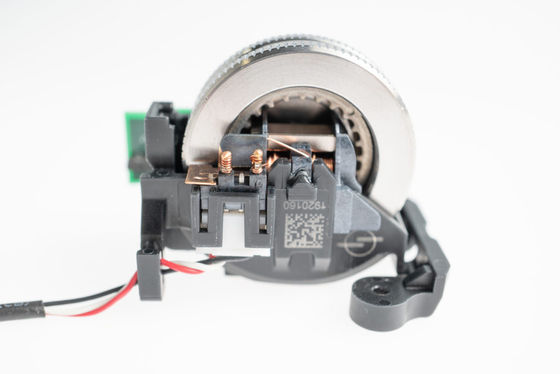 'For Logitech, switching wheels to electromagnetic ones isn't easy, and you're probably spending a fair amount of R & D, but there were benefits to it,' Weinoffer said. He praised Logitech's decision from a venture capital perspective. 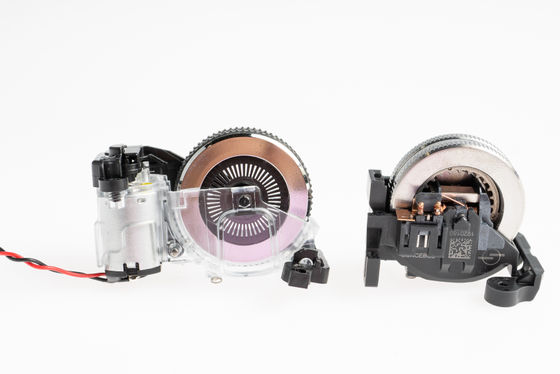 ergonomics into consideration. The two side buttons of the MX Master 2S on the left are designed as if one button was split, and it was difficult to press them separately. On the other hand, in MX Master 3 on the right, the two buttons are neatly independent. 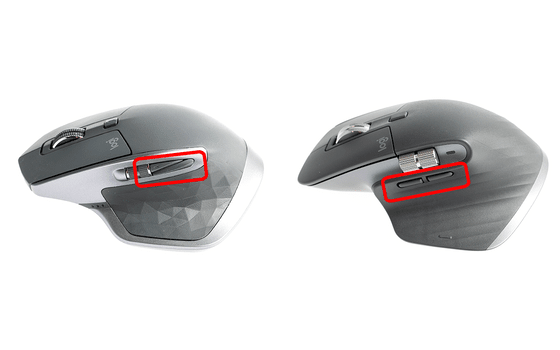 As you can see from the back of the mouse, MX Master 3 has no overhanging part on the left side of the mouse, so you can now press the side button without forcibly moving your thumb. Weinoffer also pays attention to the back

of the housing , which is the cover of the mouse. Since the ribs (framework) for reinforcement are reduced and neat, 'Plastic molding machine because the excess ribs are reduced by improving the skill of the engineer who designed the housing or hiring an experienced engineer. Should have significantly improved lifespan. '

In addition, thanks to the improved plastic molding technology, the flexibility is enough to bend when the housing is squeezed tightly. 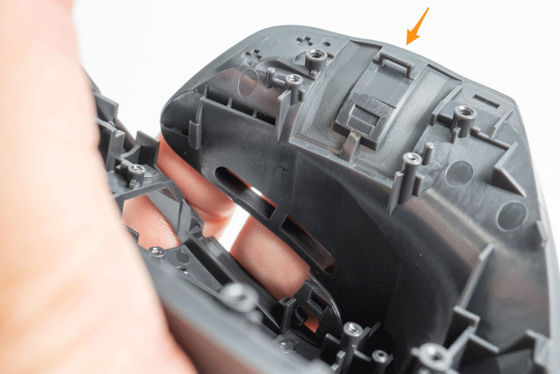 As a result, the feeling of using the gesture button pressed with the thumb is improved. 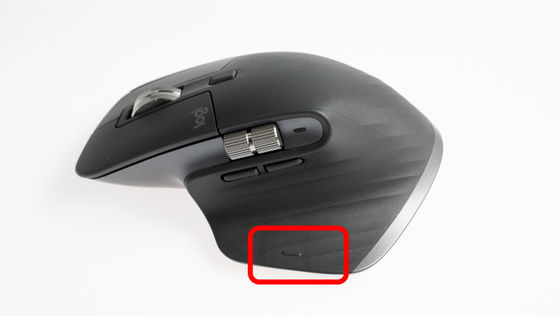 ◆ Electronics
We can see progress in the electronics part as well. The printed circuit board of MX Master 2S is divided into two, but ... 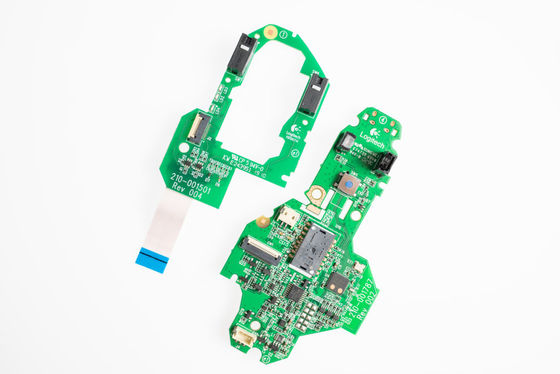 MX Master 3 is integrated. The model number of the optical sensor in the center is 'PMW3816DM', which is the same as MX Master 2S. On the other hand, the Bluetooth module Also, if you look at the cylindrical capacitor, you can see that it is firmly fixed by four parts. This capacitor is

a vibration-proof capacitor made by Panasonic , and is a substitute that can withstand the shaking of acceleration of up to 30G. Originally, by adopting parts for automobiles, the parts will not come off even if you operate the mouse quickly. 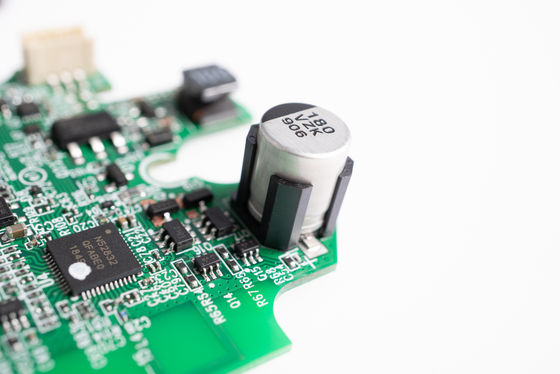 ◆ Summary
'I was impressed with the progress of the MX Master 3, especially the wheel improvements, both of Logitech's constant evolution and efforts to reduce the number of parts while maintaining the user experience,' Weinoffer said. It's a technical feat that has been done. Despite the dramatic changes in the placement of electronic components inside and the area of the board, the great reliability and accuracy that makes me love Logitech remains. ' I mentioned and praised the performance of MX Master 3.

MX Master 3 can be purchased from Amazon.co.jp, and the price is 13,500 yen including tax at the time of writing the article.