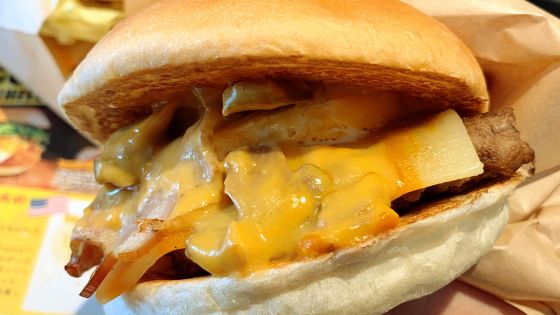 Three new menus from First Kitchen Wendies , “Bacon Double Cheese Burger”, “Mushroom Melt Bacon Egg Burger” and “Mushroom Melt Chicken Burger” will appear for a limited time from Thursday, December 5, 2019. It is said that cheese called `` Colby Jack '' that combines `` Monterey Jack '' popular in the United States and `` Corby '' similar in flavor to Cheddar is used, so what kind of taste is finished by combining two kinds of cheese I have actually eaten them to see if they are there.

Three kinds of Colby Jack cheese burgers are on sale! There was a signboard at the store appealing the appearance of a new burger using 'Corby Jack'. 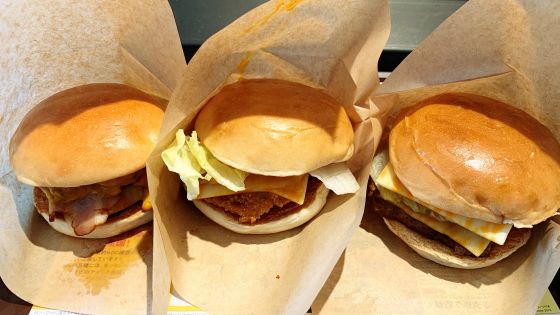 First of all, I will eat from ' Mushroom Melt Bacon Egg Burger (590 yen including tax)'. 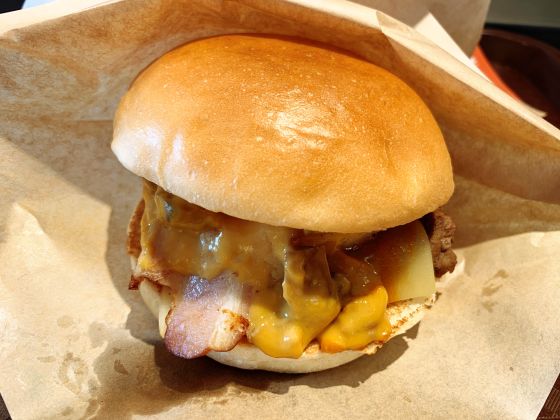 You can see mushrooms in the cheese overflowing from the buns. 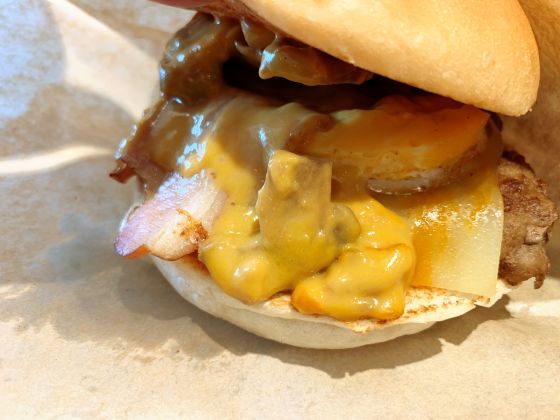 It ’s like this when you open the buns. It contains bacon eggs with plenty of cheese sauce, and underneath it is marbled Colby Jack cheese and patty. When you eat it, you can't help feeling that the flavor of Colby Jack cheese is spreading in your mouth, and that this is cheese. Mushrooms and cheese are well-matched, and a delicious patty gravy that overflows every time it is chewed complements the richness of cheese. Next, I will eat ' Mushroom Melt Chicken Burger (530 yen including tax)'. When you open the buns, you will find plenty of cheese sauce and mushrooms under the ketchup lettuce. On the lower side is a little melted Colby Jack cheese on a savory chicken. When you take a bite, the savory flavor of chicken spreads in your mouth first, and the richness of cheese is a little weaker than the previous mushroom melt bacon egg burger. The juicy gravy of chicken and the crispness of the vegetables were finished in a dish pushed out to the front. When I opened the upper bun, sour cream was applied. 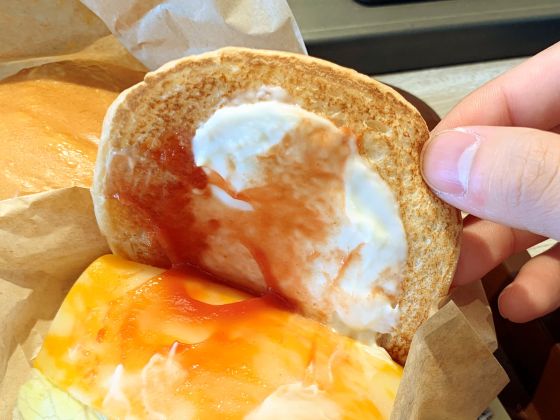 Too much volume, 'Would you like to wear it from somewhere ...', but when I opened my mouth wide and tried a bite, the sour taste of tomatoes and the crispy feel of lettuce combined, it was a very fresh taste. After a while, the rich flavor of cheese will pass through your nose. I felt that it was the most balanced of vegetables, meat and cheese among the three new burgers.