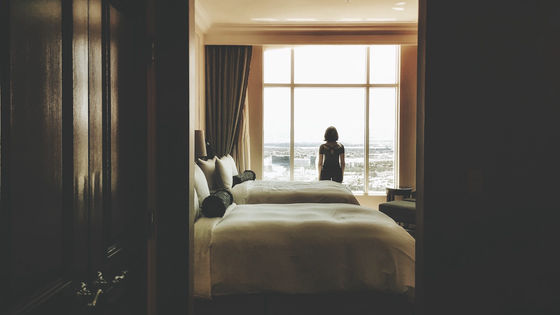 Wellness Heaven , a hotel and spa evaluation service, conducted an unusual study: “What is the most frequently stolen hotel room?” The study shows that in luxury hotels, customers try to steal mattresses more often than other hotels.

Wellness Heaven® | Study: Theft in Hotels – Which items are stolen most frequently?
https://www.wellness-heaven.de/wellness/study-theft-in-hotels/

Wellness Heaven conducted a survey on 1157 managers of 4-star hotels (634 people) and 5-star hotels (523 people), “What is the most frequently stolen hotel room?” It was. 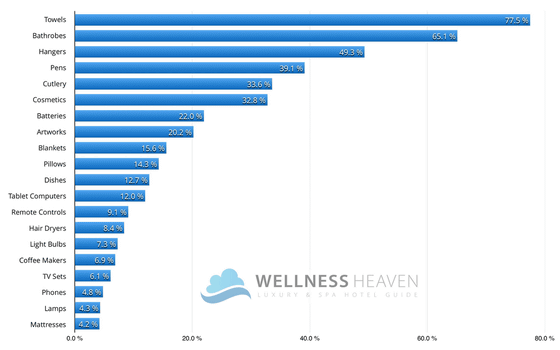 In addition, the type of stolen goods will change considerably depending on the nationality of the guest. For example, German and English guests are said to be relatively “boring” stealing and tend to steal common items such as towels, bathrobes, and cosmetics. In contrast, Austrians tend to steal dishes and coffee makers, Americans steal things like pillows and batteries. Italian guests tend to steal wine glasses, Swiss tenders hair dryers, and French tend to steal TV monitors and remote controls. Dutch guests steal the most practical things, such as light bulbs and toilet paper. 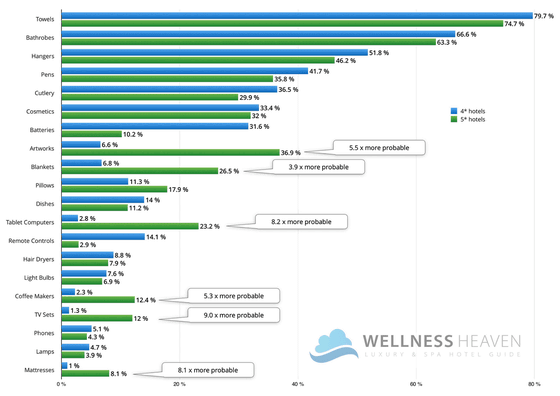 Of particular note is that luxury mattresses worth several thousand euros (hundreds of thousands of yen) have been stolen 8.1 times in 5-star hotels. According to Wellness Heaven, how to steal huge things that are as bulky as mattresses without being noticed by hotel employees is 'a mystery'.