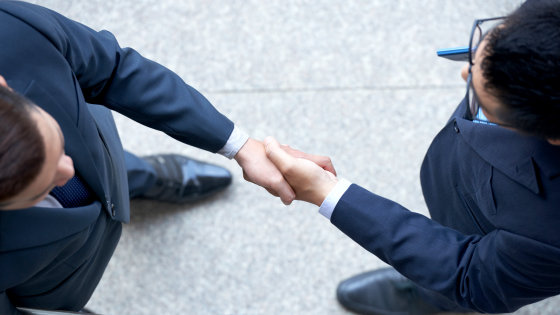 “Negotiation” is carried out in various situations, such as in daily life, at school, at work, etc., and high negotiation skills are required to pass on your claims. It is difficult to reach an agreement, especially when the two parties negotiating are in conflict. That 's why Jace Grebski , a business design and product consultant, has published strategies and psychological warfare that are useful for negotiations.

The Art of Bargaining, Positional vs Interest-Based Negotiation
https://f3fundit.com/the-art-of-bargaining-positional-vs-interest-based-negotiation/

There are two types of negotiations: “negotiations through one's own claims” and “negotiations aiming for win-win”. Since these two patterns have different goals, the first thing to do during negotiations It is important to start with awareness of the negotiation pattern that should be done.

In the case of 'negotiation through your own claim', if you succeed, you will get all or most of the results you want, but you may not be able to negotiate with the other party after that. On the other hand, in “negotiations aimed at win-win”, it is possible to negotiate beyond the standpoint and reach agreement by focusing on the hidden interests and demands of both parties. Positional Bargaining is a traditional form of negotiation that people imagine when they hear “negotiation”. In other words, regardless of the interests underlying both parties, it means that you decide what you want, insist only on it, receive a counter-argument, and come to an agreement after some suggestions and compromises.

In Positional Bargaining, the interests of both parties are concentrated on “price”, and the “intent” and “concern” hidden under the price are not revealed. For this reason, it may be settled without reflecting what both sides really care about. Often, the 'Win-Win' agreement is not reached and negotiations end with dissatisfaction on one side. Therefore, Positional Bargaining is often referred to as “non-constructive” and “inefficient strategy”.

However, there are supporters of Positional Bargaining. For example, when there are two countries competing for the right to water, both countries have many different issues such as trade, immigration, religion, and politics. There is a risk of polarization. The advocates of Positional Bargaining believe that it is easier to reach an agreement if they have compromised and discussed the “right of water” without considering these concerns. If there are more issues at the bottom of the negotiation, it may be better to focus on one issue to find a better compromise. Positional Bargaining has only two answers: “compromise or not agree”, but an integrated solution can lead to the answer everyone wants.

For example, when two girls argue that “I want this orange,” the mother in the position of Positional Bargaining cuts the orange in half and gives them two in half. However, based on Interest-based bargaining, when a mother asks 'Why do you want an orange?', One person would like to eat an orange, and another person would use an orange peel to make cookies. It is possible that “wish” became clear and that both hopes were fulfilled.

The first step in integrated negotiations is to ask the other party why 'why?' It is necessary to clarify that the question “why?” Is not for defeating the opponent but for understanding the other party's needs. It is also important to clarify your needs in case the other person asks 'why?'

In addition, it is important to analyze what results your proposal will bring to the other party. Analyzing the pros and cons of the proposal, not just yourself, but the other person's position increases the chances of an agreement that is acceptable to both parties.

People are afraid of “losing” and “losing”, and the effect is greater than that of “winning”. For this reason, when negotiating, it is necessary to convince that the other party is heading in a better direction. People with low self-esteem tend to negotiate forcibly and push their ego. If such a person was in the bargaining area, you will need to face the bullying of the other party and remove the person in question, for example, by losing face in front of your coworkers. Alternatively, one way is to convince the opponent that they are proposing a better deal that will show their victory. The weak point of such a person is that the surrounding colleagues hate this person and are not receiving full support. In complex negotiations, it is necessary to understand the personality in addition to the requests and needs of the other party. Knowing these, you can do psychological operations that affect the negotiations. By incorporating neurolinguistic programming of communication tools, it is possible to read the opponent's body language and devise strategies based on the opponent's reaction.