Valve, which runs the PC game platform Steam, has deleted accounts and communities that used Nazi German names and wallpapers in response to comments from German regulators. On December 9, 2019, MA HSH , a German regulator, announced that “There are accounts and communities on the Valve Steam that violate German law, and Nazi Germany and the symbol of the far right.” According to a MA HSH study, there are multiple accounts on the Steam that carry Nazi German symbols and slogans, which violate the German Jugendmedienschutz-Staatsvertrag (Youth Media Protection State Convention) ... apparently ...

Specifically, the symbols and slogans that adhere to Nazi Germany are used in wallpaper and 30 user profiles that were used in 28 accounts, which are prohibited in Germany for non-educational purposes. It has become clear that it was. Specifically, the 'Führer ( Hitler President ),' 'Holocaust ( Holocaust )' or wording has not been used to profile or account name, such as, SS-Totenkopfverbände and Harken Kreuz pattern image of has been or is being used as a wallpaper. MA HSH reports to Valve that the account and community are clearly violating the Youth Media Protection State Convention.

In response to MA HSH's indication, Valve removed the indicated account and community from Steam, with a few exceptions. It also promises to strengthen community moderator training so that content can be censored more accurately. 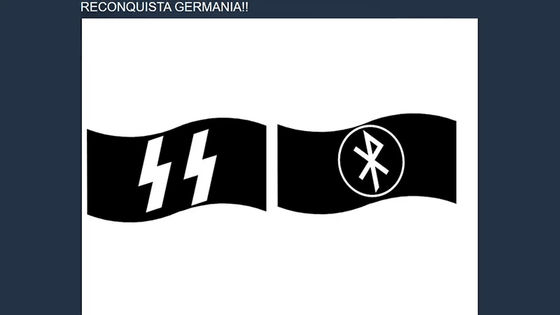 Steam is a very popular PC game platform, and according to official information , at the time of writing the article, 10 million users are online and 2.3 million are playing games. However, Valve has been repeatedly criticized by multiple media for handling communities on Steam, and has revealed the sweetness of dealing with hate. The moderator team, consisting of 29 volunteers and 12 Valve employees as of 2017, is run by 21 volunteers and 13 employees at the time of writing.

MA HSH said, “Steam has so many choices that it is very popular with children and adolescents. However, the extreme right extremists have used these platforms to spread propaganda and become new advocates. I hope to keep Valve in a healthy state in the future.