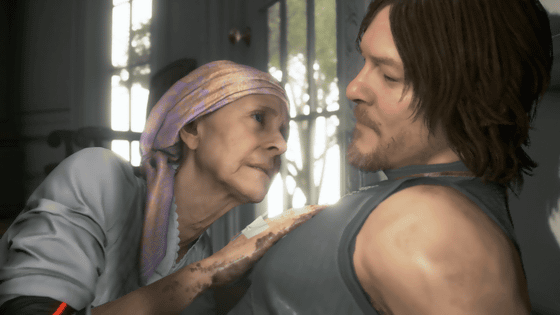 Argandg , a Reddit user, discovered that Death Strand 's user ratings were removed in large amounts overnight . According to argandg, as of December 4, 2019, the total number of user evaluations was 18,225, but as of December 5, the number decreased to 11,878. Of the user ratings, positive or neutral in Death Strand did not decrease, but the negative user rating decreased from 9335 to 2906, indeed 6000 A calculation with no negative review ratings removed.

The following is a review page of Death Strand in Metacritic. The rating score of Death Strand before the large number of user ratings were deleted was “5.1”, but at the time of writing the article, it suddenly rose to “7.3”. 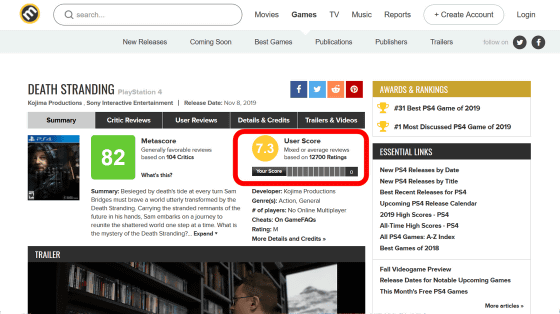 A Metacritic spokesman has issued a statement about the mass deletion of user reviews. “Metacritic has removed multiple user reviews for Death Stranding as suspicious activity, so we removed them. We take user ratings seriously as we may manipulate the score, 'In addition to a system for detecting abnormal behavior by users, moderators regularly inspect the site and remove posts that deviate from our guidelines,' spokesman said. He stated that the mass deletion this time was against counter-tampering.

The Next Web , a technology website, noted that the negative review rating may not have been an organized low-rate bombing, “If you thought Metacritic was suspicious, It ’s better to delete it than to regret it later. ” The intentional user rating process at the review site is a big issue and states that the review site should deal with suspicious activity.

IGN , which operates game-related websites, is unclear as to where the user evaluation specifically targeted for deletion this time was a problem, but it was only the user evaluation that posted only the numerical score that was deleted A point is mentioned. Metacritic makes it possible to evaluate the game with only numerical scores without reviewing the contents by text, but none of the negative user ratings that were deleted this time were text reviews was. 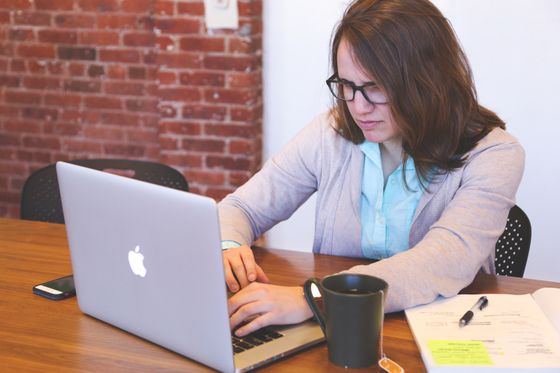 The Next Web pointed out that the underrated bombing that spreads negative ratings to the review platform has the purpose of “punishing something” by lowering the rating of movies and games and reducing sales. In the past, low evaluation bombing was done, starting with the troubles between YouTuber and game developers , limiting the game purchase platform to Epic Games Store, and touching the anger of Chinese users I came.

Argangg commented that the reason why the low-strength bombing was done against Death Stranding may be due to ' The Game Awards 2019 ' held on December 12, 2019 (Thursday) local time. The Next Web also said, “While it is unclear who has what problem with Death Stranding,” Jeff Keeley, who is hosting at The Game Awards, is a friend with Hideo Kojima , He points out that some users may be concerned about fraud in the selection of winning awards.

On the other hand, Mr. Keeley has complained that he does not have a right to vote for the candidate work or the right to choose the winner because he has a strong connection with the game world as the host of The Game Awards. The In the Ask Me Anything (AMA) held on Reddit, Mr. Keeley said, “As a producer of the show, I will inevitably have connections with people in the industry. That ’s why we can do the show. ”