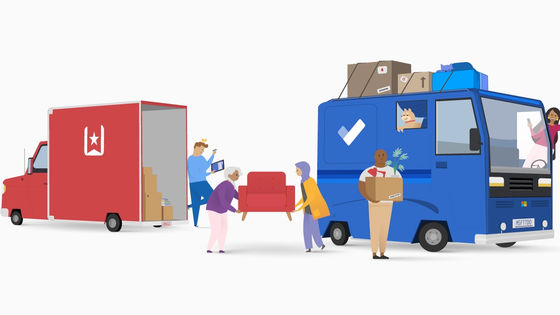 Wunderlist, which gained popularity as a smartphone application that can manage to-do lists, was acquired by Microsoft in 2015. After that, Microsoft released another task management application `` To-Do '' in parallel with Wunderlist, but finally the date for officially closing Wunderlist was decided and announced for existing users .

Join us on our new journey
https://www.wunderlist.com/blog/join-us-on-our-new-journey/

In September 2019, Microsoft announced a new ToDo app called “To Do” that encouraged users to switch from Wunderlist.

Microsoft announces a new ToDo application `` To Do '', urging to switch from Wunderlist-gigazine 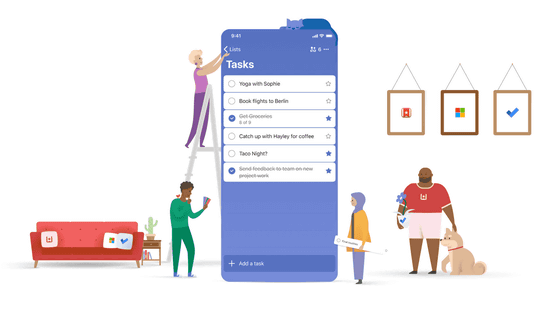 In the first place, Microsoft has announced `` End of Wunderlist '' from 2017 when To-Do , the predecessor application of To Do, was released, so TechCrunch of overseas technology media `` Some Wunderlist users may be disappointed at the end of the service However, Microsoft has announced the end of service since the acquisition for the sake of fairness, and has been able to operate Wunderlist on its own much longer than originally planned. '

Furthermore, Microsoft's latest ToDo app, To Do, has a track record of actively introducing favorite features for Wunderlist users, such as list grouping, sharing of steps, attachments, and tasks. In addition, To Do integrates with a variety of Microsoft apps, including Outlook, Microsoft Planner, Cortana, and Microsoft Launcher on Android devices.

The Wunderlist development team released a movie titled `` New Beginning '', and although the service as Wunderlist ends, it looks back that Wunderlist users have made various efforts to make it easier to move to To Do The


In addition, Mr. Christian Reber, the creator of Wunderlist, is regrettable that the service will end, and suggests `` Can I buy back Wunderlist '' for Microsoft on my Twitter account? It was. But TechCrunch wrote that 'Reber is currently working on Pitch, a new content collaboration startup that he co-founded, so it's not practical to join Wunderlist again.'

Still sad @Microsoft wants to shut down @Wunderlist , even though people still love and use it.I'm serious @satyanadella @marcusash , please let me buy it back.Keep the team and focus on @MicrosoftToDo , and no one will be For Not Shutting Angry Down AttoWunderlist . Pic.Twitter.Com/27mIABncLF

In addition, Microsoft explained that Wunderlist's service was terminated because it became difficult to maintain since it stopped releasing new features of the app. He also states that he wants to concentrate on developing To Do as an alternative app to Wunderlist.