of the movie “ Night of Shadow Magic Fist ” starring Jackie Chan on Friday, January 17, 2020 was announced.

Mr. Hiroya Ishimaru, who has been in charge of dubbing Jackie for many years, plays the role of Jackie Chan. “I enjoyed playing with Jackie's bright expression for the first time in a long time. 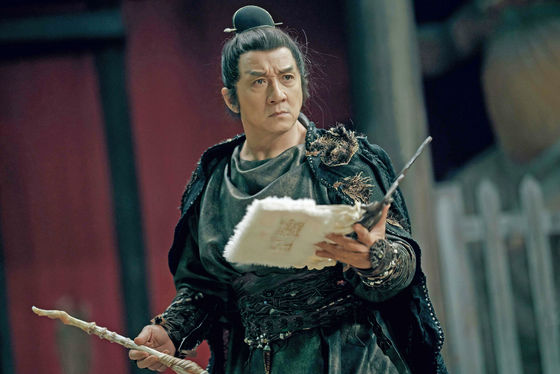 Saori Hayami will play the role of Xiaoqing played by Elaine Chung . KENN is the role of Yang Fei, who plays Lynn Bohong. 'I'm very honored to be able to participate in the dubbing of that long-awaited Jackie movie that I watched since I was a child! I think that you can enjoy it regardless of age or gender! 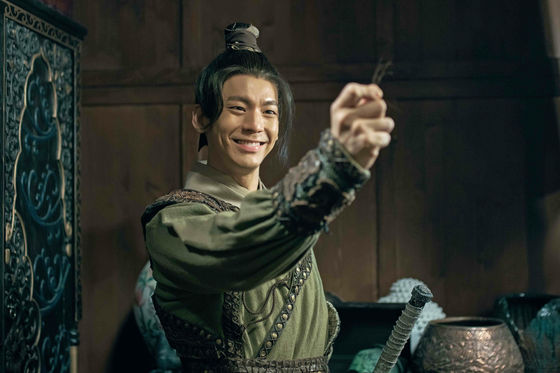 Nana Mizuki is the specter of the mirror played by Rin Pong . “Humorous expression and crisp action! This time, I was nailed to the world weaved by Jackie! I hope you can enjoy both the original and the dubbed version!” Hiroki Suzuki dubbed three of each of the Chin three brothers in charge of the three Liu brothers. “It was a fun challenge for the three people to synchronize and express their individuality. Please enjoy them at the cinema.” New animation list starting in the winter of 2018-gigazine

What is the countermeasure against 'UwS', a group of malicious software that Google has defined as a 'net threat'? -GIGAZINE

Discovering that insects such as flies and mosquitoes die when hit with blue light, a mechanism similar to hurting human eyes with blue light-GIGAZINE

The taxi driver I just got in was a calm tone, 'I'm doing this job, so if you'd like to have a lot of talk, please choose the talk you care about from here,' I gave you a memo and was worried Pic.twitter.com/X9aehw3Mfz where I had chosen 'Immunity Up' or 'Scallops'

If I thought there was a comical worm on the table, it was an earphone pic.twitter.com/QiVhXxShfl

A child was born pic.twitter.com/YLa2P5uhyP

Mother: “The weather is nice so play outside!”

Thank you very much for the manager who sang the police car that the store manager was cool today. Thank you for the pic.twitter.com/ij8qWVuQys

I laughed at how to remember pic.twitter.com/cfe0phYKek

A ticket gate attached to the previous customer, 800,000 yen in 4 years Sending a document to a man with suspicion of Osaka Osaka Police-Mainichi Newspaper

Somehow ... I feel that the convenience store industry suffers. pic.twitter.com/YwI5QIK8AL

# 3 photos of this year that I choose in 2019
A strong series.pic.twitter.com/IMNFpNSm6A

The Liberal Democratic Party and Komei who refused the budget committee that the opposition party demanded according to the rules.
In today's board of directors, a Liberal Democratic Party director said, “No rules or date are specified in Article 38 (2) of the Rule. Today, a rule is met by opening a committee for closing procedures.”
In response to the opening request with a procedural committee in just 2 minutes, Doya-face is a fortifying party!

Crash, arrested suspect who died escaped infant was thrown out of the car: Asahi Shimbun Digital

Meeting to see cherry blossoms “I am reflecting, of course” Mr. Tsuji, do not think about the survey: Asahi Shimbun Digital

This person only uses the word “responsibility” to mean “authority”. His “responsibility” does not go toward “results”, “past”, or “failure”, but is simply consumed as the basis for power activation.

Design of furoshiki with the image of snow https://t.co/3rrOABQ3kB

[Tokyo Shimbun: Living] “ #Customer harassment ( #Kashara )” where employees are driven by malicious complaints from customers in the service and retail fields. Some of the victims suffer from mental illness due to stress or are forced to leave their jobs. https://t.co/y5Gc2D2N7B pic.twitter.com/0dRxGdq331

I like Fujifilm too much and knit Fuji Color 100. #Fujifilm #Knitting # Fujicolor pic.twitter.com/TZZ91ChX3G

— Tsubaki (@Fujifilmdaisuki) who likes Fujifilm too much December 9, 2019

Look at the spirits of Inaba foods, where Yui Shimizu is proud of the world! pic.twitter.com/FEo4ZbX0Iw

After reading Tamayuran's tweet, I made something that I could do. I think there are things that are missing, but please use it if you like. Please enjoy 3 types. First of all, if you fold it horizontally and fold it vertically, you will be able to get your insurance card. All pets can live happilypic.twitter.com/uGmcwHSyRG

In the future, Chrome may add a clear badge to distinguish between typical and fast-loading sites for users. It can take several forms, and we plan to experiment with different options to find out what is most valuable to the user.

The iPhone is said to be abolishing the lightning cable, but my claim of Let's note users is

The more holes you can insert, the better.pic.twitter.com/3fU6mdWzUs

Costco Online is good to start, but the essentials are still poor.
It's turned into a place where you can look at things like saying stupid or omni… pic.twitter.com/fycWcR2xPr

It was a terrible expression against a minor woman. Reflect and delete. For the time being, Twitter will be suspended. I apologize for the inconvenience to many people due to my speech and lack of respect for others.

Finally Xiaomi who entered Japan, the official seems to be quite gudaguda such as NDA breaking-Togetter

This cafe is attracting customers, does not cost, there are customers who want it, and isn't it really popular in Japan? #Collabo Manga Special Course # 1P Mangapic.twitter.com/tzixXSpCNa

#Expose the character you didn't want to die

Black Prince from the title boxpic.twitter.com/tIx8wvetMs

A senior who buys meat on his way home from school pic.twitter.com/8huJDIOmMZ

As for the annoyance of military mania, is this manga the easiest to understand? pic.twitter.com/C9VDXgN1zV

Congratulations on the 20th anniversary of Donkey Kong 64 release. pic.twitter.com/D8X6PIxTwv

If you tell a white lover that you like pic.twitter.com/CJmyGz53aO

[Notice] 12/20 (Friday) from TYPE-MOON Comic Ace ( https://t.co/iWtMvs18Kz ) 'type / redline' will be serialized! ! I'm really happy because there are only attractive characters! I'll do my best, so thank you pic.twitter.com/pNNgWSA9EW

“After all, did you come!
As expected! Matrix! # Commando pic.twitter.com/Vq92n3NrgC

`` That girl on the veranda '' pic.twitter.com/jl1NOCQ2No

Because it's loose at hand, the sword of Tanjiro has gone, and this is the right size for this hand. pic.twitter.com/IHXS93NNNn

I want you to read because the comics I drew recently were timely.
[Not related to 35 years old. If people are hurt, they will hurt. 】 ① # Asaichi # adult bullying pic.twitter.com/agnoWt2xL5

It's better to stop watching Anipoke with automatic subtitles pic.twitter.com/2bJWWmkOkn

[Notice] We will draw “Fate / GrandOrder From Lost Belt” at TYPE-MOON Comic Ace ( https://t.co/ZIQI2Y2SEx ). The story of the second part crypter. The first episode is released on December 20th. Thank you~! pic.twitter.com/VZ12q4JXYd

Snape received a call from the boss on holiday pic.twitter.com/IZyZ63F7SQ

I just bought a Blu-ray North American version of Blu-ray (actually cheap). What is the perfect understanding of where? Pic.twitter.com/tmiaidwFZm

Love Plus EVERY Official Site | About service resumption and malfunction

“Love Plus EVERY” will be reopened on December 11th (Wednesday) at 15:00 with the completion of long-term maintenance.

The store release of “Love Plus EVERY” was resumed earlier.
In order to deal with some problems that occurred in the app, it is mandatory to update to the app version '1.1.0' when the service is resumed.
If it appears in the store, please download it in advance before resuming the service.

Wi-Fi environment is recommended to download “Love Plus EVERY”.
* The download size is about 1.5GB for the app itself and about 800MB for additional data.
* The total capacity of the app will increase with additional downloads in the future. We ask that you reserve enough free space in your device beforehand.

“Learning comics are seen as' defeated” ”… The author ’s grief is“ no such habit ”and“ this learning comic was amazing ”. -Togetter

[Information ban]
12/27 released! It is clear that the live scene of the driver and pronunciation Miku of 'Shinkalion H5 Hayabusa' is drawn at the theater version Shinkalion!

This is called `` Masaharu Fukuyama who exaggerated too much '' for half a year, and as a result of continuing to upload a crazy video with almost the same content, it arrived at the person himself and taught us the importance of continuing Hollywood Zakosho pic.twitter .com / h5j4odtZZL