How was the satellite positioning system “GPS” indispensable for map apps and car navigation systems born? 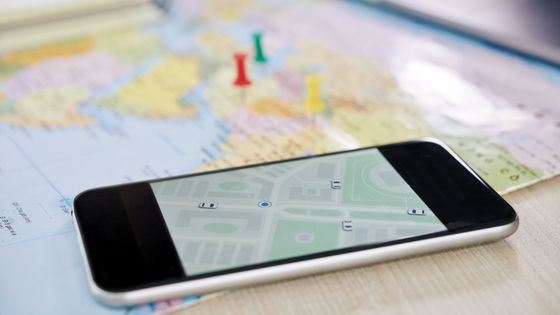 Various functions using the location information of smartphones and GPS , which is the basis of car navigation, are now indispensable technologies for people's lives. The news site GPS World , which specializes in information about GPS, explains how GPS was born.

The Origins of GPS, and the Pioneers Who Launched the System-GPS World: GPS World
https://www.gpsworld.com/origins-gps-part-1/

GPS is a satellite positioning system operated by the United States, but its origin was Sputnik 1 , the first artificial satellite launched by the Soviet Union on October 4, 1957. The United States, which was ahead of the Soviet Union in space development, mobilized many researchers and analyzed Sputnik 1. Among them were William Guier and George Weiffenbach, physicists at Johns Hopkins University Applied Physics Laboratory (APL) , who played a huge role in the birth of GPS. 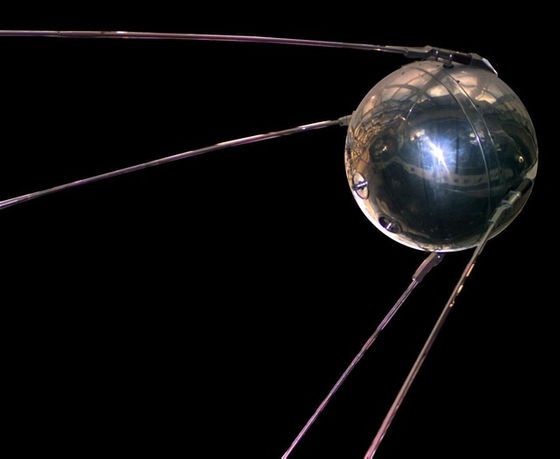 Guier and Weiffenbach, who paid attention to the fact that Sputnik 1 is transmitting signals at regular intervals, can accurately identify the path of Sputnik 1 using the Doppler effect caused by the relative velocity between this signal and the ground surface. Discover what you can do. Also, APL physicist Frank McClure suggested, 'If you use satellite signals you already know orbit, you should know where you are on the planet.' The idea of this reversal became the starting point for GPS.

The United States, which was under the Cold War with the Soviet Union, was developing and deploying a missile submarine that plays a central role in nuclear deterrence, but it is accurate to know where the submarine is located in the vast ocean. Location information was essential. Therefore, the development of the artificial satellite “ Transit ” was started, led by DPL Kershner, APL Space Director. Although 'Transit 1A' launched in September 1959 failed to reach the orbit, the following 'Transit 1B' was a success, and full-scale operation began in 1964.

The position measurement error of the transit is about 25 meters, and if the user is moving, it is necessary to accurately grasp the speed, and the measurement result is 0.2 kyiri (370.4) just by shifting the speed by 1 knot (1.852 km / h) m) could be out of place. In addition, unlike GPS, which can grasp position information three-dimensionally, transit can only identify two-dimensional coordinates.

Unlike submarines that used antennas at sea level 0m above sea level while using transit, troops deployed on undulating ground and aircraft flying in the sky can accurately grasp the current location in a three-dimensional manner that also considers the height. Location information is required. In 1962, Ivan Getting, the CEO of The Aerospace Corporation , a non-profit organization aimed at developing aerospace technology, first noticed the importance of location information in three dimensions. As a former military officer, Mr. Getting worked hard on the US Department of Defense (Pentagon) using his personal connections, and as a result, the US Air Force started a new satellite navigation technology development project, Program 621B. This “Program 621B” became the prototype of the later GPS. For this achievement, Mr. Getting won the 2003 Charles Stark Draper Award with Bradford Parkinson, who later played an important role in the development of GPS.

James Woodford and Hideyoshi Nakamura, researchers at The Aerospace Corporation, played a central role in Program 621B. Both are secretly submitted to the Pentagon as military secrets in 1966, “Woodford / Nakamura report”, a method called “3Δρ (triple delta low)” that measures three-dimensional coordinates and time with four artificial satellites Was advocated. With this method, the theory of obtaining 3D position information was established, but there were a lot of technical problems to realize. This is because, in order to realize this technique, it was necessary to mount an atomic clock on the satellite, but at that time there was no atomic clock that could be used in space.

While the US Air Force was promoting Program 621B, the US Navy Research Institute (NRL) was developing its own project. That is the “Timation project” started under the direction of NRL researcher Roger Easton . In 2010, Easton was named the National Inventor's Hall of Fame for his important role in “Timation”.

A total of 4 artificial satellites were launched in the “Timation project”. First launched on May 27, 1967, “Timation 1” was equipped with a very stable quartz watch , but was faced with the problem of frequency changes due to solar storms . It was also revealed that due to the failure of “Timation 1,” the signal emitted by the satellite was delayed by the influence of the ionosphere . For this reason, the “Timation 2” launched on September 30, 1969 was equipped with a crystal unit that emits two different frequency signals to solve the problem of signal delay in the ionosphere. The influence of was not escaped. While the Air Force-led Program 621B is theoretical and the Navy-led Timation project is technically successful, the fact that two different projects require significant budgets is a headache for the Pentagon. was. Meanwhile, Parkinson, who was appointed to the top of Program 621B, which was getting stuck, went directly to the Pentagon in September 1973 and said, “Program 621B makes it possible for users to have no atomic clock. 'Useful 3D position information function is realized' 'NRL's' Timation project 'has a relatively stable atomic clock on the satellite, replacing the method of' Program 621B 'that relays signals on the ground And proposed a new project that integrates the two projects. This new project is the GPS development project. Parkinson's proposal was officially approved on December 14, 1973, and the “GPS Joint Program Office (JPO)” was established to integrate Naval Air Force projects. JPO will gather the best brains from all over the United States and move on to the development of GPS.

Starting with the launch of the first generation GPS satellite “Navstar 1” on February 22, 1978, JPO launched 10 satellites by 1985 to complete the initial GPS. After that, including retired satellites, a total of 74 satellites have been launched by August 22, 2019, and the GPS constructed by these satellites is a global positioning The system aviation continues to operate at the time of article creation.