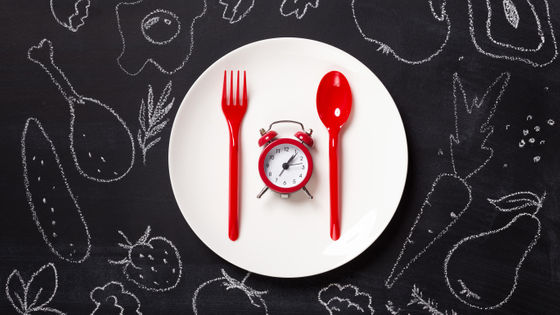 Among the various diet methods, a slightly more extreme method of “ fasting for 36 hours and eating in the next 12 hours ” has appeared, but the latest experiment has shown that “obesity and diabetes even when fasted for 14 hours a day” The results of the study were reported.

Limited eating times could be a new way to fight obesity and diabetes
https://theconversation.com/limited-eating-times-could-be-a-new-way-to-fight-obesity-and-diabetes-127154

In past experiments using mice, it has been found that 'metabolic diseases can be improved by reducing the time of eating without having to reduce calorie intake'. Another study also found that similar dietary restrictions were “preventive against the reserve of diabetes”. However, because it was unverified whether patients who had already had metabolic syndrome could be treated, a research group such as Satchdananda Panda, a biologist at the University of California, San Diego, We decided to conduct an experiment on patients with metabolic syndrome.

The research group recruited patients with metabolic syndrome that meet at least three of the five categories of obesity, hyperglycemia, hypertension, high levels of LDL cholesterol, and low levels of HDL cholesterol to select candidates for the experiment. Using an app called myCircadianClock released for Android and iOS smartphones, we measured the calorie intake and lifestyle of candidates for two weeks. 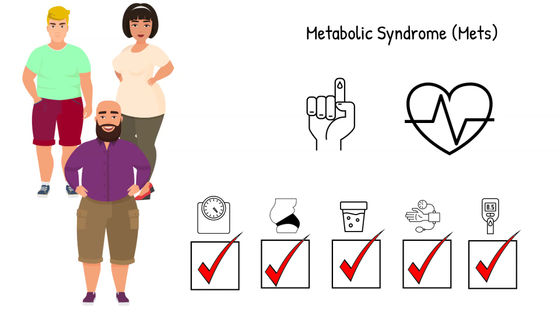 As a result, it was found that 19 patients with metabolic syndrome “continue to eat meals for 14 hours or more a day”. Therefore, the research group asked these 19 people to “limit only 10 hours a day to eat things” without changing their lifestyle such as eating and exercising. There is no specific time, for example, one person is restricted to “9:00 to 19:00” and another person is restricted to “8 to 18:00”. It was said that it was possible to set the time freely. In addition, water and medicine prescribed by doctors can be taken outside of the predetermined time.

hemoglobin A1c ”, which are indicators of metabolic syndrome. Approximately two-thirds of the participants also reported benefits such as “improving sleep quality” and “reducing hunger before going to bed”. As a result of restricting the time of eating, participants reduced their calorie intake by about 8% on average, but another study that calculated exactly so as not to change the calorie intake confirmed the same effect. Therefore, the research group sees that “the index of metabolic disease has not improved simply because the calorie intake has decreased”. 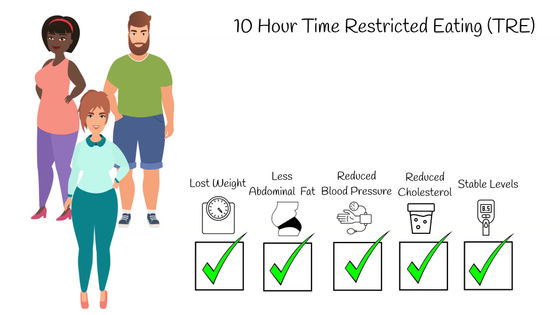 Mr. Panda said about this research, “We can expect that a simple method that only limits the time of the meal will be a powerful treatment for people with metabolic diseases such as metabolic syndrome.” Said. In the future, the research group will conduct a large-scale experiment with 144 participants and a rigorous randomized controlled trial , and establish restrictions on the time of eating as a treatment.