Yuraku Seika's “Black Thunder” series will be available in a limited amount of “ Golden Black Thunder Hokkaido Milk Caramel Flavor ” limited to Hokkaido . It is said that roasted almonds and butter are added to milk and caramel from Hokkaido, so that 'the rich taste of caramel' is expressed, so compare it with the regular product '

“Golden Black Thunder Hokkaido Milk Caramel Flavor” is a package that shines in golden as its name suggests. 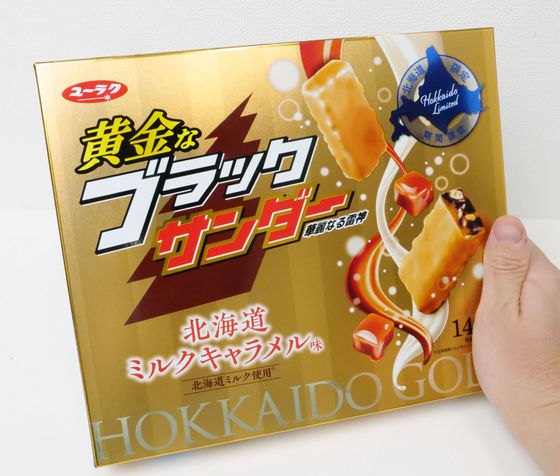 Opened. There were 14 bags of individually wrapped golden black thunder. The package of individual packages is also shining in gold, and is decorated with the Hokkaido mark written as “Hokkaido only”. 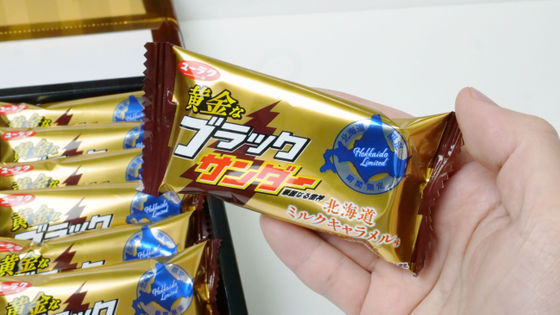 The golden black thunder from the bag looks more like royal milk tea than gold. 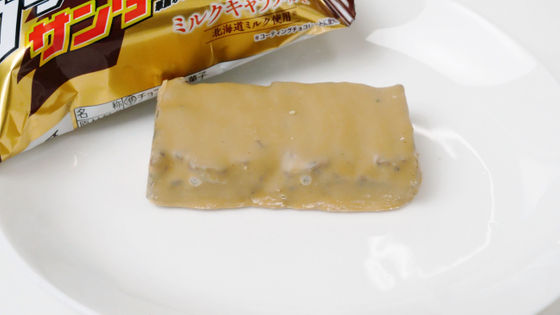 The size is the same as a normal black thunder (right side). 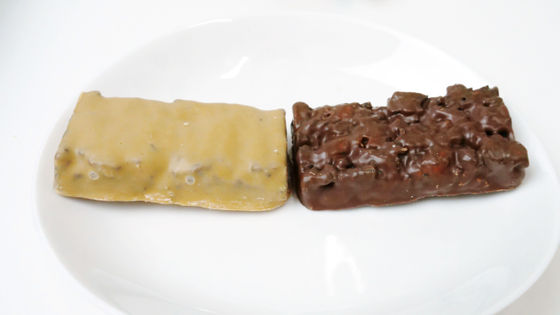 When you eat the golden black thunder, the flavor of caramel and butter is quite rich, and the taste of chocolate is rather an accent. The slightly salty taste enhances the sweetness and flavor of caramel and chocolate. The rough texture is common to the black thunder series called “Zakuzaku”, but the grainy texture close to “Jarijari” is added because of the roasted almonds. As a taste, low almonds do not come out very much. 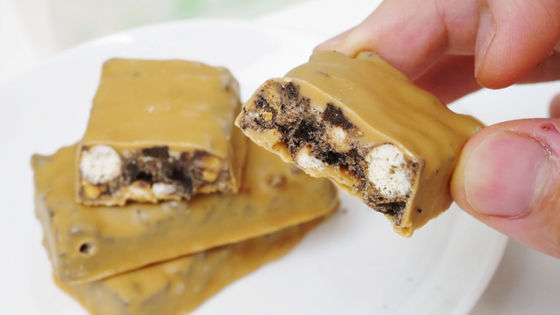 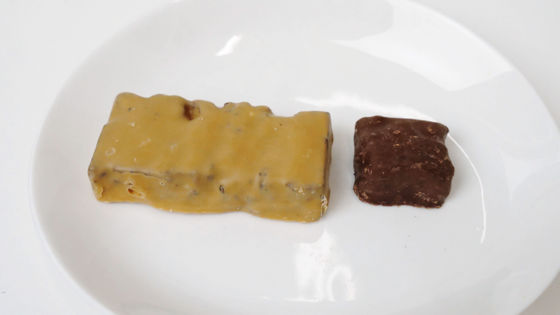 As for the taste, “Golden Black Thunder” had a good balance of caramel, butter, chocolate and other flavors and saltiness, whereas “Taste Caramel” had a distinctive caramel-specific flavor. It ’s an impression that it has penetrated in the direction of “speaking of caramel”. 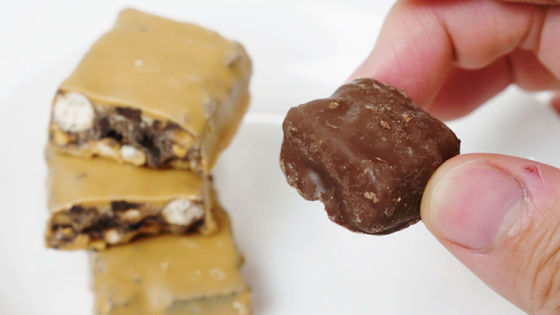 `` Golden Black Thunder Hokkaido Milk Caramel Flavor '' is a reference price of 1000 yen (excluding tax), and will be released in advance from Friday, December 6, 2019 at New Chitose Airport Souvenir Shop, Sapporo Station Hokkaido Shikisaikan Sapporo West Is done. After that, it will be sold from December 20 at some airport and souvenir shops in the Hokkaido area.