Even the theoretical model 50 years ago accurately predicted current warming The science of the academic journal is in response to a skeptics of global warming that the old computer simulation did not predict modern global warming, so the prediction of modern simulation cannot be said to be accurate. , 'Even a model 50 years ago accurately predicted modern warming, ' reports a paper.

The word “global warming” appeared in the 1970s. Climatologists used computers to predict that rising carbon dioxide levels would increase the temperature of the earth. When global warming came to the public's attention, skeptics asked the question, “Is the model predicted correctly?” Even the science reporting this paper announced in 1989 that `` climatologists seem to feel that the temperature of the earth is rising due to the greenhouse effect of carbon dioxide, but it has not yet been proved '' And was skeptical about global warming.

Hansen vs. the World on the Greenhouse Threat | Science
https://science.sciencemag.org/content/244/4908/1041 A paper published by a research team led by Zeke Hausfather, a graduate student

at the University of California, Berkeley , examines 'how accurate the past global warming model was.' The research team re-entered 14 simulation models announced from 1970 to 2001 into a computer and verified their accuracy. Some of the models of research that were subject to verification were code that was too old, so it was necessary to read the graphs of published papers with special software.

As a result of the verification, “Most papers accurately predicted global warming today, and 10 out of 14 predictions were not significantly different from actual observations. 'The research team concludes. 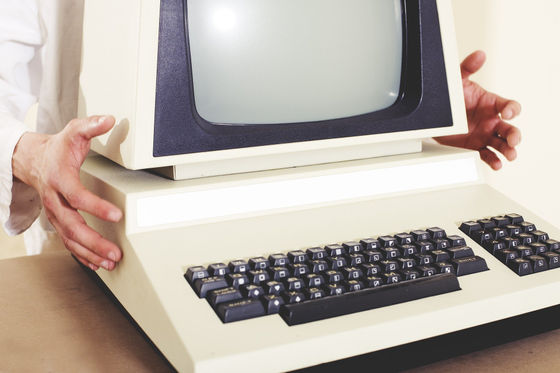 Since 1970, the Earth's temperature has risen by about 0.9 ° C. Of the 14 papers, the old seven had an error of approximately 0.1 ° C in 10 years between the predicted results and the actual observations. However, the research team explained about this error because “the elements that affect global warming were not discovered at that time”. Research at that time made it difficult to predict 'economic development' that would increase particulates such as greenhouse gases and aerosols . The research team says, “If you corrected the part that was difficult to predict, 5 out of 7 predictions were in good agreement with the actual observations.”

The research team also states that it is not a defect in the physical model, as the predictions of some papers were not accurate. For example, a warming model proposed by NASA scientist James Hansen in 1988 predicted a temperature that was 0.3 degrees higher than reality. However, according to the research team, this misalignment is due to the regulation of CFCs, which have a significant impact on global warming, under the Montreal Protocol in 1989.

In response to this paper, Piers Forster, an expert on climate models at the University of Leeds , UK, commented, “Even today's computer programs are uncertain, but the climate model is still reliable.” doing.