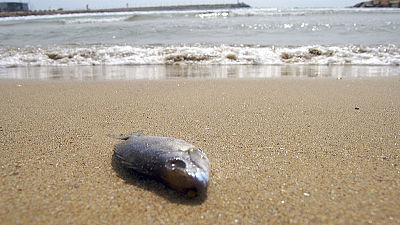 As a result, RCP8.5 , which is assumed by the Intergovernmental Panel on Climate Change (IPCC) to be the “highest greenhouse gas emission scenario in 2100”, shows that agricultural productivity in 2100 is 2001 Compared to the year, it will decrease by 5% to 25%, and fishery productivity will decrease by 15% to 60%. In the world map below, comparing 2001 and 2100, the red is the “region where productivity is low” and the blue is the “region where productivity is high”. The map showing the productivity of “agriculture” on the left shows that developing countries such as Africa, Southeast Asia, and South America are particularly severely hit. On the other hand, the map showing the productivity of “fisheries” on the right shows that Southeast Asian fisheries are hit harder than South America and Africa.

The research team states that if climate change as envisaged in RCP8.5 occurs, there will be problems with food conditions in over 90% of the world population.

Japan . However, it is a seed of bean sprouts mung bean and and bananas, spices such as pepper, pepper, coffee, etc. is heavily dependent on imports from a specific country.