Movie sharing app ' TikTok ' some kind of disability with a gargle people and Queer , that has limited the movie of reach due to fat people was found.

According to what German news media netzpolitik.org revealed, TikTok said that people with autism, people with disabilities, fat people, queer, and others were 'at risk of bullying if left as is.' Judging, it was put in the list of “special users” that restrict reach regardless of the content.

TikTok used a “moderation toolbox” to limit the visibility of these users. The moderator said that people with disabilities were marked as 'Risk 4' and operated so that content publication was restricted to the country where it was uploaded. 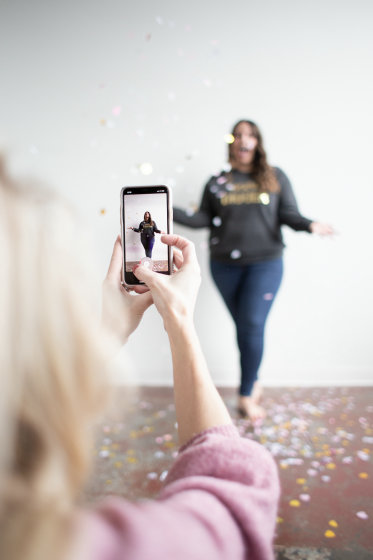 TikTok also put additional restrictions on users who were determined to be “particularly susceptible to bullying”. Movies uploaded by users in this category will be played 6000 to 10,000 times, then notified to the moderation teams located in Berlin, Beijing and Barcelona and automatically tagged as “Auto R”. This means that if a certain number of views are played, it will fall into the “not recommended” category and be removed from the “For You” feed by user recommendation list. Choosing to be a “For You” feed is an opportunity for dance and performance uploaders to become famous and take a bigger stage. Movies tagged as Auto R will not be deleted, but they will lose opportunities because they are less exposed to the extreme.

The following are the guidelines. Examples of target users include “faces are damaged”, “autism”, “Down syndrome”, “people with disabilities or people with bruises / strabismus on their faces”.

However, it shouldn't be possible to determine if a user has autism from a TikTok movie in just 15 seconds. In fact, the guidelines seemed to be a source of confusion for moderators.

According to sources, the staff repeatedly pointed out the issues with the guidelines, which were rejected by the Chinese decision makers who developed TikTok. TikTok is aiming to expand the market in countries such as Germany and the United States. In addition to conducting a hashtag campaign called “

#bodypositivity ” that positively accepts its body, it sends a message about diversity and safety, trying to counter the bullying and hate speech ' call but had been carried out, such is also in the middle of performing a attempt has implemented a moderation that' to limit the reach of the people who are at risk of bullying. ' Said the source.

However, TikTok is already aware that the above approach is not ideal, and the rules have been revised as of December 2019. TikTok spokesperson told netzpolitik.org, 'This approach was not intended as a long-term solution, and even if our intentions were based on good, it was not the right approach. As of December 2019, new technology is being developed to take another approach to “identify bullying”.

Accounts that TikTok categorizes as “special users” include users who have a tag “#disability” (disability) and the word “Autist” (patients with autism) in their profile, as well as fat and rainbow Accounts that use a lot of flags in their profile, and accounts that themselves call themselves “Lesbian”, “Gay”, and “ X Gender ”. The 21-year-old Anika who actually has an account 'miss_anni21' was included in this list. Anika works as a kindergarten teacher and uploads a number of dance movies to TikTok. However, she realizes that she has a large body shape, but does not take it negatively. In 2018, Anika's dance movie began to play rapidly, and the number of followers increased rapidly from 800 to 10,000. In 2019, the number of followers has increased to 22,000. When Anika attracted attention, it seems that critics pointed out for a few months, but “I am a type of person I do n’t care about.” “The criticism comes from a new audience, and the follower rolls himself. I see it as a model. ”

Manuela Hannen and Christoph Krachten of Evangelische Stiftung Hephata, an organization that supports people with disabilities, said, “We think this is an unfounded censorship for the guidelines and moderation used by TikTok. It's absolutely ridiculous to punish victims of bullying, rather than punishing those who bully online. ' Raul Krauthausen, a human rights activist, said, “It's always difficult to protect victims who need help. Not all people with disabilities are the same. If there are people who are good at dealing, there are others who are not. Like those who don't have. '