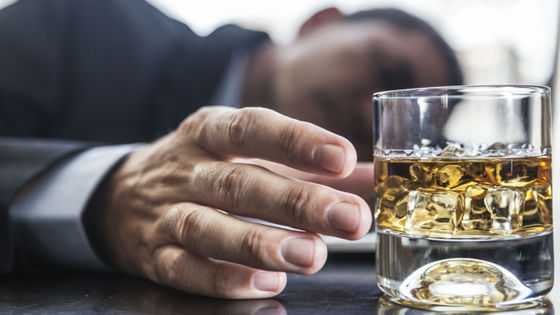 One shot of ketamine could reduce problem drinking
https://medicalxpress.com/news/2019-11-shot-ketamine-problem.html

Reimmobilization of memory was advocated by Karim Nader and colleagues at McGill University in 2000. “When memories that are already stored are recalled, the memories become unstable like short-term memories. And then, the memory is re-established in the brain. Ketamine has been designated as a narcotic in Japan, but it is highly effective as an anesthetic and has been confirmed to reduce depression symptoms . Ketamine is thought to interfere with the process of “re-establishing memory” after becoming unstable.

The research team collected 90 heavy drinkers who mainly liked beer. These subjects averaged 30 pints per week (about 17 liters) on average, and were on a daily basis with about five times as much alcohol as recommended by the doctor. None of the subjects had a diagnosis of alcoholism.

In the experiment, subjects were asked to look at photos of drinks such as beer, orange juice, and wine, and then evaluated the joy of drinking beer. According to the research team, seeing photographs and thinking for evaluation stimulates the “reward system for drinking beer”. The experiment was conducted for 10 days. On the first day, after the evaluation, the subject actually beered, but from the second day, the beer was not given, prompting “stabilization of memory”. Then, ketamine was administered intravenously to subjects with unstable memory about drinking beer, which prevented re-establishment of memory. Moreover, as a control group , in addition to subjects who had ketamine injected after destabilizing memory, subjects who had been injected with physiological saline after destabilizing memory, and a series of evaluations were performed by looking at photographs. We also investigated subjects who did not perform the task. Ravi K. Das, the lead author of the paper, said that the study is still in an experimental stage and that treatment needs to be optimized, then, “A useful treatment for excessive drinking and drug addiction. I hope it can be. '