What is the reason for the pros and cons of the “Short Stature” drug? The most common cause of short stature is achondroplasia , a genetic disorder that causes short stature, short limbs, and short fingers due to abnormalities called growth cartilage.

Researchers at Kyoto University have found that `` the lack of a gene that synthesizes a protein called C-type natriuretic peptide (CNP) causes achondroplasia, '' but CNP is found in the body. Because it expires in less than 1 minute, even if it was administered as a medicine, no effect was expected. So, BioMarin researchers developed a protein called CNP39 that works in the same way as CNP and takes a long time to expire. Of new drugs made from CNP39 Bosorichido was intended for 35 children from 5 to 14 years of achondroplasia clinical trials by, shows the remarkable effect that the speed at which the height is extended is almost the same as the common children It was.

BioMarin claims that vosolitide is not intended for the treatment of short stature, but only for the purpose of “preventing complications associated with achondroplasia” such as spinal abnormalities, sleep apnea, and hearing loss. It is a thing. However, it takes decades to prove that vosolitide is effective for lifelong disability complications. Therefore, BioMarin has taken a method to verify the effectiveness of vosolitide as a pharmaceutical product by confirming that height has grown normally in clinical trials for children with achondroplasia.

This has been counteracted by some parties centered on members of Little People of America (LPA), a non-profit organization that has been committed to overcoming discrimination and prejudice against short stature for many years. LPA, whose slogan is “Dwarf pride”, regards short stature associated with achondroplasia as “a personality that should be respected, not a disorder that requires treatment,” and the idea that its identity is the subject of treatment. It was unacceptable.

Becky Karan Kecla , a achondroplasic participant who is doing lectures, said about the development of vosolitide, “people feel that this is an attempt to eliminate the short stature community. Some people say it is useful, but who knows it? '

Biomarin became the LPA sponsor from 2019, and the LPA for LPA was sponsored by LPA since 2019. When I donated to. When the LPA board of directors announced this, the LPA Facebook page received many accusations. In response to this, when LPA held an emergency meeting in San Francisco in July 2019, the hotel hall that was opened was filled with the anger of LPA members.

LPA member Monique Conley recalled, “When I found the BioMarin logo in the sponsor column of the LPA brochure, I was struck by the slap. It ’s not a charity, so I did n’t need any money from BioMarin. ” 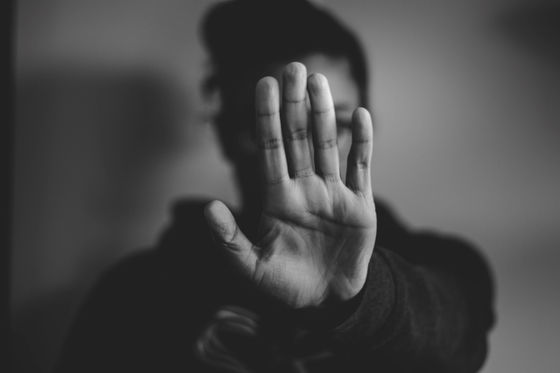 In response to this voice, Mark Povinelli, who attended the meeting as a representative of the LPA, said, “The world will soon be available for children with achondroplasia to use vosolitide. 'I need to have an opportunity to know about vosolitide, no matter how unpleasant,' he said.

While there are parties who oppose the development of vosolitide, there are also voices that welcome 'If you have vosolitide when you are a child'. Chandler Crew, who has achondroplasia, received bone extension at the age of 16. There were pains that could not be suppressed with painkillers, and there was a risk of having to have another operation in the future, but Mr. Crew said he did not regret the operation. Mr. Crew, who extended his arms and legs in two operations, got a height of 5 feet (about 152 cm) and extended his hand to his head to shampoo or drive an automobile without using an extension pedal You can now. However, as a merit that I had not thought before surgery, I feel that I can talk with a glance rather than looking up at people from below.

Crew said in an interview with the news site STAT centered on medical information that 'I don't have a 'Dwarf pride'. Sometimes you're not a disabled person, just short' There is, but at that time, “I ask, why do I have to go to the hospital frequently?”

John Phillips, a pediatric geneticist at Vanderbilt University and a long-time doctor of achondroplasia, said: “I am concerned that some people think vosolitide is a cosmetic medicine. “Every time I see a patient with achondroplasia die, I know that achondroplasia is a life-threatening thing.” Mr. Phillips himself had a friend with achondroplasia, but he died a while ago. The direct cause of death was a fall when using a toilet that was too tall for his height, but Phillips' friend said that achnoplasia caused numbness of the lower limbs and painful spinal canal stenosis. I suffered from illness . Mr Phillips believes that if he had vosolitide, he could prevent his friend's spinal stenosis and that his friend would never have died.

Some parents who have children with achondroplasia want vosolitide. Amer Haider and Munilla Shamim, the founder of Growing Stronger, a nonprofit organization that supports research on achondroplasia, have three children, one of whom is Armin Haider Is achondroplasia.

Photograph of Mr. Heider and Mr. Shamim and their three children. The rightmost is Mr. Armin Haider. Mr. Heider visited LPA's meeting to raise funds for the establishment of Growing Stronger, but at that time he said that 'What you are doing is like a slaughter.' Mr. Heider said at that time, “I later realized that there is a big element in self-identity in the chondrogenic community. I came to it and said,“ I want to do research to deprive you of your money. If you say 'Please, it's natural to get a fierce reaction.'

However, there are not a few LPA members who agree with Mr. Haider's idea, and Mr. Haider has raised $ 500,000 (about 54.47 million yen). With this fund, Mr. Heider supports the research of achondroplasia all over the world and provides free medical information to the achondroplasia community.

Heider also has his son, Ermin, who has achondroplasia, participating in a biosolin trial conducted in January 2018 by BioMarin. Mr. Heider doesn't know if the drug that Armin was given in the trial was vosolitide or a placebo for the control experiment, but after the trial, Armin's height grew and he was good at exercising. He said he was able to swim 1 mile (about 1.6km) at the summer camp.

Mr. Shamim, Armin ’s mother, said, “It makes me hurt when I think about the bullying that she faced at the playground and why I was told why she was so short.” In addition, in the discussion between the couple when Armin participated in the clinical trial, the issue of 'Isn't the identity cultivated by the struggle that the height of Mr. Armin's height grows that the height is low is lost' in the topic? It did not go up. “For us, respecting shortness as an individuality and treating with bosolichid are not incompatible,” Shamim said.