“Instead of throwing goldfish into the toilet,” a goldfish shelter has been created in the aquarium. Although the goldfish was obtained as a prize for festivals, etc., the Paris aquarium in France has set up a `` refuge for goldfish that can not be kept '' in response to the situation that the owners can no longer keep it and flow to the toilet . Of the approximately 1,000 goldfish swimming in a huge aquarium, 600 are goldfish that live in the “second fish life” taken from ordinary households.

In the movie ' Finding Nemo ', the main character Nemo was drawn into the toilet and reached the sea, but there are many people who actually throw goldfish into the toilet. In reality, however, toilet water does not flow directly into the sea, but passes through wastewater treatment plants. For this reason, many goldfish that have been washed away in the toilet die without returning to nature, but rarely flow into the pond and destroy the ecosystem. The act of “flowing goldfish into the toilet” is regarded as a problem both in terms of sacrificing the life of the goldfish and in terms of its impact on the ecosystem. 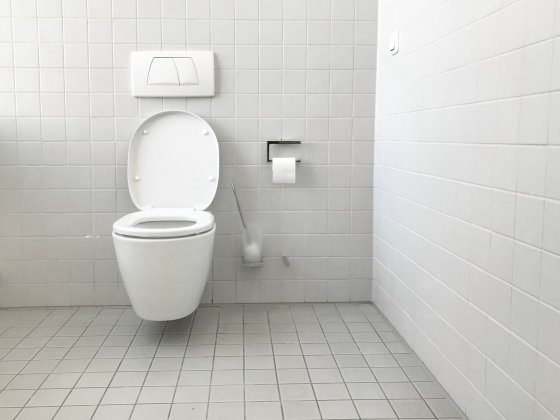 In Japan, it is common to keep goldfish triggered by festivals, but in France and Paris it is often the case that you keep goldfish obtained as a carnival prize. However, most of the parents and children who got goldfish are not familiar with their ecology and how to keep them, and even if they are wild, even small goldfish will grow to 30cm in 5 years and will not know that they will survive for up to 30 years. In fact, the average family in Paris does not have enough space to have a water tank with a filter large enough to keep goldfish. Goldfish can only grow up to 5cm in a small aquarium.

To solve this problem, the Paris Aquarium has opened a “goldfish shelter”. A large aquarium containing 40,000 liters of water is used for the second fish fish that is no longer desired at home. The aquarium is filled with goldfish from home almost every day, and 600 out of 1000 goldfish were 'rescued'.

The goldfish shelter in the Paris Aquarium can be confirmed from the following movie.


This is a goldfish tank in the Paris Aquarium. You can see that it is quite a size compared to human size. Goldfish of various colors and sizes are swimming. 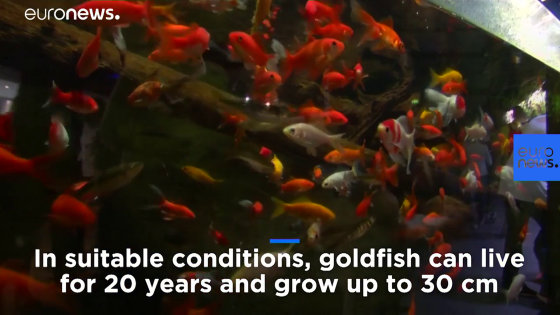 There seems to be a fairly large goldfish. 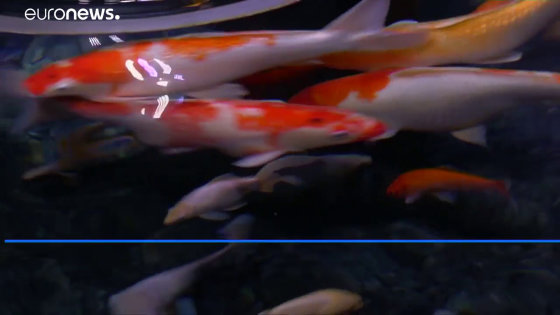 Visitors sink the fishbowl in the aquarium and release goldfish that cannot be kept at home. According to Da Forno of the Paris Aquarium, goldfish collection will continue and will be used to educate the general public. “The goal of this program is to give people choice and educate them about what they need to keep goldfish at home. We want to raise people's awareness,” Forno said. In fact, goldfish exhibits are popular among aquarium content and are also useful as educational resources.