What is the cause of the mysterious rule that 'Amr' who made a flight reservation is named 'A'? 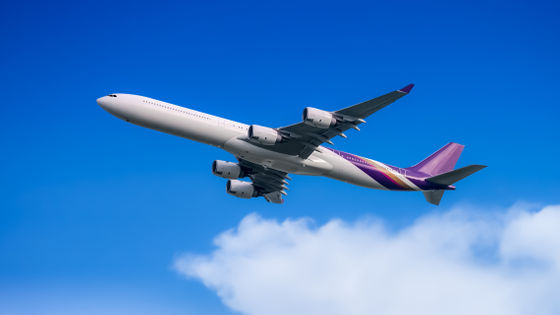 Amr is a male name used in the Arabic-speaking world, and is also the name of the Muslim hero Amru Ibn al-Earth, who was active around the 7th century. One of the names. Amr Eladawy, a software engineer with such a venerable name, was worried that the name was not printed on the aircraft ticket.

Eladawy created a thread titled 'My name is always in trouble when booking a flight' on Travel Stack Exchange , a forum for exchanging information about travel, and how to make a reservation with a decent name I asked the net user for help.

According to Eladawy, when you make a flight reservation online, the name 'Amr' will be 'A'. Even if you didn't become 'A', your first and last names will be swapped, or 'AMRMR' will be printed, so your name and the reserved name will not match when you check in, and it will be troublesome Eladawy is complaining. 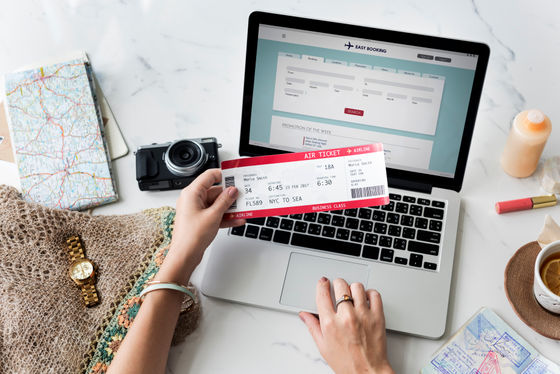 Eladawy's thread has comments such as 'If' mr 'disappears, why not apply for' Amrmr '?' 'How about applying with a different first name and last name?' However, Matthieu M., who was the engineer of IMC Financial Markets , a market research firm, received the most “helpful” votes.

According to Matthieu M., the airline industry was the first to introduce communication technology, so the airline IT systems still have specifications for long-standing systems based on teletypes . For example, the system called Amadeus Terminal Emulator (ATE) provided by Amadeus, one of the leading GDSs, is a system that internally reproduces the old system as the name of the emulator.

The current state that the aviation industry continues to use systems with older specifications is detailed in the following article. 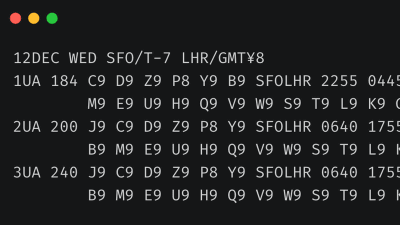 (PDF file) According to the description , ATE is converted to the character string `` NM1SMITH / JOHN MR '' if it is a passenger named John Smith, for example, `` NM '' is a name command, `` 1 '' is One passenger, “SMITH” represents the surname, JOHN represents the first name, and “MR” represents the title. If Amr Eladawy's name is expressed according to this notation, it will be “NM1ELADAWY / AMR”, but “AMR” is automatically decomposed into “A” and “MR” in consideration of the omission of spaces. I will. This was the cause of Eladawy's trouble that Matthieu M. revealed.

Matthieu M. advised, “If it is OTA , an online travel agency, there is a high possibility that we have introduced a new system that addresses this issue,” and we are using a new system. It seems that there is no measure other than using such a travel agency.

In addition, there seems to be other cases like Eladawy, and in the thread that Eladawy set up, `` If the name is written in alphabet, the end of the name will be 'jr' representing junior '', the same trouble Comments were also received from people who had, and people who had 'Mr. Test whose name is often deleted from the system' as a friend.