Regarding the latest Pokemon series '

Pokemon Sword Shield ' to be released on Friday, November 15, 2019, the suspicion of 'using data from past works' emerged from leaked information. Many protests against the producer GAME FREAK (game freak) , and “ #GameFreakLied ” (#game freak has a lie) has become a trend on Twitter.

It was a Reddit user who had an initial copy of Sword Shield that started the riot. This Reddit user has accused a considerable number of Pokemon 3D models that are almost identical to the 3DS 'Pocket Monster Sun Moon '. The following is a comparison diagram of 3D models output by analysis. The white 3D model is Sword Shield and the black 3D model is Sun Moon. 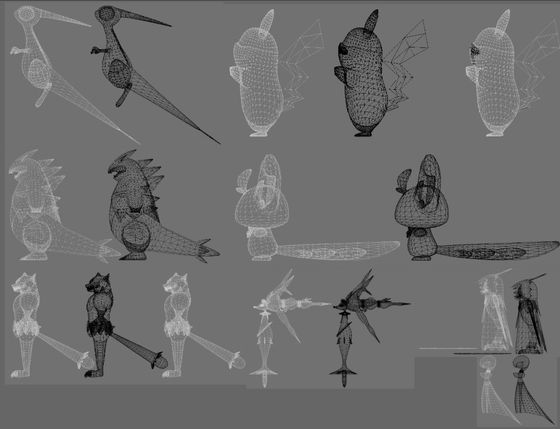 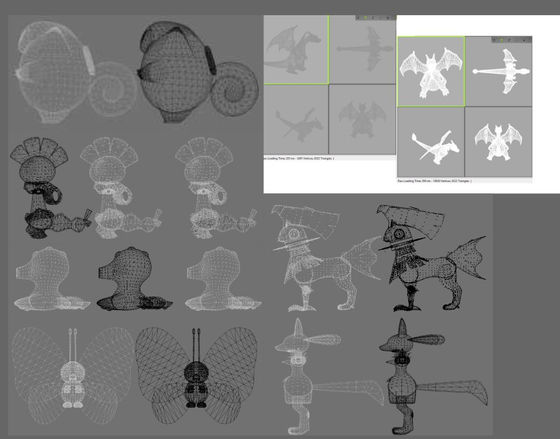 'Ve Been Going I Through The Returning Pokemon Models In SwSh And Comparing Them To The Ones From SuMo, And So Far Every Model I'Ve Checked Has (Unsurprisingly) Been 100 Pasento Identical.

It was the game freak Junichi Masuda and Shigeru Omori who bothered overseas Pokemon fans, “In order to release Pokemon on the Nintendo Switch, it was necessary to recreate the model from the beginning. , Sword Shield does not bring all Pokemon from past works . ' You can read the full interview below.

We hit Junichi Masuda and Shigeru Omori directly on “What I want to hear” of “Pocket Monster Sword Shield”. Also mention 'Pokemon story to be brought'! [E32019]-Famitsu.com Pokemon fans who raise a sad voice saying `` My favorite Pokemon may not appear in Sword Shield '' is received after receiving the announcement that I do not know whether successive Pokemon that appeared in past works will appear in Sword Shield did. In such a situation, the leak of this 3D model was reported, `` Because it was necessary to recreate the Pokemon model, not all Pokemon will appear, '' it is `` lie '' against the game freak who explained As a result, the blame was rushed.

In addition, it is Creatures who is entrusted with 3D models from game freaks that actually produce 3D models and their animations.