Facebook reports that 3.2 billion false accounts were deleted in half a year Facebook announced the 2019 Community Standards Enforcement Report on November 13, 2019 on service operations such as the removal of harmful content. Among them, it is reported that Facebook has deleted 3.2 billion false accounts between April and September 2019, more than double the previous year.

A fake account established by Facebook is an account registered with a different name or date of birth, which is created for the purpose of deceiving people clearly, those under the age of 13 or shared with others , Which avoids the registration requirements of the Terms of Service. Facebook reports that the number of fake accounts deleted from April to September 2019 was approximately 5% of Facebook's monthly active users. 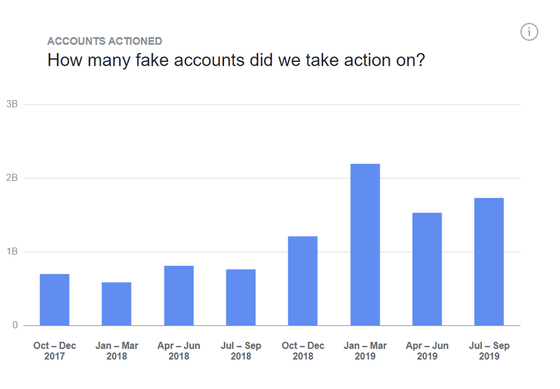 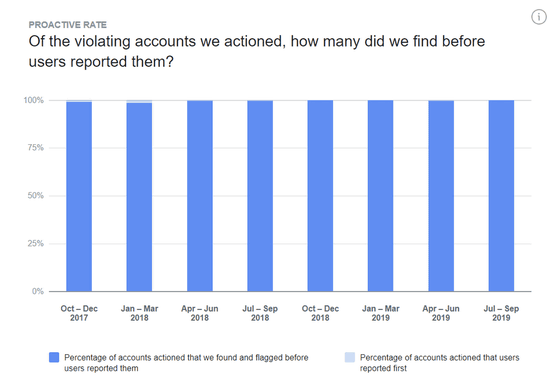 In addition, Facebook has developed a detection technology that uses machine learning to detect and flag hate speech, saying that hate speech detection capabilities have increased. The graph below shows the number of hate speech deletions, which shows an increasing trend throughout the year. In July-September 2019, about 7 million hate speeches were deleted. 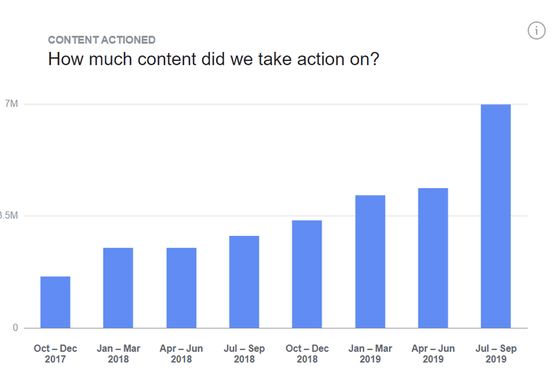 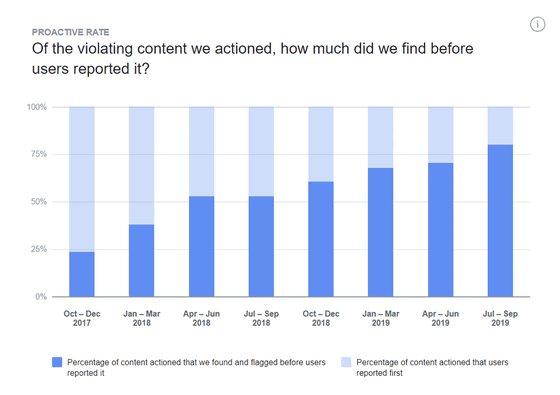 “We are pleased with advances in detection technology, but we recognize that these technologies are not perfect and that mistakes can occur,” said Guy Rosen, Facebook's Safety & Integrity division vice president. He said he will continue to invest in systems that detect hate speech and fake accounts.