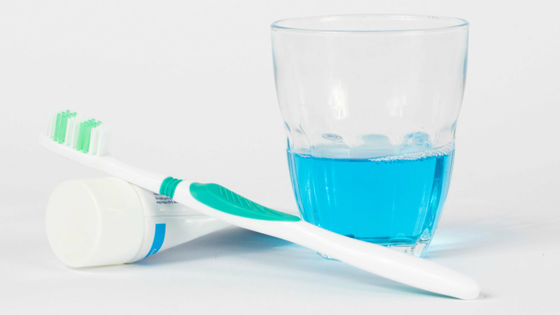 Research results have reported that rinsing the mouth with a bactericidal mouthwash after exercise significantly reduces the “blood pressure lowering effect” of exercise ”.

When a person exercises, the heart rate increases and blood flow increases because oxygen is sent into the body. As blood flow increases, vascular endothelial cells produce and release nitric oxide , which dilates blood vessels, resulting in a reaction that causes the blood vessels to dilate to accommodate increased blood flow. Even if you stop exercising and your heart rate calms down, this vasodilatory effect continues, so your blood pressure drops after exercising. As a secondary effect, arteriosclerosis is less likely to occur because the blood vessels themselves become softer when they are expanded by nitric oxide. This mechanism is why it is said that exercise has an effect on arteriosclerosis. A paper published by a joint research team at the University of Plymouth in the United Kingdom and the Genome Control Center in Barcelona, Spain has confirmed experimentally that rinsing with a bactericidal mouthwash after exercise significantly reduces the vasodilatory effect. something like. The research team had 23 healthy subjects run as room runners , and then rinsed their mouths with a mouthwash with a bactericidal chlorhexidine concentration of 0.2% and measured blood pressure. As a control group , blood pressure was also measured in subjects who had their mouth rinsed with a non-bactericidal mouthwash after exercising under the same conditions.

“It suggests that the activity of oral bacteria plays an important role in the body during exercise,” said Dr. Graig Cutler, a research team. “We plan to study the effects of oral bacteria on the movement of people at high risk for cardiovascular disease. Our study may improve the treatment of hypertension. Is there. '