How does Google dominate online advertising that continues to generate enormous profits? 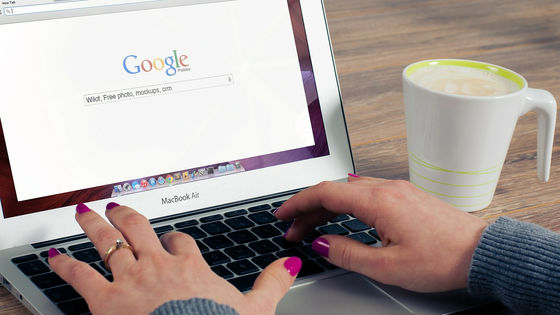 Google is a company that offers a variety of services, but is also known to rely on online advertising for much of its revenue. The Wall Street Journal explains how online advertising, a pillar of Google's business, is supposed to monopolize the market.

How Google Edged Out Rivals and Built the World's Dominant Ad Machine: A
Visual Guide-WSJ
https://www.wsj.com/articles/how-google-edged-out-rivals-and-built-the-worlds-dominant-ad-machine-a-visual-guide-11573142071

In this way, Google has tremendous power in advertising distribution services on the Internet. For this reason, Google and its parent company Alphabet are often suspected of violating antitrust laws (antitrust laws) and are often investigated by justice agencies such as the Ministry of Justice. 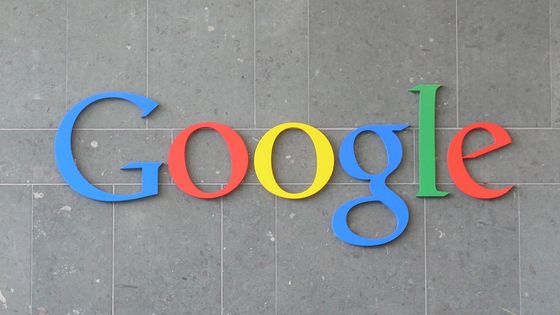 ◆ Rough flow of online advertising transactions that Google forms with DoubleClick for Publishers and AdX
In the first place, the reason why Google has great power as an Internet advertising distribution platform is largely due to the technology of the company DoubleClick that was acquired in 2008. The Wall Street Journal explains the “ Ad Exchange (Ad Exchange Market)” built by Google using this technology. The Wall Street Journal points out that in interviews with publishers and executives of advertising companies, many people have confirmed that they are dissatisfied with Google's ad exchange.

The ad exchange mechanism created by Google using DoubleClick technology is as follows.

step 1:
With online advertising, everything starts when a reader (user) visits a website. 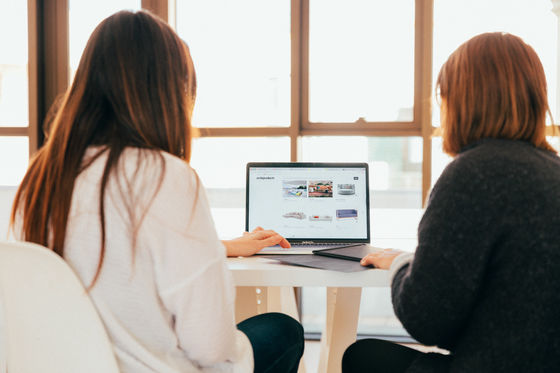 Step 2:
A user (publisher) who operates a website raises revenue by selling the free space on the website as an advertising space (advertising space) using an ad server, and displays advertisements on the site as compensation. . 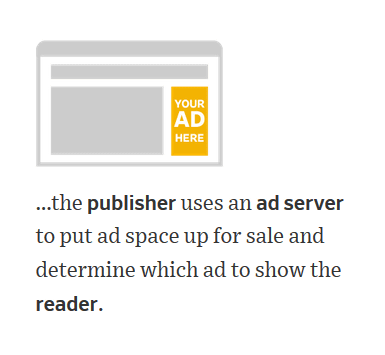 Two tools developed by Google are used at this time. The first is DoubleClick for Publishers , an ad serving server that serves ads to inventory on websites.

The other is ' Ad Exchange (AdX)', an online exchange system for trading ads in real time between buyers (advertisers) and sellers (publishers).

Step 3:
Publishers provide information such as the age, income, browsing history, and interests of users who visit your website as consideration for using tools such as Google's DoubleClick for Publishers and AdX. 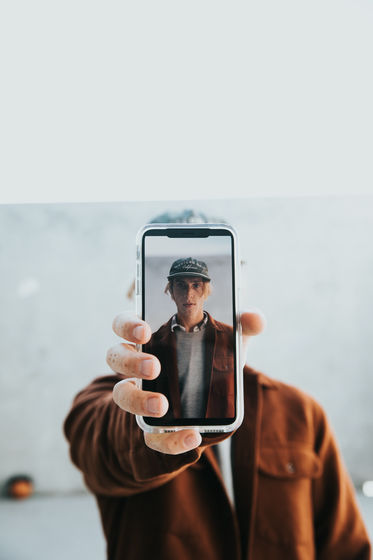 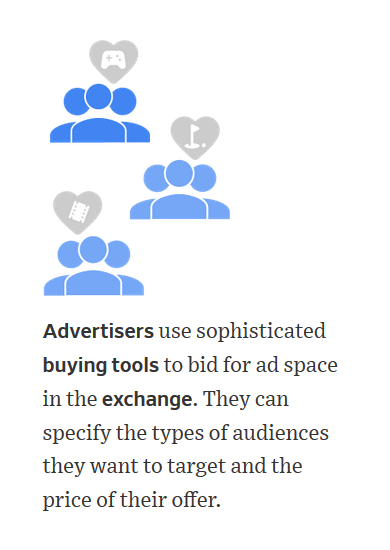 Step 5:
AdX conducts an inventory auction and the highest bidder gets the inventory. Then you can deliver ads to the inventory on the website provided by the publisher. 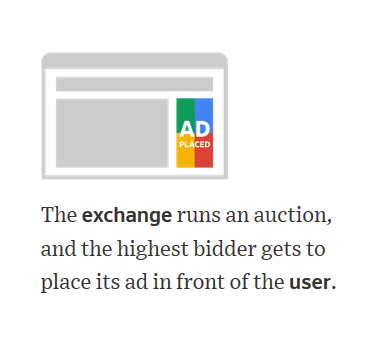 This is the general flow of the ad exchange created by Google. Some say that this system should be regulated for some time, and Senator Elizabeth Warren, who has announced that he will run for the 2020 US presidential election , has also suggested that Google's acquisition of DoubleClick be resolved. .

“Google Ads” closely associated with Google ’s ad exchange
Google said about ad exchanges that it builds and how to connect sellers and buyers of advertisements using it, “Advertisement sellers can access demand from over 700 partner companies using our technology. And one of them is Google itself, and buyers will be able to buy more than 80 ad slots using AdX. It ’s possible to meet the different demands of sellers and buyers. ”

step 1:
Google ads are a core part of Google ’s search business. When a web user searches for a word on Google ... 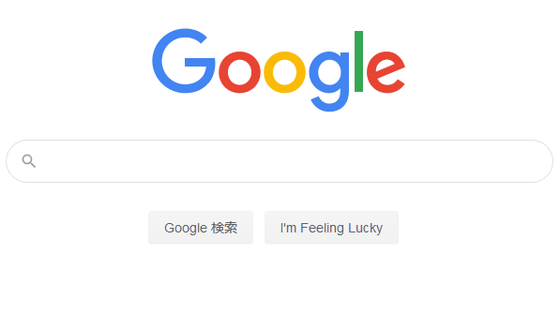 Step 2:
Ads are displayed along with the search results on the search results page. The ads shown here are based on auctions run by Google Ads. Advertisers can bid on advertising space with keywords related to the search word, so it is possible to display advertisements in pinpoints in areas where users are interested, such as “mortgage”. So it ’s a very popular ad space. 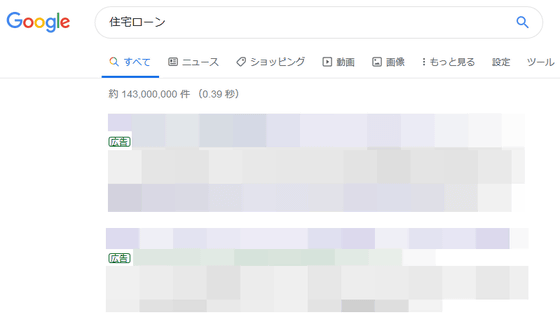 Step 3:
As with ads that appear on many websites, Google Ads allows you to purchase different types of inventory, including text-based ads as well as rectangular ads. This is the result of successfully using the inventory available in AdX. 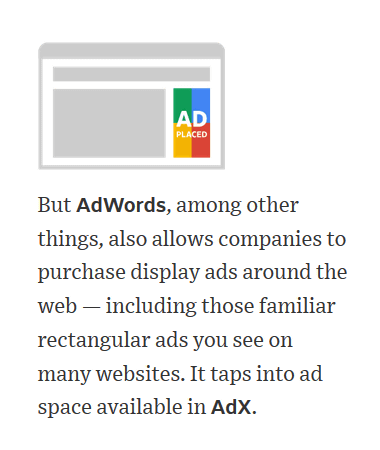 AdX has long been the only way to access the ad exchange market formed by Google. And at the time of writing the article, in addition to AdX, a platform called Google Ads is prepared to compete with AdX. However, according to a person familiar with Google's advertising products, AdX still 'takes most of' advertising demand.

Leading publishers have described the online ad delivery structure as a “deficiency” because major publishers are reliant on the demand for ads handled on Google ads.

News Corporation , the parent company of the Wall Street Journal who has been criticizing Google for many years, considered switching the advertising service used by its affiliated media from Google to its competitor AppNexus, but finally, `` AppNexus So we can only meet about 40-60% of the advertising demand that can be obtained using Google ’s online advertising tools. ”

Google advertising services, along with similar services from Facebook and Amazon, continue to fight for supremacy in the digital advertising market. According to market research company eMarketer, Google, Facebook and Amazon account for about 70% of the digital advertising share in the United States. In addition, Google's advertising revenue in fiscal 2018 is 116 billion dollars (about 12.60 trillion yen), which is a 22% increase over the previous year, accounting for about 85% of Google's total revenue.

According to the Wall Street Journal, Google encourages the use of Google ’s advertising tools by providing incentives when using its own tools. In fact, a few years ago, if you sold an ad through AdX, you were exempt from certain DoubleClick for Publishers charges.

◆ The flow of auction battle of advertising space in Google Ad Exchange
The website operator sells the free space on the site as an ad space.

Since this was a structure that lost a lot of potential profit, Google developed a function called ' dynamic allocation ' that can reserve the inventory. Then, we will create a system where AdX bids first before bidding for inventory via multiple ad exchanges. In addition, Google will be able to interoperate between multiple advertising tools that it provides to allow publishers to check for minimum bids entered by other publishers on AdX. As a result, AdX seems to be able to prepare the advertising space for the advertiser who wants to bid for the advertising space with the highest amount in the past, with the historical maximum amount + 1 dollar (about 110 yen) .

To counter this Google bidding method, the online advertising industry will devise a technique called “ header bidding ”. This technology allows multiple ad exchanges to compete for inventory in a real-time auction, but Google refused to include AdX in header bidding, so header bidding did not completely eliminate Google monopoly did. Instead, it seems that the header bid winners have competed against AdX. However, the Wall Street Journal has questioned its superiority, `` Google seems to be participating in tournament type battles, and in fact it seems to be winning the final from the beginning '' .