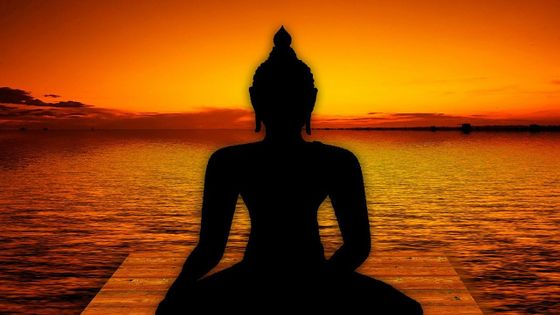 A mindfulness that says, 'Look at the moment and look at it as it is.' Has been found by researchers at the University of Zurich to have a positive effect on drugs.

Characterization and prediction of acute and sustained response to psychedelic psilocybin in a mindfulness group retreat | Scientific Reports
https://www.nature.com/articles/s41598-019-50612-3

Sirocibin is a hallucinogen contained in magic mushrooms and is subject to crackdown in many regions along with LSD, but it has been suggested that it may reduce psychological distress and suicidal ideation . It may be used for medical purposes.

Therefore, a research group such as Franz X. Vollenweider, a psychiatry professor at the University of Zurich, gathered 202 Zen- experienced people to examine the interaction between sirocibin and a mindfulness experience. After that, 40 people who passed the examinations such as health checkups, psychiatric tests and drug abuse history had a total of 5 days of “mindfulness experience”.

The mindfulness experience, specifically, under the guidance of the Zen of experts ' Zen meditation and' walk while chanting sutras ' Keigyo ', carry out the labor work as part of the training ' SakuTsutomu the' 1 Doing 15 hours a day. In addition, subjects who were experiencing were examined using an indicator called the Toronto Mindfulness Scale (TMS), which quantifies the depth of meditation in a psychotherapeutic manner. On the fourth day, participants were divided into two groups, a double-blind, placebo-controlled trial in which sirocibin was given to the experimental group and sham drug was given to the control group.

The result is the following graph. If you look at the results of the 4th day, you can see that the experimental group that received sirocibin indicated by the red line has a significantly higher score than the control group indicated by the blue line. 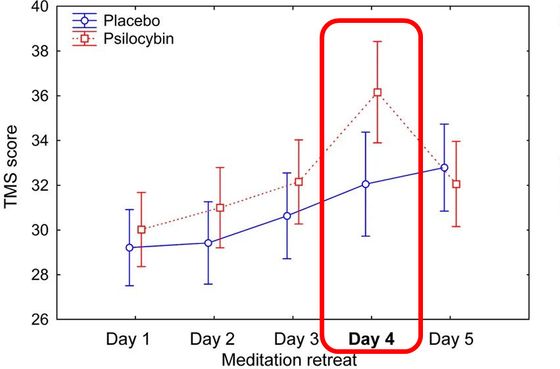 Similar results were obtained in a questionnaire asking about the depth of meditation. 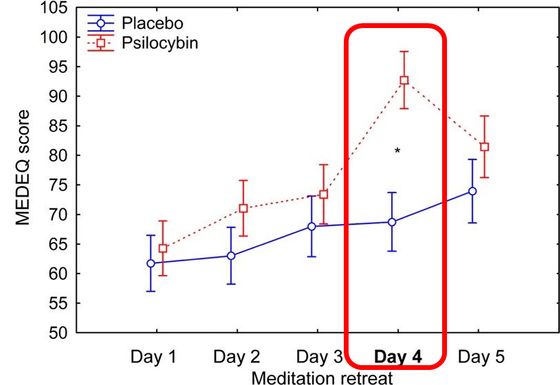 In addition, a survey that asked 'I feel my life changed' four months later also showed a positive impact on the experimental group. Items from the left are 'thanks to life', 'acceptance of self', 'compassion for others', 'interests in secular evaluation', 'interests in society', 'exploration of meaning', 'spirituality', 'devotion' 'Understanding of death', blue bar graph shows the response of the control group and red bar graph shows the response of the experimental group. In many positive indicators, the experimental group outperforms the control group, and the negative indicator “interest in secular assessment” shows a significant drop in score. 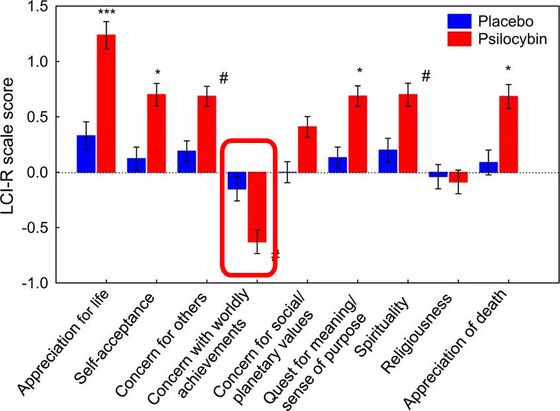 Vollenweider commented on this study: “We found that mindfulness training improved the positive effects of sirocibin over time, resulting in increased empathy and reduced self-centeredness . It helps to treat depression with lack of sexuality and self-attention . '