art fireworks series held in various places in Japan such as ' Kyoto Art Fireworks ', Sapporo, Nagoya, Miyazaki, you can see beautiful fireworks balls produced by some of Japan's leading fireworks artists and fireworks entertainment that synchronizes music. .. In 2018 and 2019, a new trial of a fireworks display for specific artist fans began, such as the Chigasaki Southern Art Fireworks, which consisted of only Southern All Stars songs. On November 3, 2019, the fireworks festival limited to QUEEN 's songs will be held in Osaka, so I actually went to see what kind of fireworks festival it is. You can see the fireworks that are released in conjunction with the investigation of Freddie Mercury's masterpiece ' The Show Must Go On ' in his later years in the following movie. A production using 'fireworks fired right beside', which takes advantage of the fact that the venue is set up by the sea, is also incorporated.


Many fireworks companies participate in the art fireworks series, including this fireworks display. 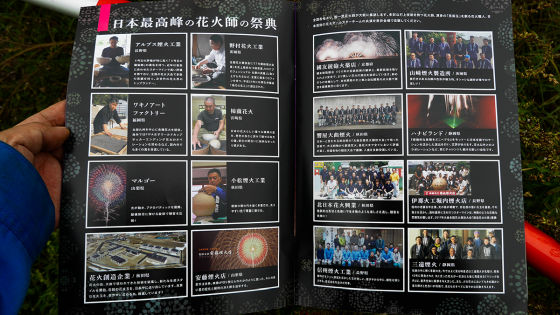 Pyrodigital is used for the igniter that issues the order to launch the fireworks of these fireworks companies... 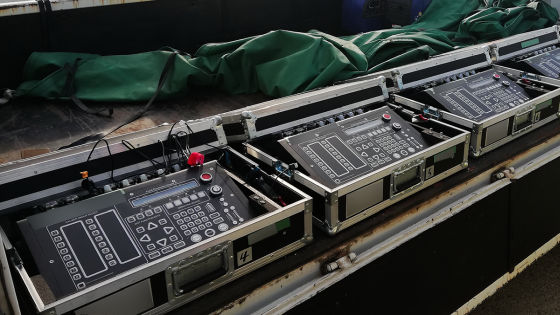 Programs such as 'What fireworks are launched at what timing' are created by Ryo Oya, pyrotechnician choreographer of On November 3, 2019, the scene of the venue around 16:00 on the day of the fireworks display. Audiences are entering the venue one after another. As it is a fireworks display limited to Queen's songs, in addition to the T-shirts and bags limited to the competition, a guitar of a special model with the motif of Queen's guitarist The event from the opening at 14:00 until the fireworks launch is also QUEEN. Music videos, live footage, and bonus footage of the movie

Bohemian Rhapsody will be played on the large monitor on the main stage. Singing along with QUEEN's music, and hearing the voice saying 'Aeo' from the venue when 'Aeo' was called, it was a great excitement only at the venue where fans of a specific artist gathered. It was In front of the stage, Freddie Mercury look-alikes and masked people perform according to the image. Around 17:00, many people gathered in the venue. 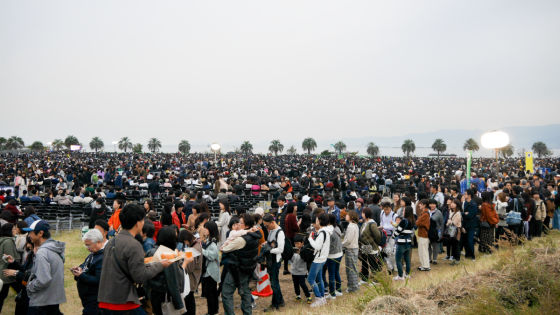 At 6:00 pm, launch will start. The first part, 'Art Fireworks Lecture,' started with a commentary by fireworks critic David Karasuma about the types of fireworks and points to see fireworks. At the final scene of this corner, the wide-ranging fireworks launched from Breakthru '. Fireworks are launched one after another according to the uptempo rhythm. On the way, fireworks called “tiger” like the tail of the tiger on the lower side were released almost right next to it, and it is a production that is unconventional only at the venue by the sea. 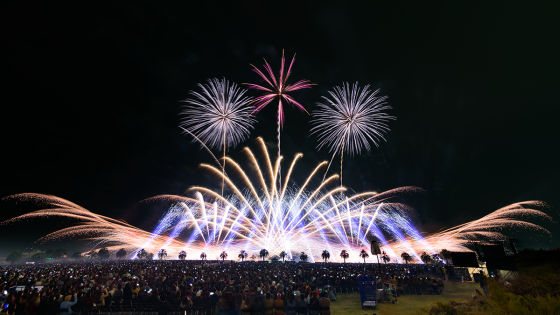 The second song is '

I Want It All '. During the interlude that switched to upbeat, there was the production of innumerable small fireworks jumping out from the barge on the sea and falling into the sea. Radio GaGa (Live) ', the clapping in the scene where 'Radio GaGa' is screaming is synchronized with the fireworks that make a sound. The fifth song was '

Hammer To Fall (Live) '. Wide fireworks were also seen, in which a large fireworks ball was launched diagonally low from the ship. The sixth track is one of Queen's representative songs, '

We Are The Champions '. In the chorus part of the song that begins 'We Are the Champion', the production was not a flashy production, but a soft fireworks display. I always watched the fireworks while listening carefully to the melody of the part that was drowned out by the fireworks. I was Born To Love You ', a big beautiful fireworks show up in response to Freddie's singing. 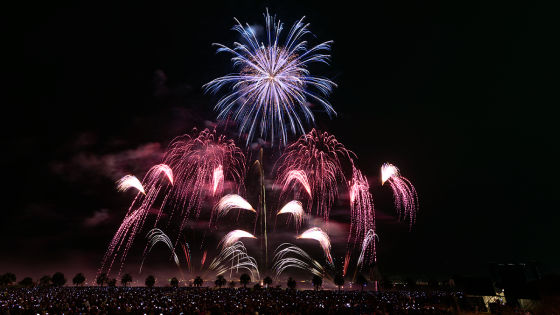 Bohemian Rhapsody '. The fireworks launch, but the music stops. I heard cheers from the venue saying, 'Do your best.' Stop the fireworks and wait for the sound to recover. 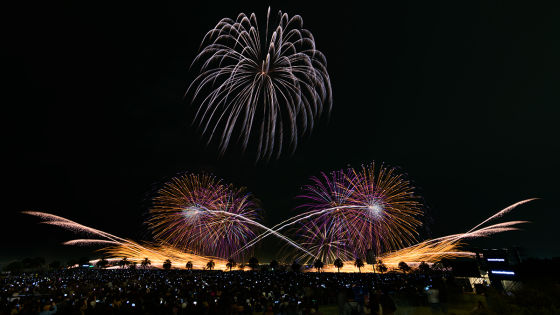 After being interrupted for about 5 minutes, the fireworks resumed from where they stopped. The eleventh song, 'The Show Must Go On,' is one before the last, so there is a large amount of fireworks and a wide range of fireworks will be shot up at the required points. You can see the fireworks of 'The Show Must Go On' in the following movie.


The 12th song, the finale was ' Too Much Love Will Kill You '. It is not a showy finish, but a one-on-one artistic shakutama show. 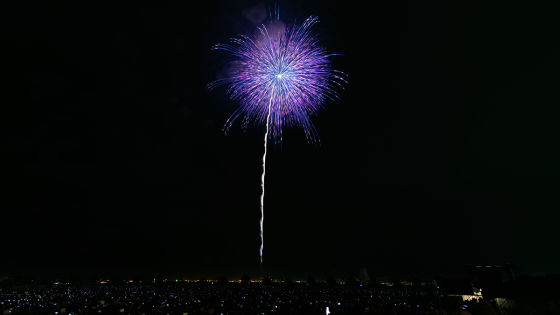 About 19 shots went up, and the song was over. Applause gushes from the venue. 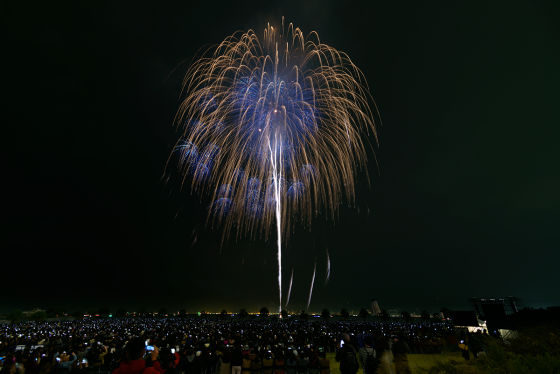 This is the end of 'QUEEN SUPER FIREWORKS ~Yozora no Rhapsody~'. I asked the people who stayed in the audience seats to check the fireworks that they recorded with their smartphones, and asked people who are preparing to go home slowly about the fireworks.

I was impressed by the fact that I didn't think that fireworks and music would be in sync with each other, and the impression that 'fireworks are so beautiful that I enjoyed them more than I expected with the songs from QUEEN.' Seems to have been well received. It was a fireworks display where you can feel the unity of the audience coming to the venue as fireworks for specific artist fans. There is also an impression that people who came because it was a QUEEN event saw the fireworks that synchronized with the music, 'I learned a new way to enjoy fireworks', gathering fans in some specific field etc. By combining it with fireworks, it may be a new form of fireworks event, 'Is it a chance to convey the fun of fireworks to people who have never been interested in fireworks before?'

The art fireworks series ``QUEEN SUPER FIREWORKS ~Yozora no Rhapsody~'' will be held on November 16, 2019 as `` Tokyo Bay Urayasu Art Fireworks '' and on November 30, 2019 as `` Miyazaki Seaside Art Fireworks 2019 ''. It has been. The set list will be different, and the fireworks production will also change according to the composition of each venue in Urayasu and Miyazaki, so even those who saw this Osaka fireworks can enjoy another impression again. You can check the details of each event on each homepage. 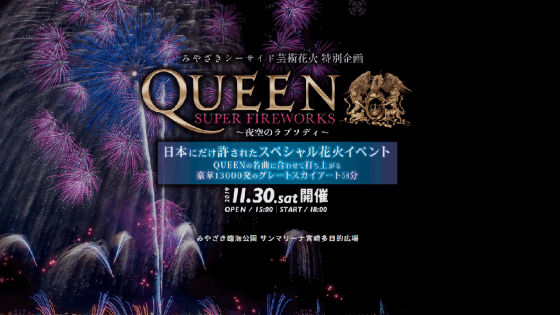